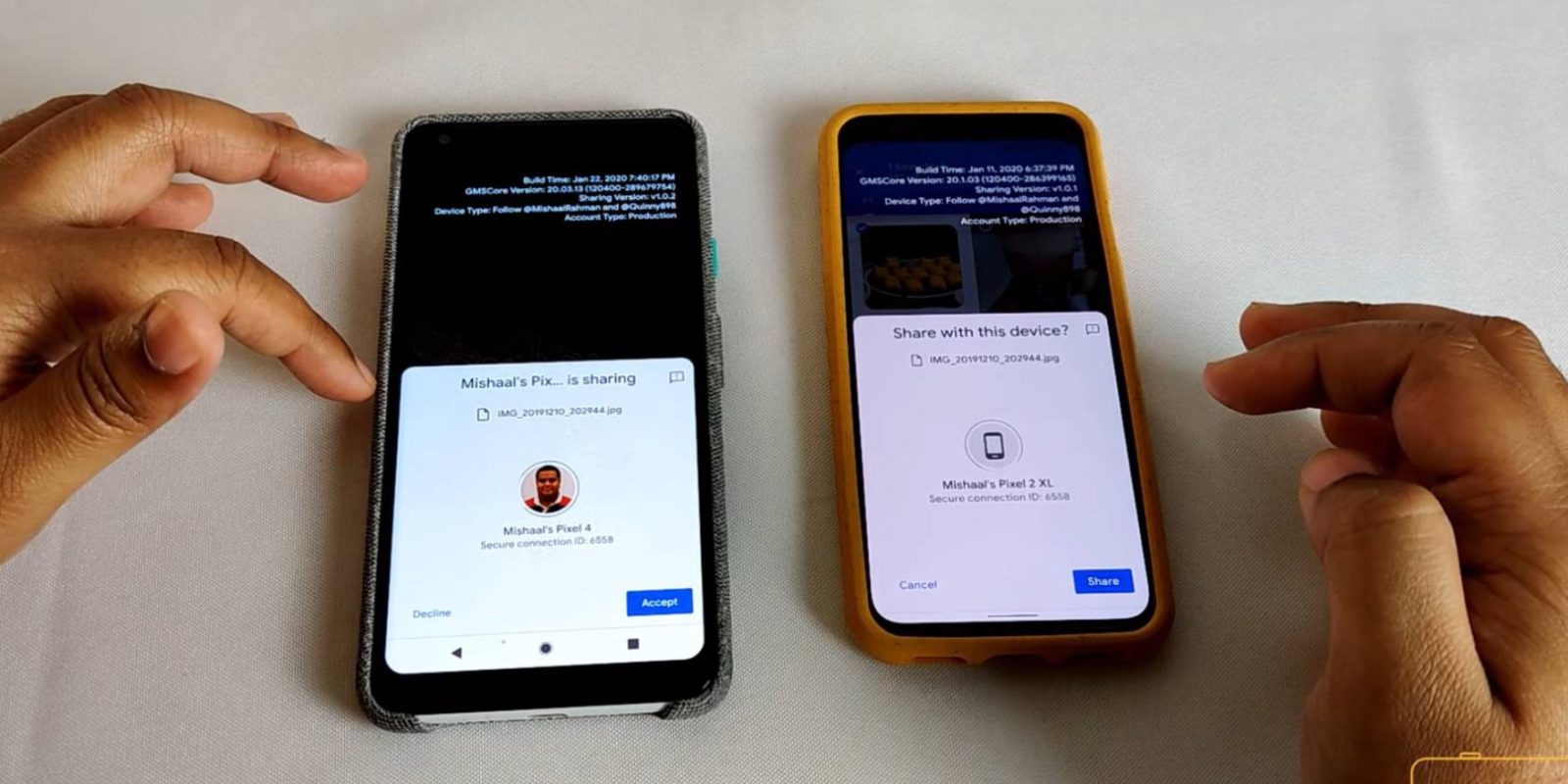 For the past several months, Google has quietly been working in the background on a new feature for Android. Called “Nearby Sharing,” this feature is basically a clone of Apple’s handy AirDrop service for iOS and macOS, except this one works on Android and possibly other platforms. Today, we’re finally getting a look at this new feature in action.

The folks over at XDA-Developers have been closely tracking the Nearby Sharing feature on Android as Google has made slight tweaks since we first broke the news on what was previously “Fast Share.” In the past months, we’ve seen some slight UI tweaks and, more recently, the renaming to Nearby Sharing.

That leads us to today where XDA has managed to get Nearby Sharing actually working on a couple of Pixel devices. In the video below, we can see this upcoming feature fully activated on a Pixel 2 XL and Pixel 4. This reveals in more detail what options the service will have to offer users.

For example, in the settings page for Nearby Sharing, there are a handful of options. This includes setting up a new name for your device, limiting sharing to contacts, and even how you want your data sent. Options are available for using Wi-Fi only — the primary method of transfer — using mobile data for very small files, and even an internet-free option.

In the video, Mishaal Rahman explains that, just like AirDrop, Nearby Sharing uses Bluetooth on your Android device to connect the two devices to each other initially before sending data over Wi-Fi. He also explains that Google uses location services to identify how close devices are to ensure you don’t get random requests from a distance. A disclaimer mentions a 1-foot distance requirement, but we’d speculate it’ll probably work with a bit more distance in between.

Later in the video, we can actually see some transfers in action, but it doesn’t run perfectly. Sending images works without a hitch, but one of the videos attempted fails while another works. This feature is still being built by Google and isn’t completely finished yet, so things will probably get improved over time.

When are we expecting Nearby Sharing to arrive? At this point, it’s unknown. However, since this is tied to Play Services, Google can technically flip the switch on Nearby Sharing for millions of Android devices instantly. Notably, another XDA user was able to get the feature working on a OnePlus 7T Pro as well.

Video and article on @xdadevelopers pic.twitter.com/o4m2umFB4T