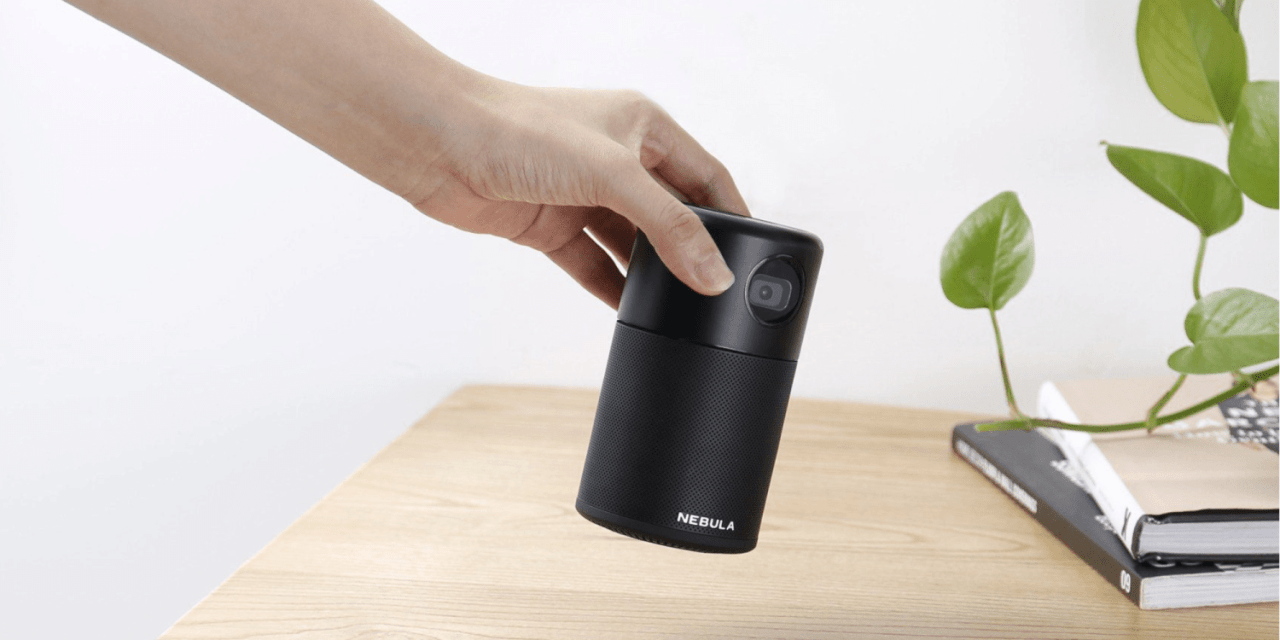 Monday’s best deals include Anker discounts from $8, the LG G7 Thinq, and the latest wireless earbuds from Sony. Hit the jump for all that and more in the latest 9to5Toys Lunch Break.

AnkerDirect via Amazon offers its Nebula Capsule Smart Wi-Fi Projector in Black for $250. As a comparison, you’d typically pay around $300 for this projector and today’s deal is $16 less than our previous mention. This is the best price we’ve tracked in months. Built-in streaming services deliver Netflix, YouTube and more with the push of a button. Includes one HDMI input.

I’ve been using Anker’s Nebula projectors for about a year now, and I’m a big fan of its portable design, which makes it perfect for watching movies outdoors or wherever you have a big wall available, with its 100-inch screen capabilities. Check out the entire sale here.

Headlined by a 6.1-inch display, LG’s G7 ThinQ smartphone runs Android Pie, sports a Snapdragon 845 Octa-Core CPU as well as 4GB of RAM and 64GB of onboard storage. Dual 16MP cameras are complemented by a rear fingerprint sensor. Plus with expandable storage, you can leverage an up to 256GB microSD card to store additional photos and other content.

Amazon is currently offering the Sony WF-1000XM3 Noise Canceling Truly Wireless Earbuds for $198. Typically fetching $230 at Best Buy and direct from Sony, today’s offer is good for a $32 discount and matches our previous mentions for the Amazon all-time low.

Sporting the true wireless design that has become so common these days, Sony ups the ante on its pair of earbuds with “industry leading” noise canceling. Other notable features like up to 24-hours of battery life, touchpad controls, and adaptive sound control make these a compelling option. We found that to be the case in our hands-on review.

Save on TicWatch Wear OS smartwatches

Mobvoi has kicked off a pre-Valentine’s Day sale on its collection of TicWatch Wear OS smartwatches via its official Amazon storefront headlined by the S2 at $144. Usually selling for $180, today’s offer saves you $36, is the second-best offer we’ve seen to date, and comes within $9 of the all-time low.

Powered by Wear OS, the TicWatch S2 sports a rugged design that’s waterproof for up to 50-meters. It comes equipped with built-in GPS and heart rate monitoring capabilities, as well as 2-day battery, and a 1.39-inch OLED display. There’s also a suite of fitness tracking features provided by Google Fit and TicMotion. Rated 4+ stars from nearly 65% of customers and you can dive into our hands-on review for more. Shop the rest of the smartwatch deals in Mobvoi’s TicWatch sale right here.

Amazon is offering the Tenda Nova 802.11ac Mesh Wi-Fi System (MW6 2-pack) for $71. Having fetched an average of $92 over the last 3-months, today’s deal is $20 off and is a price we haven’t seen beaten in several months. This 2-node mesh system is capable of blanketing a 4,000-square foot space in 802.11ac Wi-Fi with speeds reaching upwards of 1,100Mbps. Dual Gigabit Ethernet can be found on each router, allowing you to easily run a physical wire to devices throughout your home.