With each year’s upgrade to Android, folks are normally looking for exciting visual changes, and to an extent, Android 11 delivers, with the new Bubbles API and changes to conversation notifications. That said, a great deal more lies underneath the surface of Android 11, with Google putting significant focus on privacy and security.

For the past few years, Google has been making permissions a core part of the Android experience, putting us all in control of what we are willing to share with our apps. Permissions have become more fine-grained, moving away from the “all-or-nothing” style of app permissions, and even bringing options like, “Allow only while using the app.” This has gone a long way toward keeping sensitive data out of unwanted hands.

The latest advancement in Android 11 permissions — available for the Location, Microphone, and Camera permissions — is the ability to only allow an app to use a given permission once. The next time you open that particular app, it will ask your permission all over again. While this may sound like a bother to some people, it should give the privacy-conscious peace of mind that their apps are not constantly able to listen to conversations or track locations. 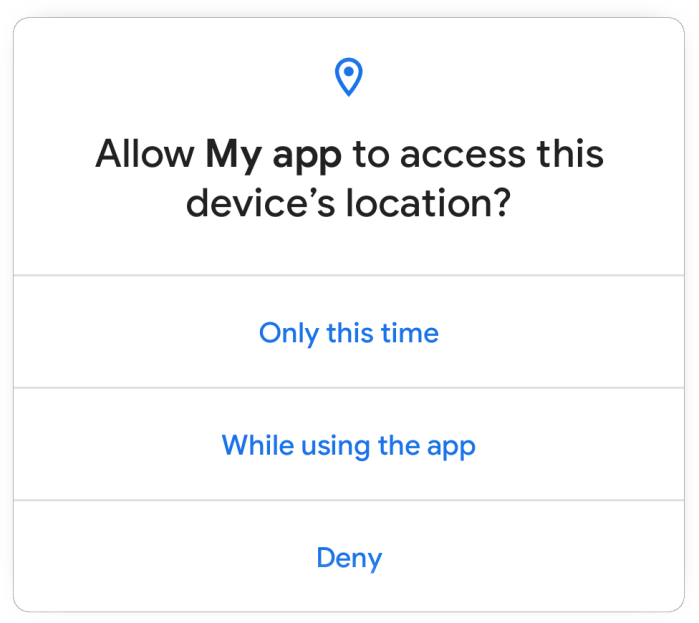 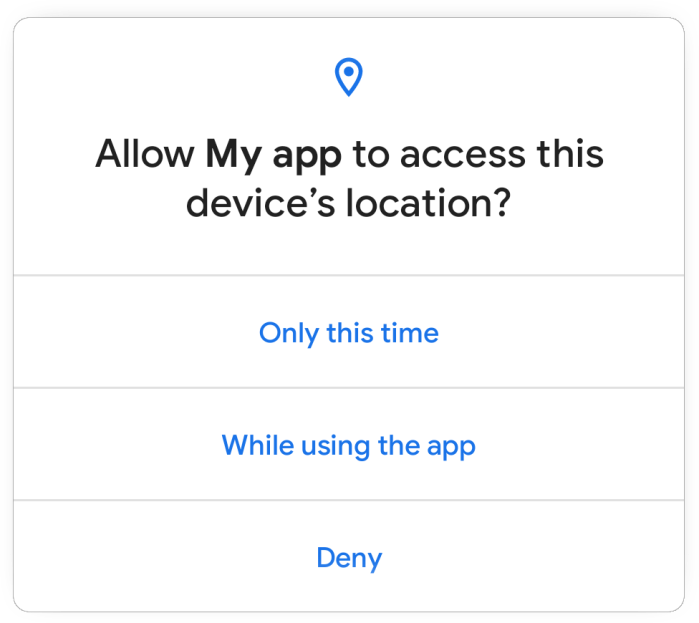 Elsewhere on the permissions front, Android 11 is once again pushing for the somewhat controversial change to “scoped storage.” Debuting as an (eventually) optional feature in Android 10, scoped storage keeps each of your apps in a kind of data “sandbox,” which keeps apps from reading outside data without your explicit permission.

Google is hoping that with the extra year of awareness around scoped storage and an extended Android 11 Developer Preview period, app developers are more prepared for scoped storage to become the new default. If you’re a developer who needs to prepare for scoped storage, be sure to start with the fantastic, in-depth talk given at the 2019 Android Dev Summit.

On the security side of things, Google is putting an emphasis on biometrics (fingerprint sensors, face unlock, etc.) in Android 11. Between changes to the native BiometricPrompt API and its backwards-compatible availability in AndroidX, it should be easier than ever for developers to securely support things like the Pixel 4’s Face Unlock instead of only older fingerprinting capabilities.

Finally, the most exciting bit of security news for Android 11 is something we may not get to try out just yet. With new support for secure storage and identity credentials, Google has made it possible for devices with Android 11 to be used for things like Mobile Driving Licenses. Combined with Google Pay’s ability to digitally replace your credit cards, your smartphone will be nearly able to replace your wallet altogether.

Unfortunately, Google isn’t quite ready to talk about Android’s role as a replacement or backup to your ID card, but we’ll surely hear more over the coming months as the Developer Preview and Beta periods continue.