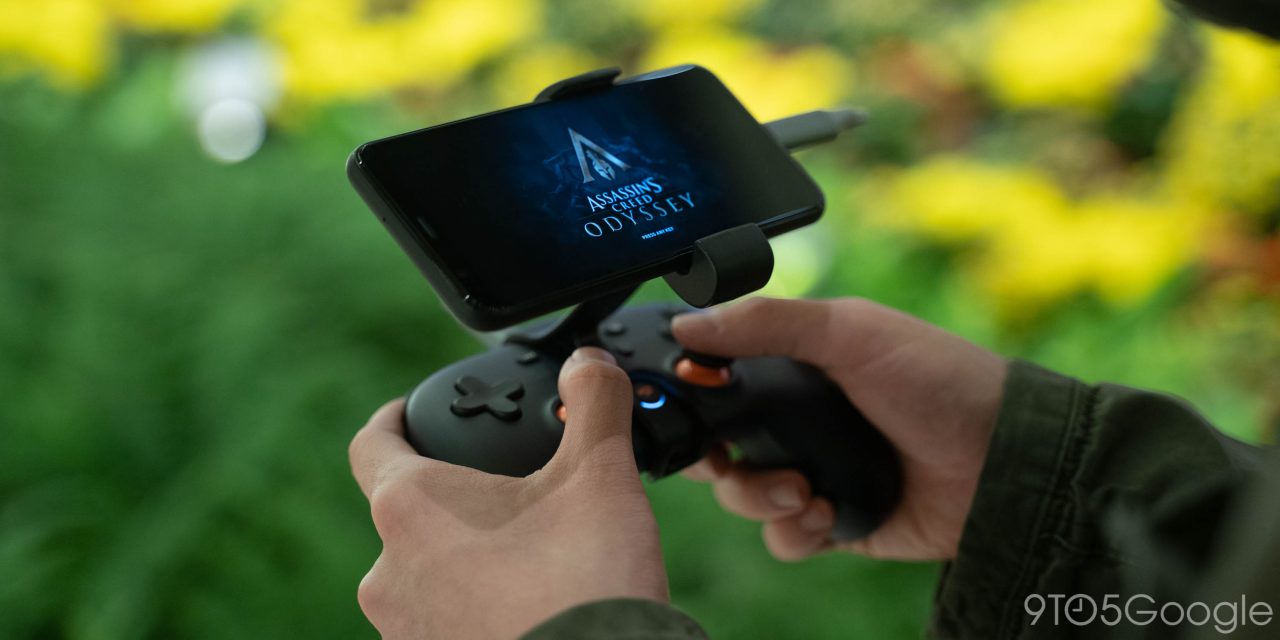 Playing AAA titles on a phone is a rather futuristic experience that helps sell the promise of Stadia. So far, that’s been limited to Pixel devices, though the goal is to have the streaming service work on every screen. Fortunately, Google is already testing Stadia on non-Pixel Android phones.

In recent weeks, reports have come in from Stadia subscribers opening the Android app on their non-Pixel devices and seeing “This screen” appear as an option underneath the swirling orange play button. This is instead of “Choose where to play” that suggests a Chromecast Ultra or computer.

They are able to start a game on Wi-Fi after connecting a third-party or Stadia Controller for an experience identical to the Pixel 2, 3, 3a, and 4. Unfortunately, access only lasts for that session, with “This screen” disappearing after exiting the current game.

This looks to be an A/B test by Google to gather data about Stadia running on non-Pixel devices. There’s nothing users can do to join this random trial. The handful of early access reports date back to December and several phones, including a OnePlus 6T, Samsung Galaxy 10e, and Note 9. They span several generations and ranges, suggesting Google could expand Stadia support to a wide swath of phones.

Google noted in November that it wants “Stadia to run on every screen eventually,” and that starting with Pixel helps optimize the experience before wider availability in 2020.

Android and iOS and whatnot. We’re starting with Pixel this year. Hope to learn a bunch, make it great and start expanding to more devices next year.