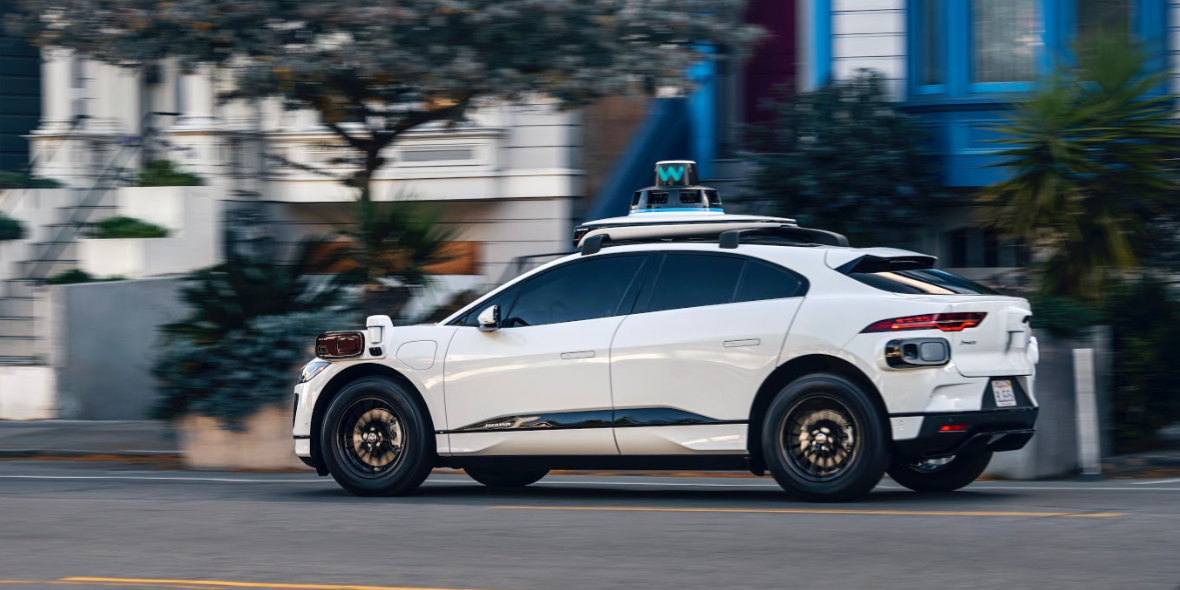 Earlier this week, Waymo revealed a $2.25 billion external investment round to help expand its offerings. That expansion is also being aided on the technological front, with Waymo today detailing 5th-generation self-driving sensors.

The “5th-generation Waymo Driver sensor suite” has been in testing for the past several months in San Francisco. Jaguar’s electric I-Paces are the first vehicles to be fitted with the latest hardware to help “enable the scaled deployment of the Waymo Driver.”

Unlike Elon Musk and Tesla, the Alphabet division has long believed in incorporating three different types of sensors to provide as much data as possible. The company previously compared it to humans using all five senses. LIDAR creates a 3-D picture of what’s surrounding the vehicle from up close to objects that are 300 meters away.

The latest system provides “higher resolution,” starting with 360 LIDAR mounted on top of the car for a bird’s eye view. Perimeter LIDAR is located on the front and rear bumper, as well as on each side just above the front wheels.

Cameras provide high dynamic range and temperature stability to account for more complex environments. There’s a front-facing long range camera on the roof, as well as a 360 vision system that can see 500 meters away. Waymo touts “much higher performance levels than cameras on cars today” to see signs, pedestrians, and other important details.

A perimeter vision system works in conjunction with perimeter LIDAR for up-close perspectives:

For example, while our perimeter lidars detect obstacles directly in front of the vehicle with precision, our perimeter cameras provide our machine learning algorithms additional details to reliably identify objects, providing more context to the traffic scene.

Lastly, there’s radar to “instantaneously see and measure an object’s velocity.” In addition to what’s in motion, Waymo’s new system can track barely moving or stopped objects, thanks to higher resolution and enhanced processing.

Our decade of testing in the real world has taught us that it is beneficial when radar on self-driving vehicles provides the system with a persistent view of their entire surroundings.

Waymo’s 5th generation sensors combine to make vehicles aware of what’s happening around them as early as possible, and make sure the fleet can be deployed to more places, regardless of the weather or terrain.