HyperCube review: Backup to microSD or USB with any Android device [Video] 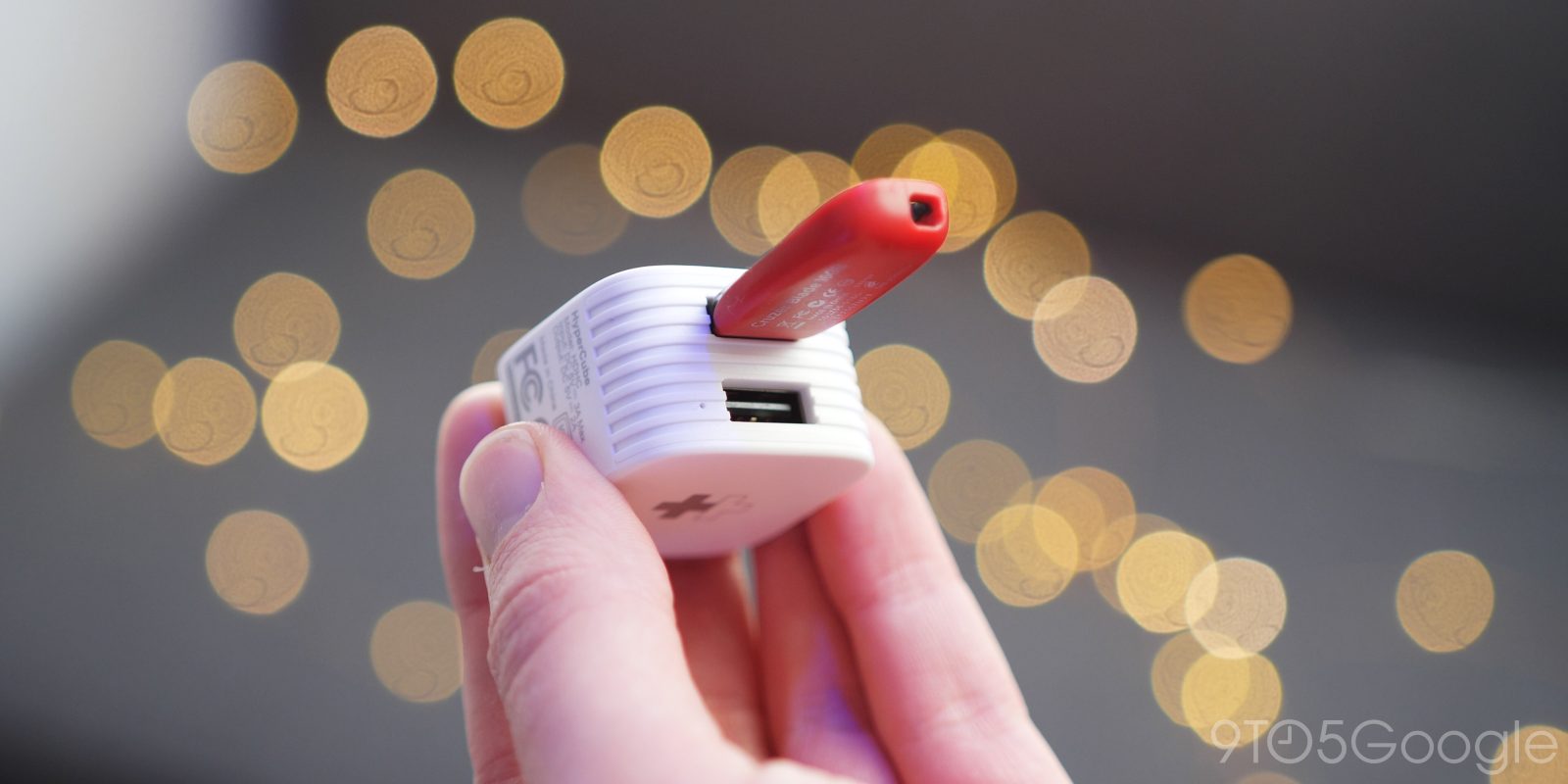 The numerous cloud backup storage solutions out there happen to be great if you have unfiltered, unlimited, and constant access to the internet but what if you want proper local backups of your photos and videos? Well, enter the HyperCube from Sanho.

Backups on Android are still not quite “there” yet, with most solutions requiring internet access or a “premium” account to get a decent amount of space for all of your data and files. After initially launching on Kickstarter late last year, the HyperCube has been on the market for a little while with a pretty enticing $29 price tag.

As far as hardware goes, the HyperCube is rudimentary, to say the least. It’s simply an add-on for your charge brick — although it only currently works with USB-A plugs. As more and more OEMs remove the ability to “upgrade” your smartphones internal storage with a simple and affordable microSD card, this might be the only way to fully back up all of your high-resolution content without sacrificing the microSD slot fully.

When you’re traveling — although not very likely due to the current global health crisis — this diminutive piece of hardware means that precious memories, contacts, and documents can also be fully backed up without you having to worry about a Wi-Fi or data connection too.

Roaming costs are expensive, and backing up photos and videos in full resolution could potentially be costly if you’re on a metered network or have a poor roaming plan. Sanho’s Hyper brand might have neat solutions for portable power and PC input ports, but the smartphone backup system is a completely new area for the firm — but they’ve actually managed to do a solid job.

You will need a couple of things before you can even begin to consider the HyperCube. Because you can backup to a microSD card or even a USB memory stick, it means you’re not limited to just one particular storage medium. Both storage mediums are now cheap and plentiful too, which is another added bonus.

While it’s a good thing is that not all charge bricks are USB-C male to female, it does mean that your charge brick might render the HyperCube useless — unless you do have a compatible charger lying around. Alternatively, you could just stick the tiny backup box into your PC or Mac rather than your charge brick.

There is also a companion app that is needed to initiate any offline backups of your device too. Once you’ve plugged in the HyperCube to your Android phone or tablet, launch the app, give it the permissions it requires and you’ll be able to backup all of your contacts, photos, and videos onto an external microSD card or USB drive. You can even set it to automatically backup when charging, turning it into a neat extra backup solution to Google Photos and Drive. 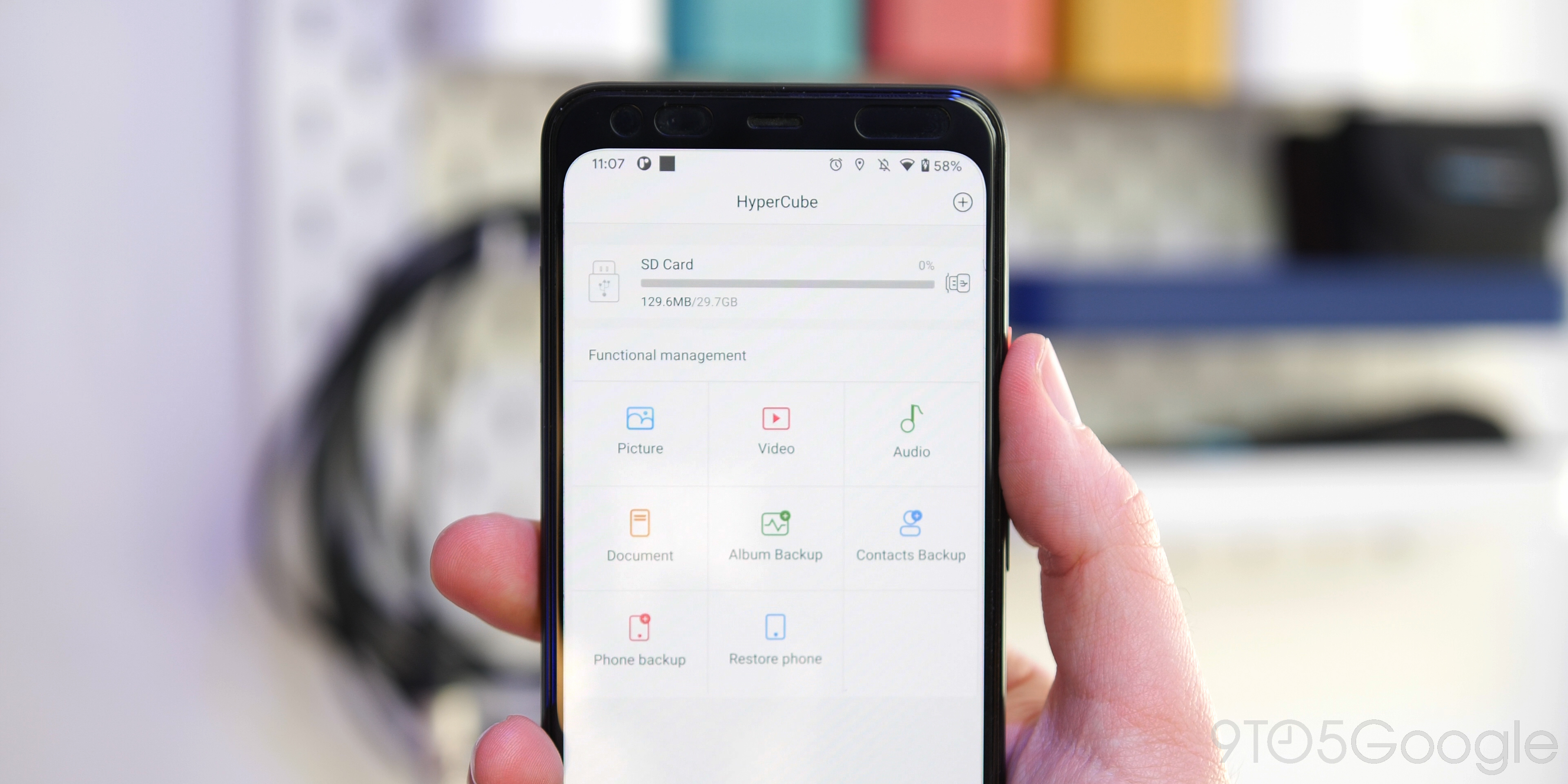 The HyperCube also lets you browse external files, which might be useful if you want to play or browse media on a smartphone with limited storage — you can just plug into a power bank for more media on the go.

For those with a Samsung smartphone, you’re probably wondering what the big deal is. You’ve had microSD card support for so long that the HyperCube is likely a waste of money. Not all OEMs are still supporting the feature though, so with a relatively cheap add-on, you’ve got the ability to store all of your media in full resolution, thereby freeing up valuable space.

With a 64GB Pixel 4 XL, it’s a roadblock I regularly run into. I often record video at 1080p just to make sure that I don’t run out of space when I’m out and about. If you like to keep media at full resolution, then the HyperCube is a solid alternative for those without a microSD card slot in their smartphone — especially the Pixel line.

It has also come in handy when I wanted to restore images between devices, as the HyperCube allows you to restore backups saved on your external storage. For someone that changes phones quite frequently, it has proved almost invaluable.

While not essential, the HyperCube is a great one-time purchase backup solution at a time when external storage support is steadily dwindling on our smartphones. It’s also great for those that might not want to constantly plug their device into a PC or Mac to extract photos and videos, essentially turning it into a part of your everyday charging process.