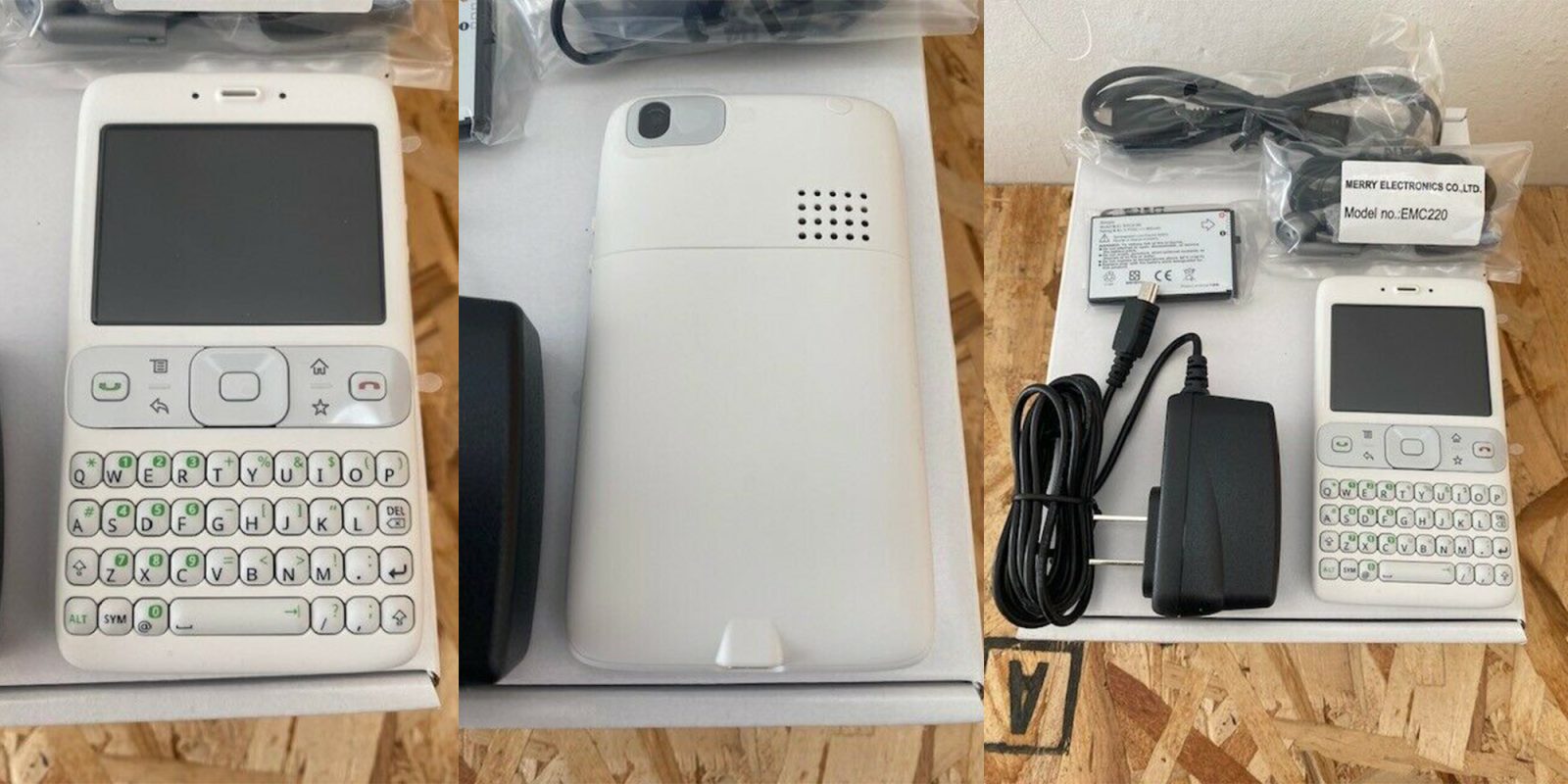 If you simply must have a piece of Android memorabilia, some unreleased prototypes of the very first Android smartphone have now popped up for sale on auction site eBay.

Often a treasure trove for cheap gadgets and tech, eBay is normally the first place unreleased tech appears when unearthed. The listing of the Google device codenamed “Sooner” was spotted by the guys over at Android Police, which never ended up making it to market.

We got some extended hands-on time with the device back in 2018, which confirms that this is indeed a legitimate prototype for the Google “Sooner” handset. It doesn’t come with a touchscreen, instead, you’ve got a D-Pad for OS control.

You find it immediately underneath the screen with four surrounding backlit shortcuts for menu, back, home, and favorites, as well as pick-up and hang-up. That full-size QWERTY keyboard comes with some rather elevated and rounded square keys. To add, while this listing is for a white variant, a black model was also produced and used exclusively by Googlers.

For those wondering about the specifications of this early Android, expect some modest internals. The Google Sooner includes a TI OMAP 850 chipset and just 64MB of RAM. The LCD display measures in at a whopping 320 x 240 resolution, and there’s even room for a pin-sharp 1.3-megapixel camera round back.

When we complain about the Pixel 4 battery sizes, the 960mAh battery really puts into perspective just how far we’ve come in a decade.  Don’t expect blazing speeds with this device, either, as it is 2G-only and doesn’t even come with Wi-Fi support.

With no touchscreen and a huge keyboard, it definitely looks more like an old Blackberry than what we’d consider an up-to-date Android smartphone. Having had hands-on time, we can say for certain that this prototype features that same version of Android that runs on the G1 Dream — even though this device lacks a touchscreen.

When powering on, the boot animation shows a red dot moving horizontally back and forth across the screen, and given the hardware, as you can imagine it takes quite some time to finish. There is even a rudimentary lock screen that features an analog clock with the old Google logo underneath. On the status bar, you get basic information such as the time, battery status, and cell signal strength.

All of the OS navigation uses the hardware keys, and when you click “Home” it will open a fast app launcher that features a status bar and carousel of basic app icons below. It’s not the most comprehensive list of apps though, but you do get an Address Book, Camera, Browser, Gmail, Google Talk, Maps, Notes, and Text Messages.

The seller “drumsticks” has listed nine of these prototype Android devices for sale at just $195 plus shipping. Hardcore Android fans will undoubtedly snap these up as a collector’s item and for the kudos — among certain tech circles at least.

Everything looks in order from our perspective, with each prototype device coming boxed, along with a charging cable but no documentation. If anyone out there manages to snag one, we’d love to know if you can get it up and running.