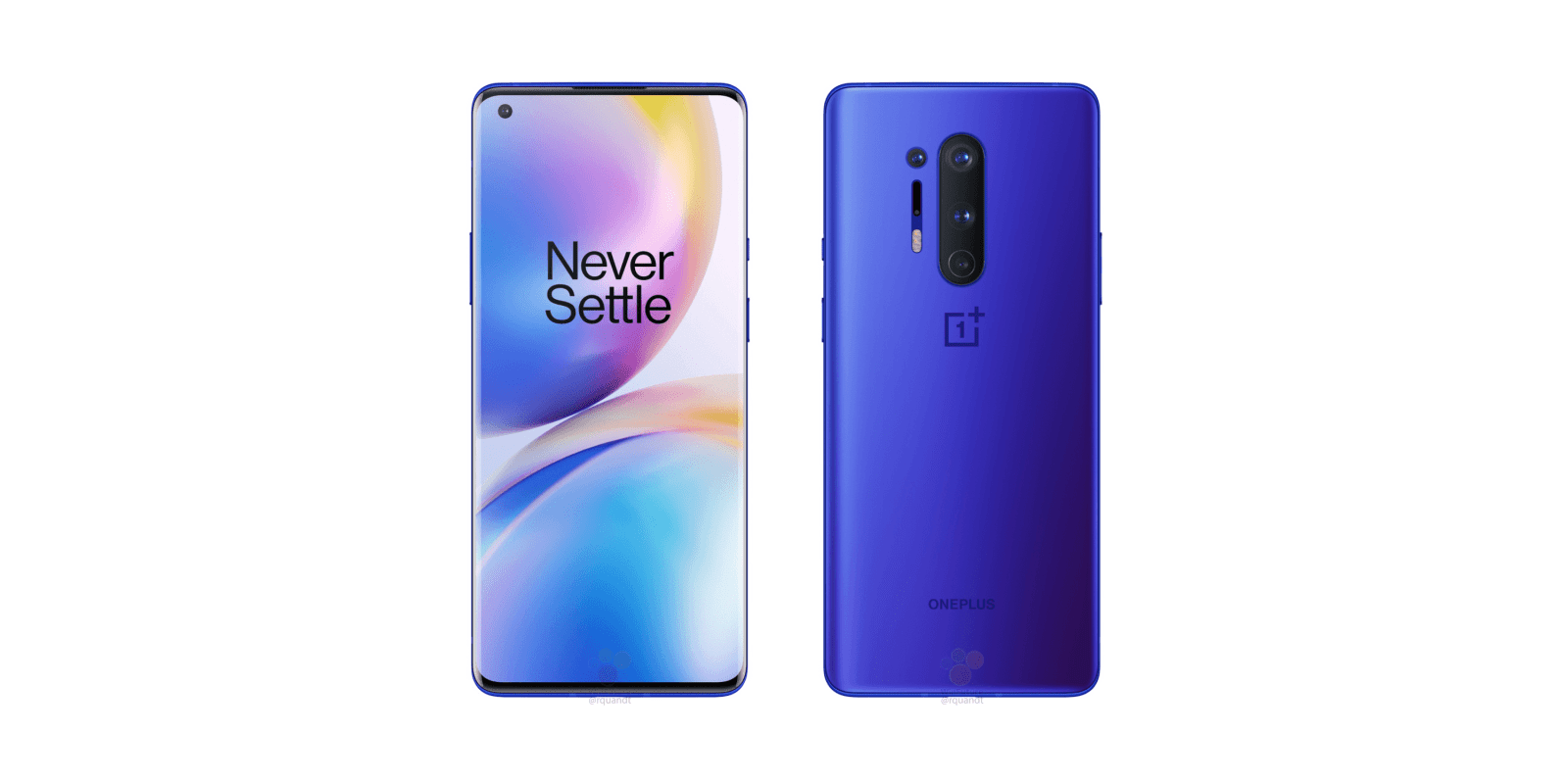 Last week, official renders of the OnePlus 8 leaked showing off all three color options the phone would release in. Now, another set of images from the same source — WinFuture — is giving us a look at official OnePlus 8 Pro renders, including a never-before-seen “Ultramarine Blue” color.

In a post this morning, WinFuture offers up high quality, official renders of the OnePlus 8 Pro in all three color variants that have been expected.

The biggest reveal here is the “Ultramarine Blue” color variant. OnePlus has had varying shades of blue on its flagships since the OnePlus 7 Pro, but this “Ultramarine Blue” takes a step further. The darker shade of blue looks like it still has a gradient, but it may be less than previous OnePlus devices.

As for other color variants, it seems the OnePlus 8 Pro will offer up “Onyx Black” and “Glacial Green” as we’ve seen in previous leaks, but the “Interstellar Glow” model is exclusive to the OnePlus 8 at least for the time being.

No matter which color you get it in, the OnePlus 8 Pro is expected to deliver a more premium experience than any OnePlus device to date. As is reiterated in this latest leak, the device is expected to ship with an IP rating, wireless charging, dual-48MP cameras for the standard and ultrawide lenses, and laser autofocus too. OnePlus also previously confirmed we’d get 5G, a Snapdragon 865, and faster LPDDR5 RAM.

Pricing for the OnePlus 8 Pro is still unknown, but more details will likely be available before the April 14th launch date.