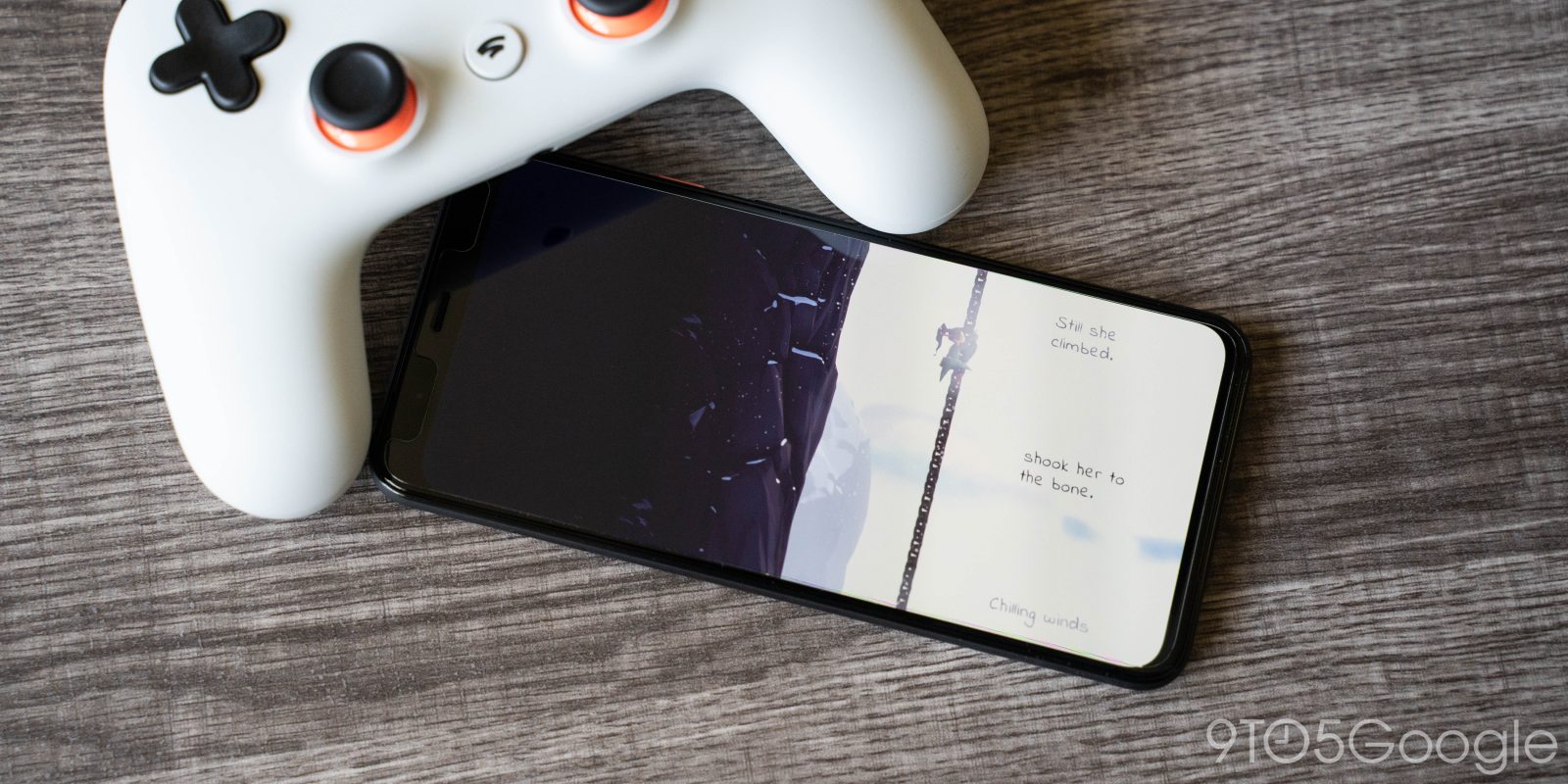 While the promise of Google Stadia shines brightest when playing AAA titles on a cheap Chromecast, Google’s gaming platform has also picked up a slate of exclusive indie games, including Lost Words: Beyond the Page. I took some time this week to experience and review Lost Words, which brought me on a roller-coaster of emotions not unlike a Disney film.

The core gameplay hook of Lost Words is that you use words in your spell book to affect the world around you. This takes the form of using a firefly to grab a word like “break” from your book and dragging it to a tree to knock it down to open a path, then perhaps using “repair” to return it to normal. Without a doubt, using “Word Magic” to alter the world around you is a satisfying feeling, and something I wished was given more opportunities to be used creatively.

Over the course of the game, you gain a modest arsenal of these Word Magic spells, each with an express purpose in the levels’ various “puzzles.” However, as a puzzle game fanatic, to call the levels “puzzles” is a stretch, as no part of the game ever felt particularly challenging in a way that I would’ve liked. Some part of me hoped that by the end of Lost Words I would be faced with something akin to a temple from Legend of Zelda, where I would need to frequently review my spell book to discover the solutions to puzzles, but this particular challenge never came.

Instead, the challenges come from the deeply emotional storytelling. While Lost Words may initially seem to be an adventure game of a dashing heroine in a fantastical world, the real story takes place in the journal of budding author Izzy, from which the words and artwork come alive as platforms and collectibles to navigate as each entry unfolds.

Each journal entry takes us deeper into the relationship between Izzy and her “Gran,” in one instance recalling a truly magical memory involving bioluminescent algae (it’s far better in the game than my description could ever express). As the story progresses, we bear witness to the strain put on both the relationship and Izzy herself when her Gran is hospitalized.

As Izzy realizes that parts of her life are out of her control, she turns to the story she’s writing about the fantastic world of Estoria. Just like Izzy, the player too is given a sense of control over the storyline, be it choosing the heroine’s name and appearance, or defining some history for part of the world.

Just as you would expect of any author going through personal troubles, the circumstances of Izzy’s life act as the framework for each chapter of the heroine’s tale. Every major step in the journey is narrated and inscribed onto the world itself, breathing a sense of life, determination, or sometimes desperation into what would otherwise be a simple walk or climb to a new area.

The likenesses between the outer and inner stories make for an emotionally impactful journey, expertly complemented with a moving soundtrack — “Ascension” being a personal favorite track. In this way, at a few moments, Lost Words struck me as feeling like a Disney movie, and I mean that as the highest of praise.

Unfortunately, like any good movie, the tale of Lost Words comes to an end, if perhaps sooner than one would hope. For this review, I was able to complete Lost Words: Beyond the Page in a single sitting, collecting all but three achievements. At roughly five hours of play time to complete the story, the game falls somewhere between refreshingly concise and disappointingly short.

With a retail price of $15 on the Stadia store, that puts Lost Words at roughly $3 per hour of gameplay, which is at least far less money per hour than you would spend at a movie theatre, but not great value compared to many other games. That said, I would definitely recommend it to anyone looking for a game with a powerful narrative that can be tackled in an afternoon or two.

Lost Words: Beyond the Page will also be arriving on Xbox One, PS4, Switch, and PC sometime next year.