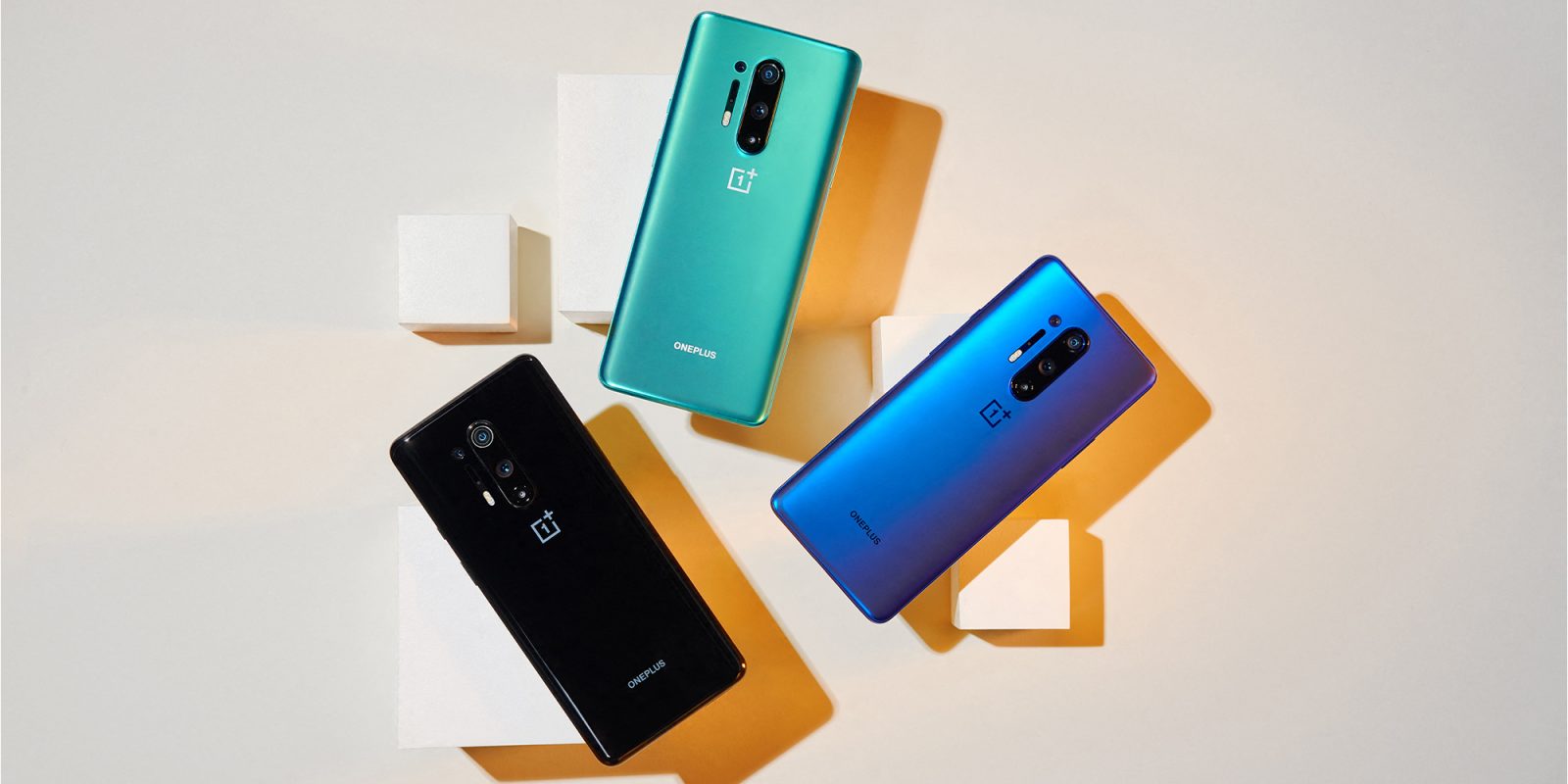 The OnePlus 8 and OnePlus 8 Pro, the latest in the high-spec smartphone series have now officially launched during an online live stream in lieu of a physical launch event.

Both devices come with fully stacked spec sheets, including the very latest Qualcomm Snapdragon 865 chipset with the X55 5G modem. That isn’t the only powerhouse inclusion, as 8 or 12GB of RAM is also included alongside 128 or 256GB of storage. Both models also come with Wi-Fi 6 connectivity for network speeds of up to 9.6Gbps.

While the OnePlus 8 is a direct follow-up to the exceptional OnePlus 7T, it has had some hardware alterations. Gone is the flat display in favor of curved glass and a punch-hole notch. The 6.55-inch display comes in a FHD+ resolution at 90Hz with a 20:9 aspect ratio. It also packs in a 4,300mAh battery that should hopefully ensure all-day longevity but can take you from 0 to 50% with the Warp Charge 30T fast charging.

Gone is the rounded camera bump fro the 7T, with a vertical camera bump that relies on the Sony IMX586, a 48-megapixel main sensor, 16-megapixel ultra-wide-angle, and 2-megapixel macro lens. The punch-hole notch includes a 16-megapixel selfie camera that is capable of 1080p 30fps video recording.

The OnePlus 8 Pro is most definitely the headline device and comes with a 6.78-inch QHD+ display with a 120Hz refresh rate and 240Hz touch response. The pop-up camera is now gone in favor of a punch-hole notch, but the OnePlus 8 finally adds an official IP68-rating for water and dust resistance.

That isn’t the only first, as the OnePlus 8 Pro is the first OnePlus smartphone to come with wireless charging as standard. However, the Warp 30W wireless charging requires a proprietary charging base, although 5W charging is possible via the Qi standard. There is also 3W reverse wireless charging included — which is aimed at accessories rather than charging other devices. With a 4,510mAh cell packed inside, running the 120Hz at QHD+ resolution should be more than possible.

At the rear, the camera has had some updates including with a heavy reliance on the new Sony IMX689 48-megapixel sensor, which is paired with a 48-megapixel ultra-wide-angle lens, 8-megapixel 3x telephoto zoom lens, and 5-megapixel Color Filter lens.

Alongside the OnePlus 8 series, OxygenOS 10.5 is launching with several new inclusions that take advantage of the new hardware. Smart charging has been added to ensure the health of internal batteries when using Warp Charge bricks at 30W on a daily basis. Dark Theme 2.0 is also included as part of the latest OxygenOS build. It has greater support for applications although it will not theme applications that don’t already have a dark theme option.

OnePlus confirmed that the entire 8 series would go “all-in” on 5G, which means that pricing has been adjusted to account for the superfast wireless mobile connections. The OnePlus 8 will start at $699 for the base 8GB/128GB OnePlus 8, while the OnePlus 8 Pro will start at $899 for 8GB /128GB.

You’ll be able to pick the OnePlus 8 up in Glacial Green and Interstellar glow, while the 8 Pro is available in 3 colors: Onyx Black, Glacial Green, and Ultramarine Blue. This will also be the first OnePlus series to officially go on sale unlocked on the Amazon US website from April 29.