Review: OnePlus Warp Charge 30 Wireless is crazy fast, but was it worth the wait? 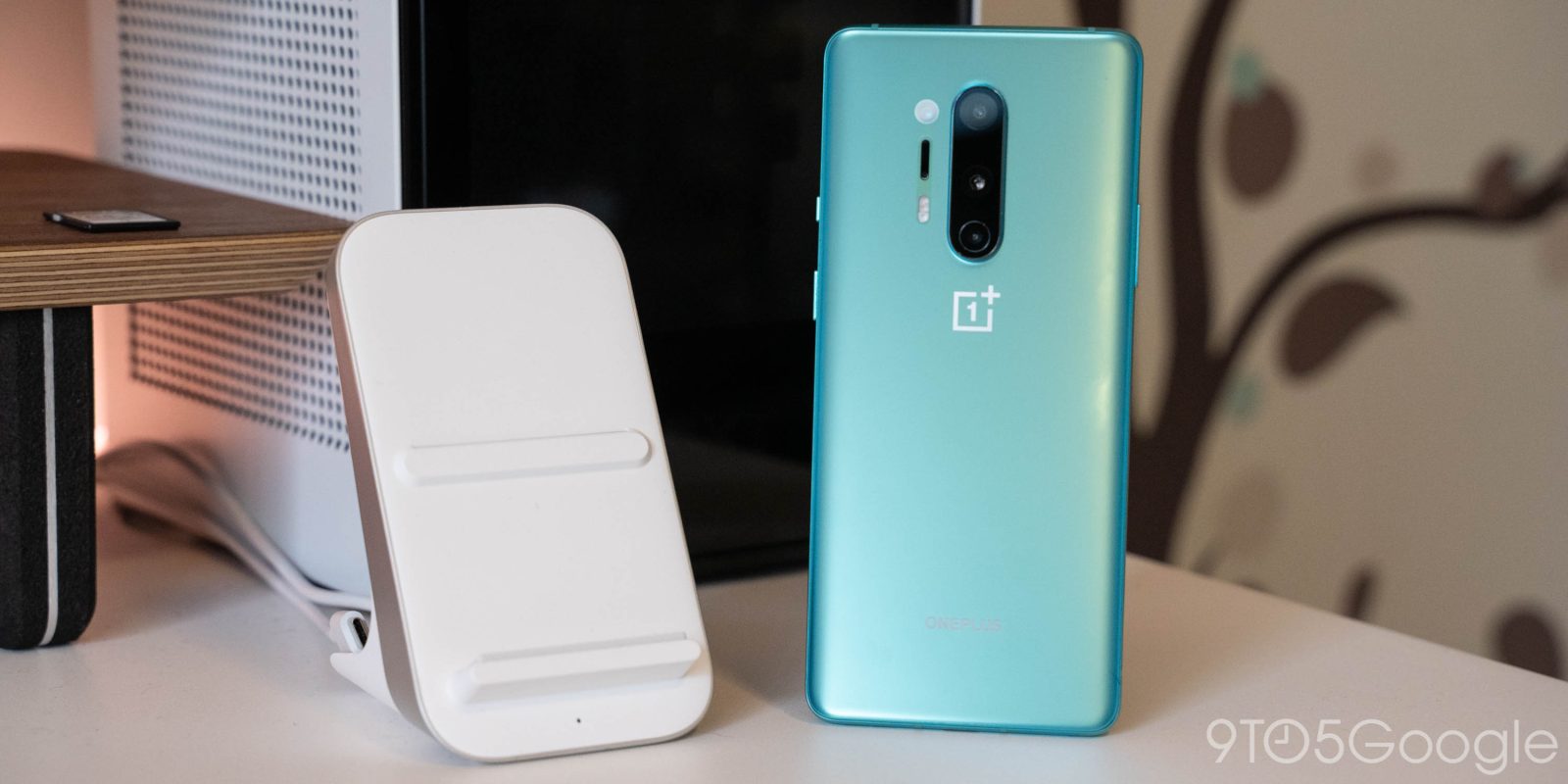 Wireless charging has been mainstream on flagship smartphones for a few years now, but OnePlus has made excuses time and time again for not including the feature on its smartphones. Now, the OnePlus 8 Pro finally supports the feature and it supercharges it with an official OnePlus wireless charger. Here’s what you need to know before dropping $70 on it.

OnePlus Warp Charge 30 Wireless: How fast is it?

Here’s what’s important about OnePlus’ wireless charging system — it hits speeds of 30W. On most other smartphones, Qi charging typically tops out at 7.5-15W depending on the device. Clearly, OnePlus is pushing some seriously fast speeds. How are the results?

In my testing, I can fill up a OnePlus 8 Pro extremely quickly using this charger. One day, I left the phone uncharged overnight and, the following morning, gave it a test to see how fast it would fill up. Starting at 19%, here are the results: 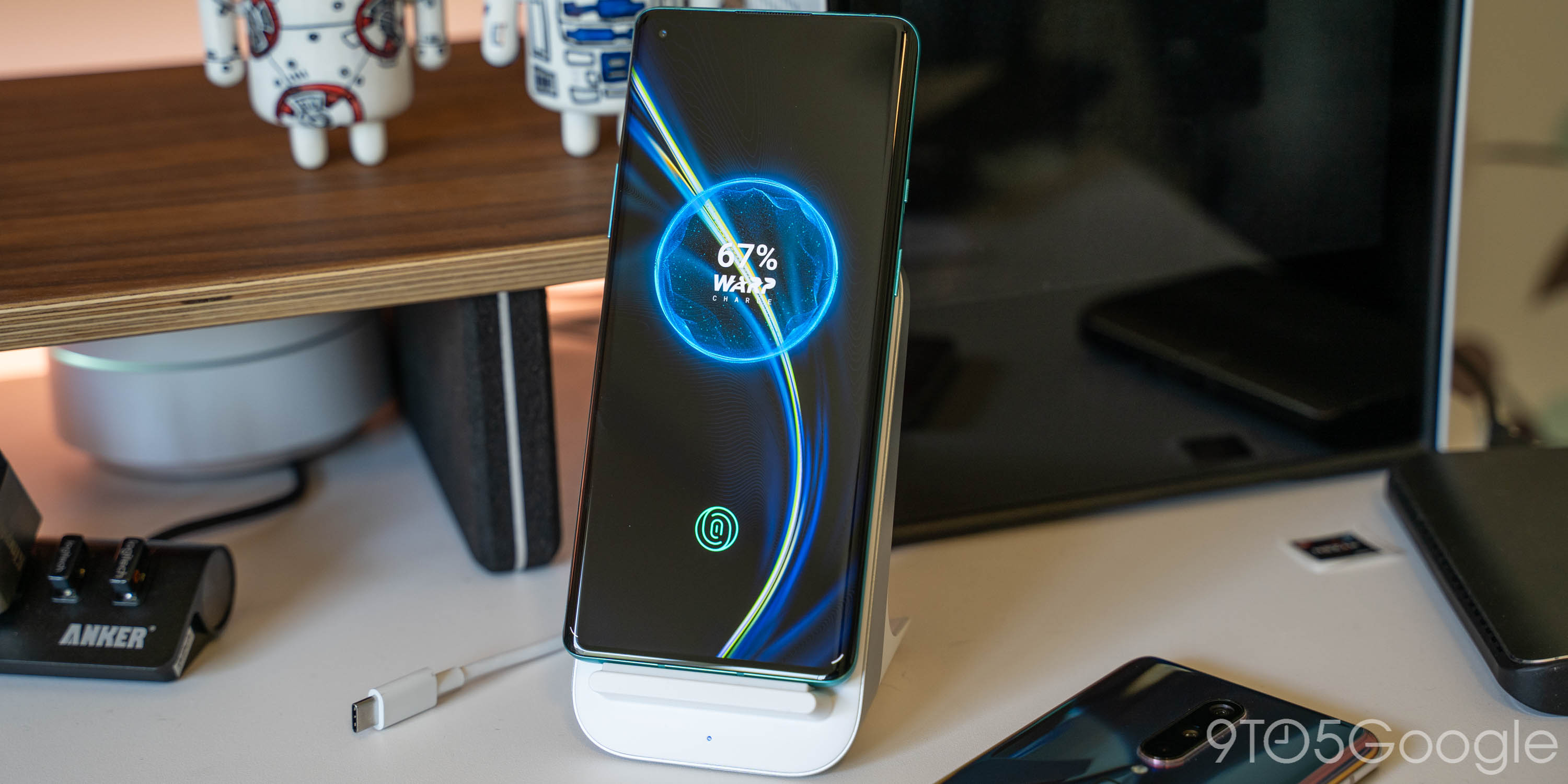 Clearly, the charging rates vary a bit throughout the process, but the OnePlus Wireless Charger still pushes through some crazy speeds. How?

OnePlus previously explained that it’s using a proprietary solution to deliver wireless charging on this device. OnePlus pushes 30W of power using 20V at 1.5A. That high speed allows OnePlus’ solution to generate a bit less heat. To safely push that much power into the OnePlus 8 Pro’s internal battery, the phone uses “isolated charge pumps.” OnePlus claims this process is also 97% efficient. Given the numbers, I’d say that claim holds up.

Heat is usually a problem, but not with a fan

Wireless charging typically heats up both the charger and your phone considerably, even at slower speeds. At 30W, we should expect borderline fire-starting temperatures. Given OnePlus’ clever voltage tricks though, heat is already down quite a bit. To make that even better, the company’s wireless charger also integrates a fan.

An intake at the back and a specially placed vent behind your phone keep things extremely cool. Even after an hour of full-speed charging, the OnePlus 8 Pro felt cooler than most phones I’ve wirelessly charged on traditional chargers. This is probably also good news for the battery.

To put this into real terms, after charging for a bit on this charger, the battery temperature was usually around 35-40° Celsius. That’s much warmer than the phone running idly or using OnePlus’ wired charging solutions, but it’s not hot to the touch by any means. That may vary depending on when you pick the phone up, though. It’s definitely warmer during its fastest charging periods (~20%-80%).

A slight problem that introduces, though, is volume. The fan makes a pretty decent amount of noise. You wouldn’t hear it if there are ambient noises in the room — a computer running, for example — you probably wouldn’t notice the fan running. At night, though, it could be annoying. Luckily, OnePlus has a setting on the 8 Pro that communicates with the charger and can turn down the speed and fan during scheduled hours. 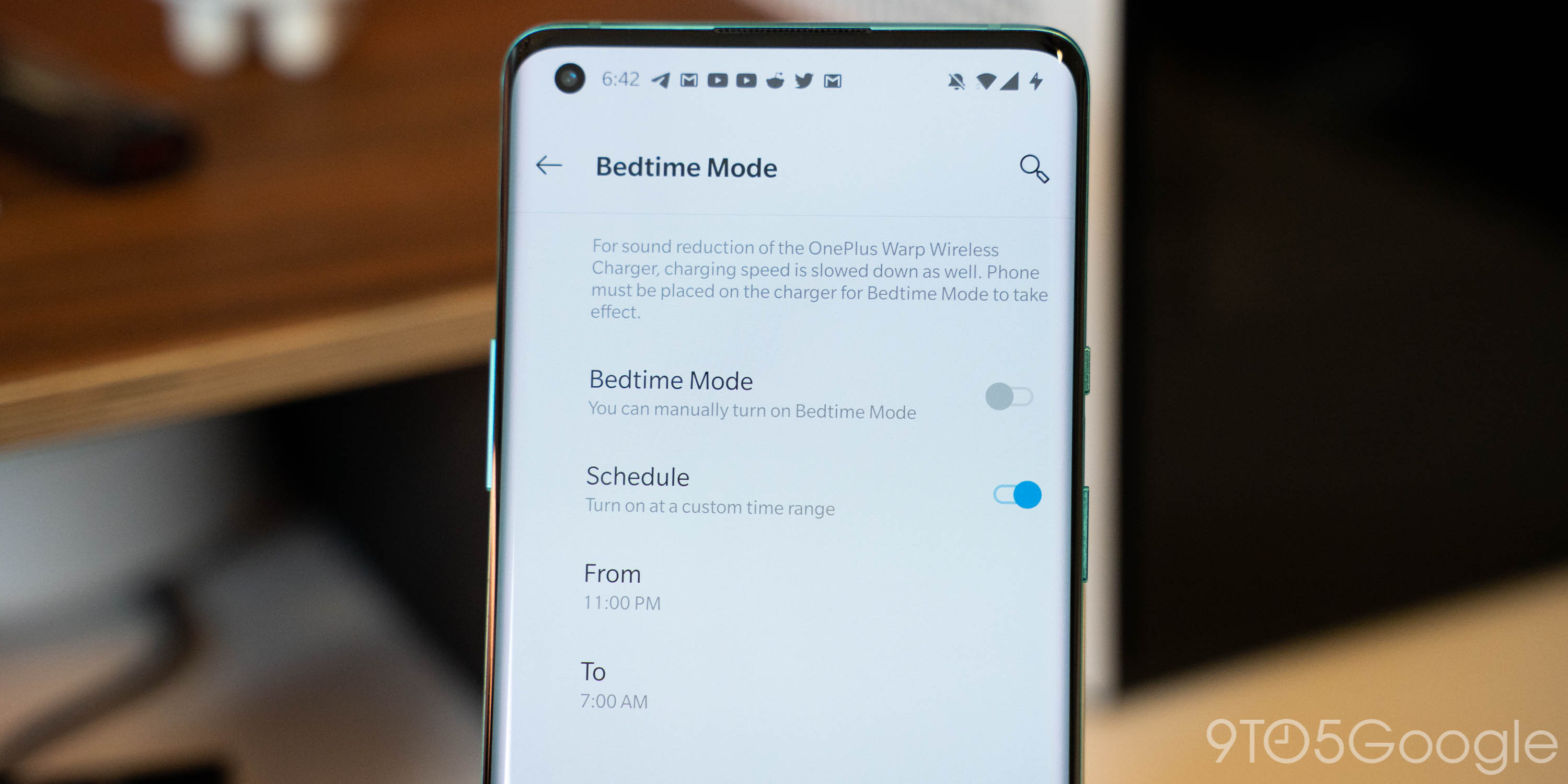 Was this worth the wait?

No, it really really wasn’t. Faster wireless charging is genuinely great to have in your arsenal, but it’s not the entire point of wireless charging. Wireless charging is all about convenience. Where is the convenience of not plugging in your phone best? At night while you’re sleeping or at your desk during work. Those are two places where super-fast speeds just aren’t needed, basically making this charger pointless in those scenarios. 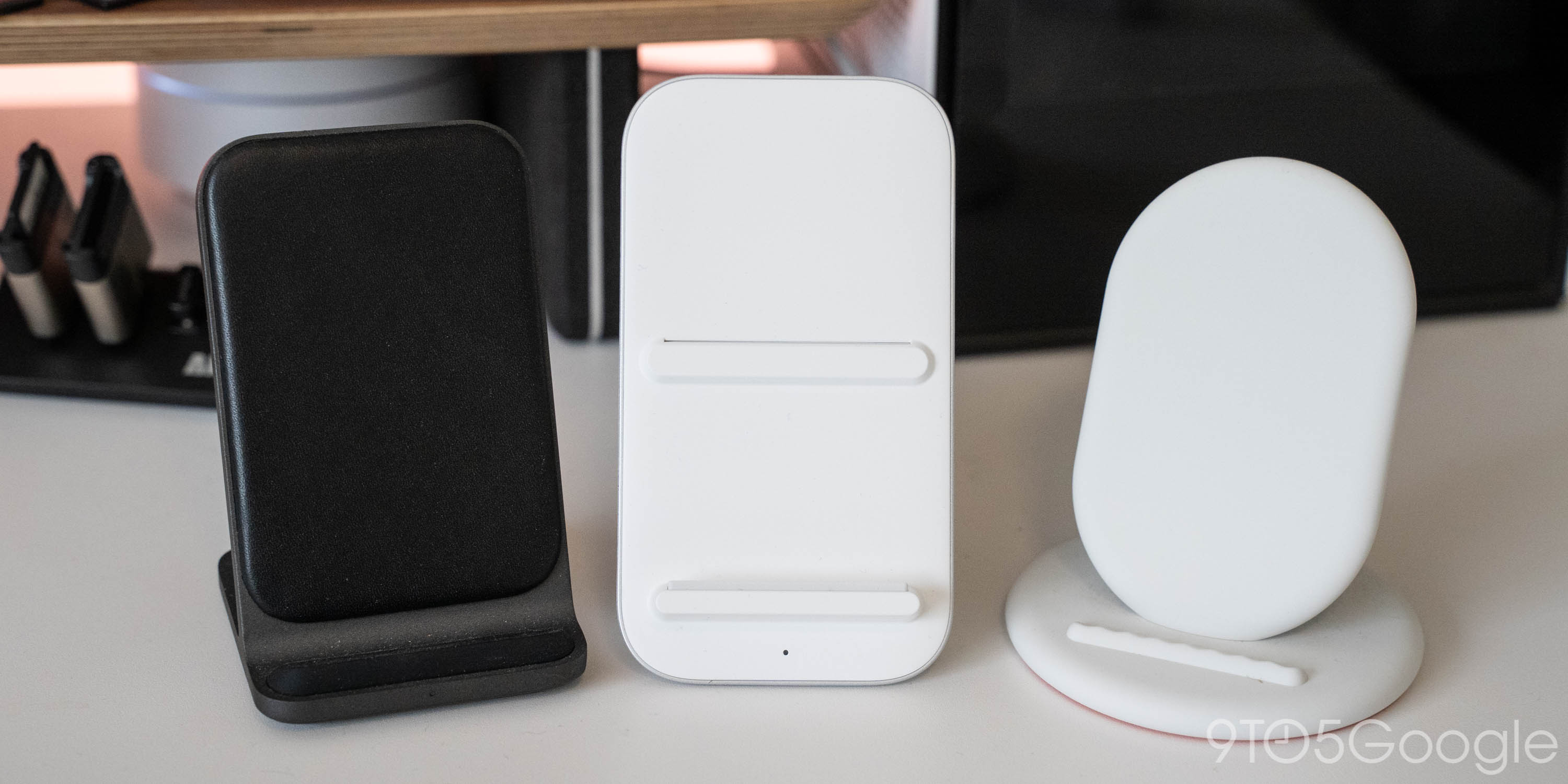 The OnePlus 8 Pro is my favorite OnePlus phone mostly because it works with the wireless chargers I already have. Warp Charge 30 Wireless is insanely fast, very cool, and really useful at times, but this was not worth the wait.

The biggest flaw and where to buy

All of that said, there’s a lot to like about this charger. The design isn’t half bad, there are some smart features, and of course, the speed is ridiculous. The biggest flaw, though, is that the OnePlus Wireless Charger is hardwired on both ends. 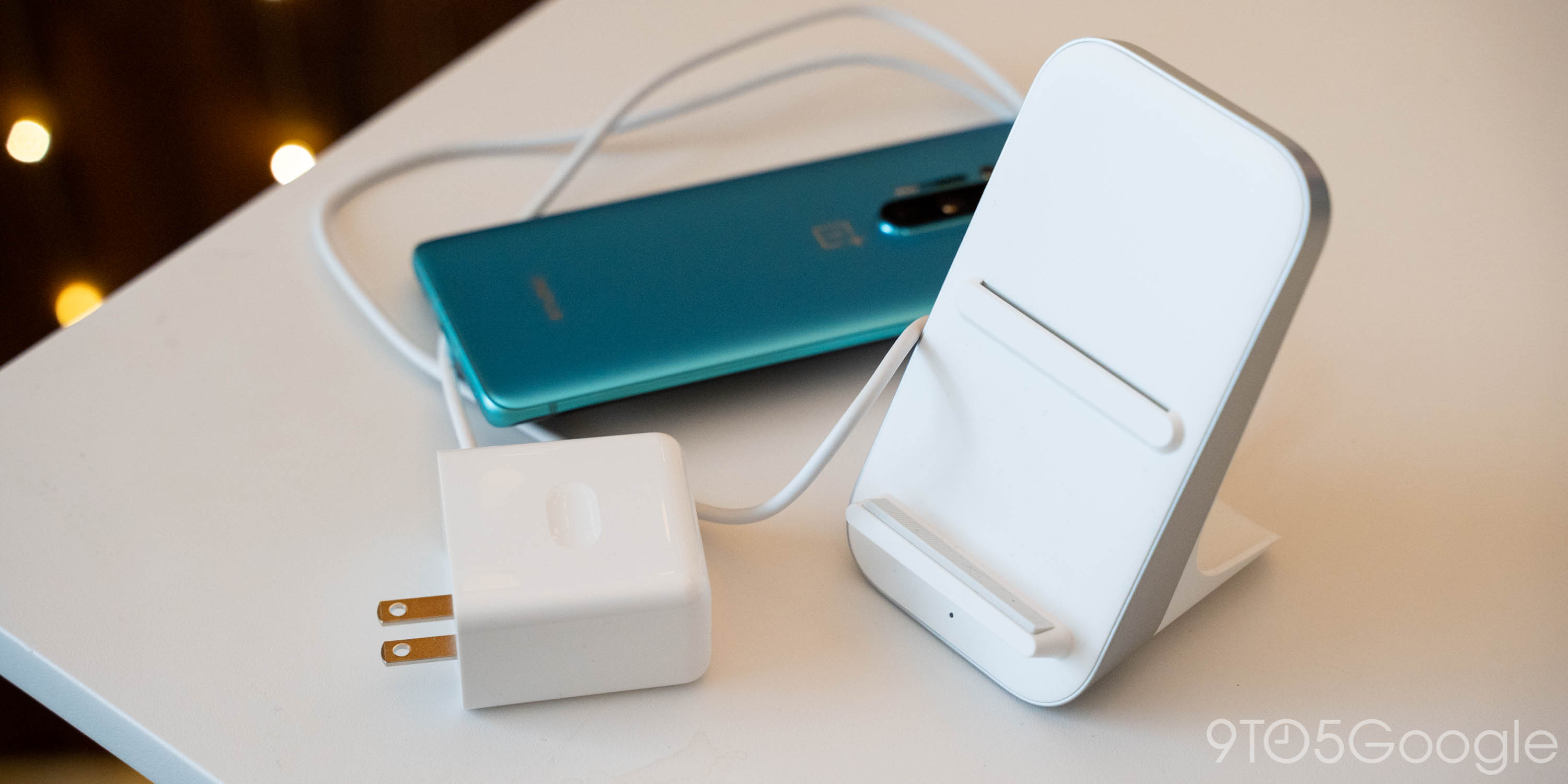 The too-short cable on this charger can’t be removed from its wall outlet. That presents a lot of problems. Cable too short for your desk or table? Too bad. Want to put it through the grommet on your desk? You’re out of luck. Pet chew up the cable? You’re spending another $70. This is just really, really thoughtless design and it’s a shame. OnePlus is also releasing a pad-style charger eventually which might solve this.

Still, if that’s not a deal-breaker for you and you want these speeds, the OnePlus Wireless Charger is available exclusively from the OnePlus Store.