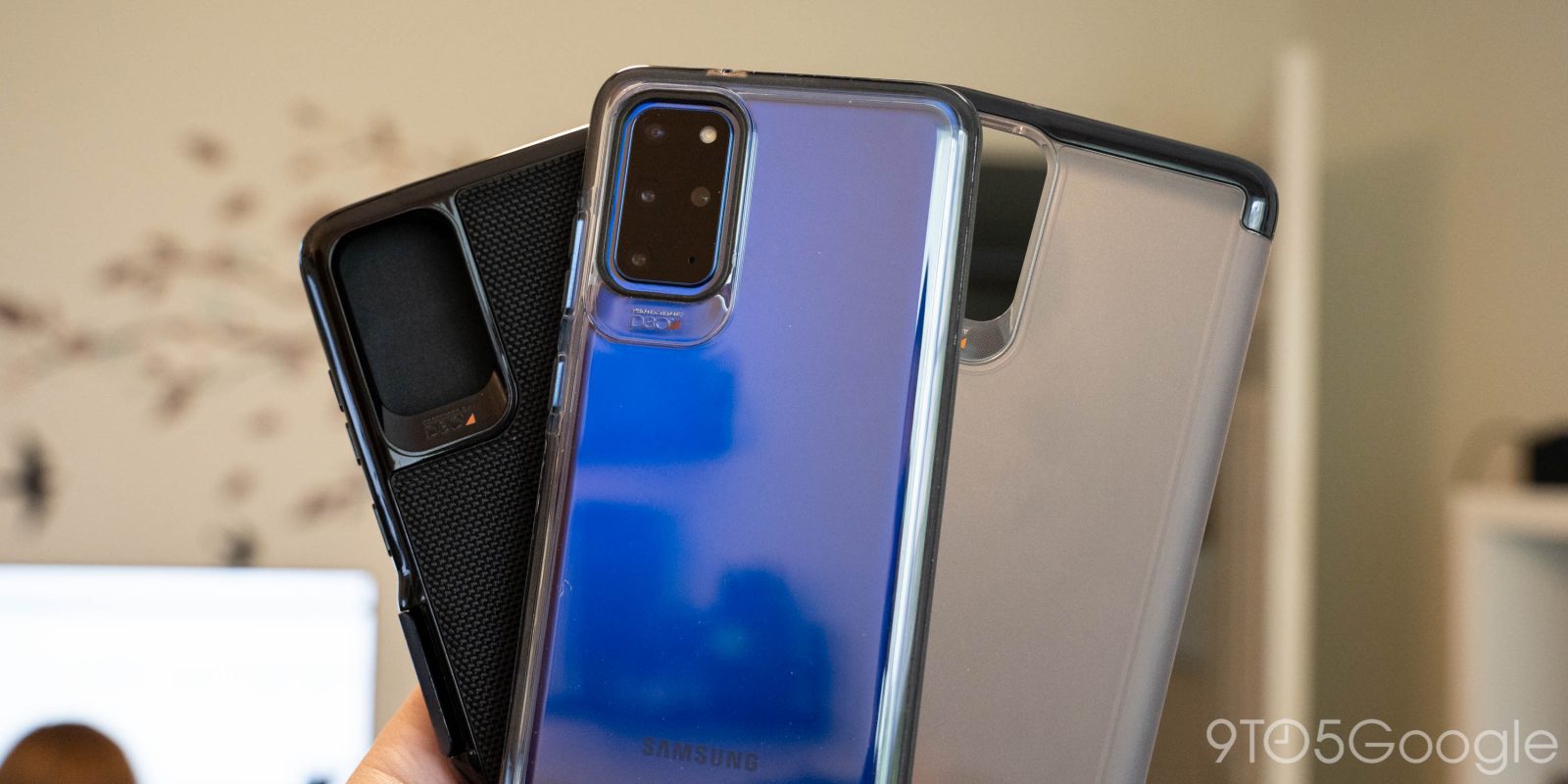 There are tons of cases on the market for Samsung’s Galaxy S20 series, and lately, we’ve spent some time testing several of them out. Included in the collection was Zagg’s Gear4 series for Galaxy S20, S20+, and S20 Ultra — here’s what you need to know.

Starting at $29.99, Gear4 cases offer a variety of designs and options. Ironically, the cheapest option, Wembly, was my favorite of the bunch. It’s not very thick, but uses Zagg’s “D3O” material for drop protection up to 8 feet. Personally, my favorite bit was just that it offers a matte texture that’s just so rare.

At the $39 tier, I was able to spend some time with the Crystal Palace and Piccadilly cases. These are both clear cases — the latter adding some black or blue accents around the corners — with a glossy finish and slim design. The choices made in the design, though, result in a 13-foot rating for drop protection. With clear cases, though, there’s always a worrying or “yellowing,” but Zagg says these are designed not to do that. I’ve only used these cases for a matter of days each, so I can’t speak to how they’ll hold up long term.

One slight annoyance with the Crystal Palace case, though, was that the edges kind of “roll” onto the metal frame of the S20. But it’s something you could probably fix.

Another step up is the $49.99 Oxford Eco. This case is a wallet case with two slots on the folding front panel. The recycled plastic build of this case feels really good in the hand, but it is rather thick. The latch that keeps the case closed is a bit of a hassle, too. As wallet cases go, this is a pretty good one, but I’m just not a fan of that category in general. The texture of the case here and the fact that it’s recycled plastic, though, makes me wish Zagg offered this Galaxy S20 case as just a normal case.

Finally, there’s the Hackney 5G. This case is basically identical in appearance to the Piccadilly mentioned earlier, but Zagg claims this case will have little to no interference with the Galaxy S20’s 5G radios. Using “5G Signal Plus” technology, this case is somehow supposed to be able to have less of an impact on 5G.

Unfortunately, this is something that’s basically impossible to test! Low-band 5G such as what T-Mobile has rolled out nationwide wouldn’t be affected by a case at all, as only the faster, shorter range mmWave that’s been rolled out in some cities would. Here’s the thing, though, you shouldn’t even be buying a phone for that type of 5G anyway, much less so a $50 case. If you’re part of the 1% who has regular access to a mmWave network right now, this case might be worthwhile, but for everyone else, I’d recommend saving the $10 and getting one of the options mentioned earlier because, really, the cases are pretty much identical.

Every case mentioned in this article, too, features antimicrobial materials. While that won’t keep the case perfectly clean, it’ll help keep your device just a bit cleaner in this often-disgusting world we live in.