Review: Spigen’s Galaxy S20 lineup is as expansive and protective as ever before 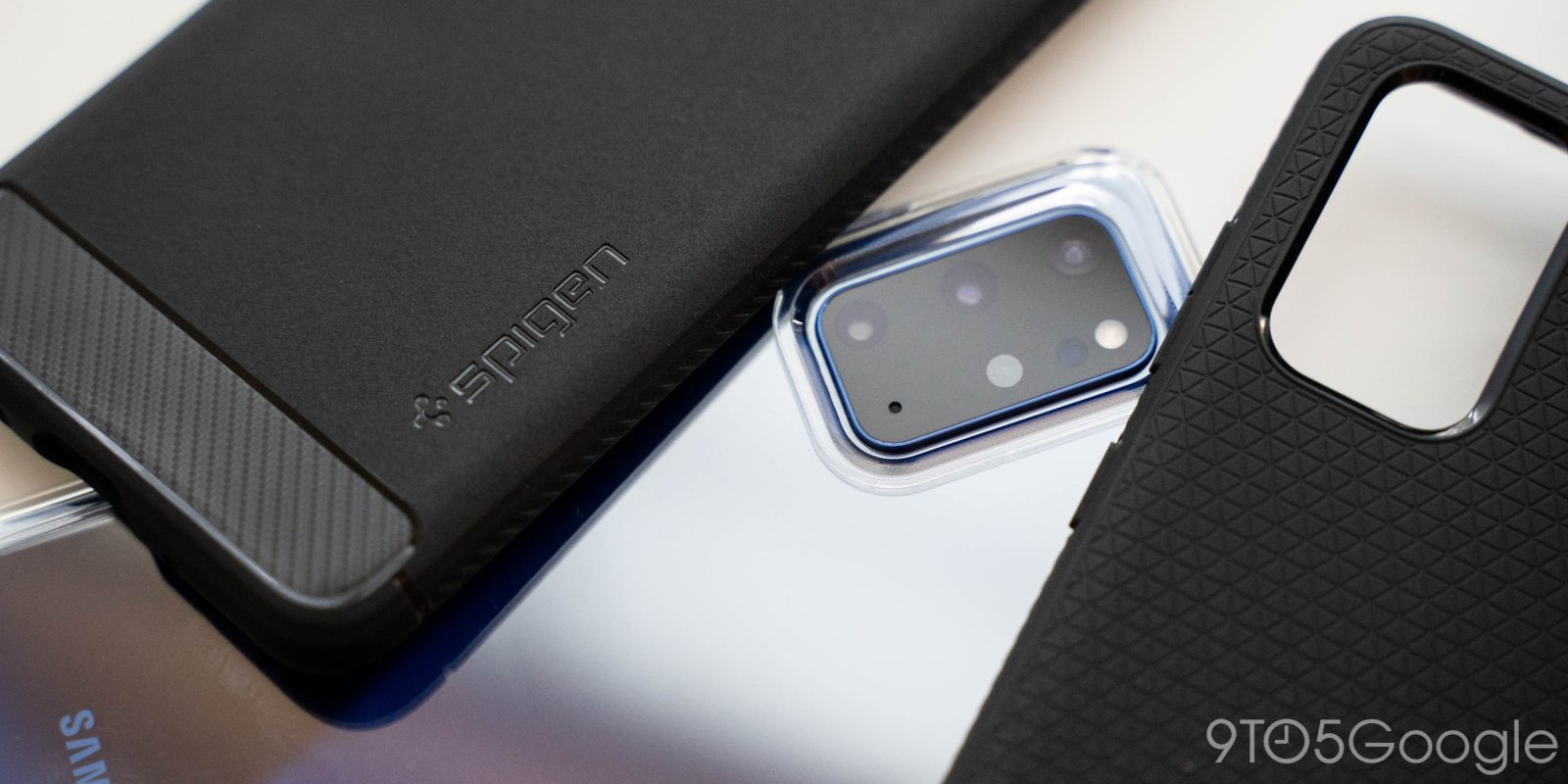 Perhaps one of the most popular third-party smartphone case makers is Spigen, thanks to a solid lineup of affordable cases for almost every major smartphone. That same lineup is available for Samsung’s Galaxy S20 lineup, and I’m here to tell you that a Spigen case is just as good as ever.

Spigen sent over a collection of its Galaxy S20, S20+, and S20 Ultra cases to try out, and during the time I spent reviewing all three devices, I was able to try a few of them out.

Unsurprisingly, I’m just as satisfied with Spigen’s cases as I’ve ever been. Why? Spigen keeps things simple with its case designs, offering clean designs made from TPU materials that have essentially perfect cutouts and don’t feel cheap by any means. That starts with the company’s staple, the classic “Rugged Armor” case. This $12 case slips onto the Galaxy S20 easily and offers a matte black finish with a couple of carbon fiber accents. It’s simple, but it gets the job done!

Then there’s “Liquid Air.” This is my personal favorite of Spigen’s lineup as it has a nice texture to it that’s just the right amount of grippy. The subtle design, too, is great if you don’t want something super flashy. Plus, you can’t go wrong for the, again, $12 price.

Finally, there’s also “Ultra Hybrid.” This is essentially your classic plastic clear case. That comes with its pros and cons. On the bright side, you’ll be able to show off the color of your phone, which is great if you picked up the “Cloud Blue,” or in my case, “Aura Blue” variants of the S20.

The big negative, though, is that clear cases like this one get dirty from dust and fingerprints very quickly, and they’re pretty tough to clean. I wish Spigen would start offering a matte version of this case, but alas, they don’t. Even the “Matte Black” version is still glossy where it counts. Still, if you like clear cases, this is a very good one. 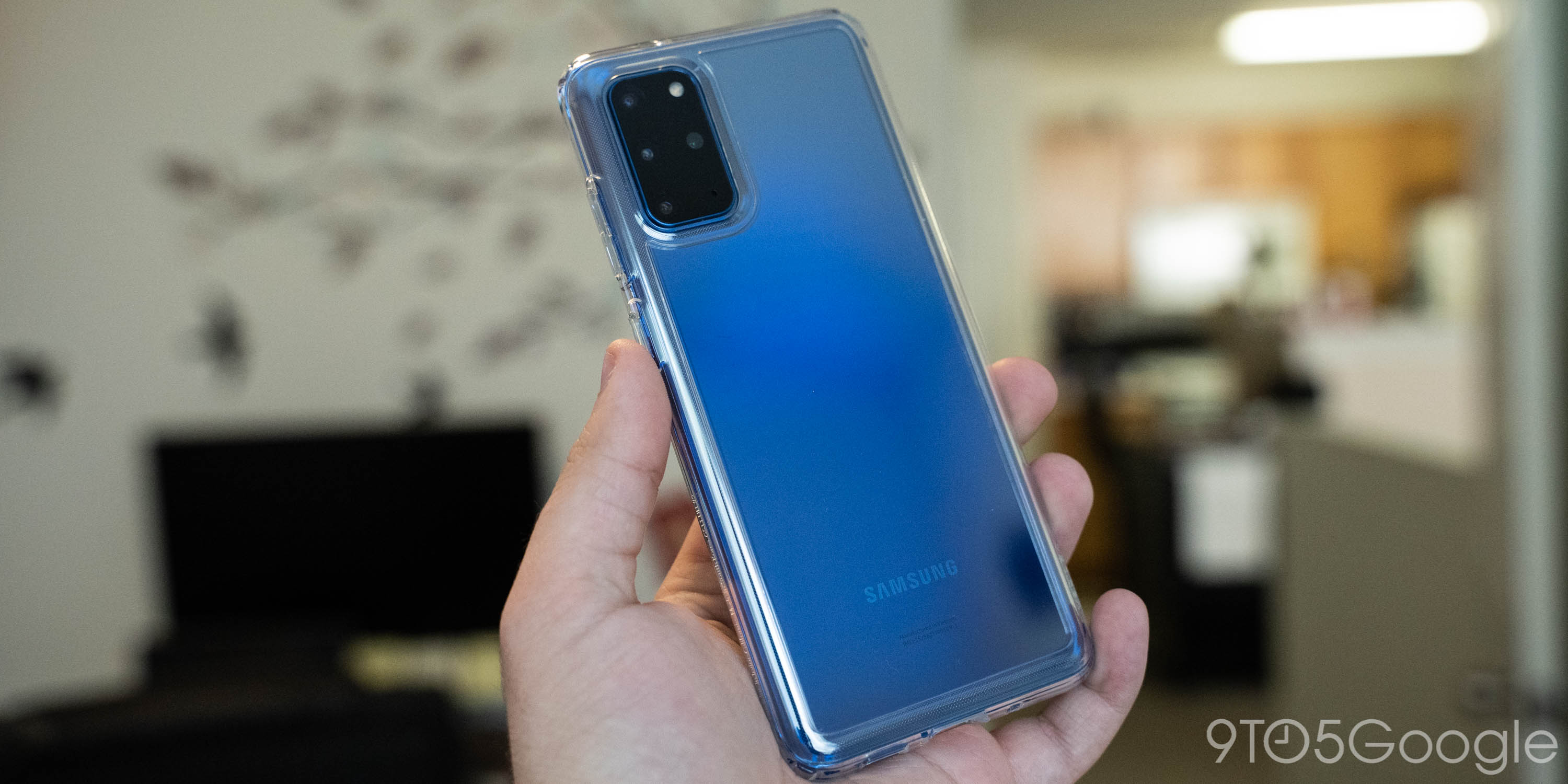 What about the rest of Spigen’s Galaxy S20 lineup? Favorites like Tough Armor, Liquid Crystal, and Neo Hybrid are all available for purchase for affordable prices, I just didn’t spend as much time using them personally. From past experience, though, I can confidently say they’ll suit you well.

Along with cases, Spigen also sent me its new Qi wireless charger. The “SteadiBoost Flex” offers charging speeds between 5W and 15W, depending on your device and the wall charger it’s attached to.

On the Galaxy S20 series, Spigen’s charger delivered great speeds for me, and I can see the adjustable angle being useful for trips. Given the current state of the world, though, I’ve not really tested that out too much yet. It does seem a tad pricey, though, at $59.99, given the fact it doesn’t ship with a charging brick.