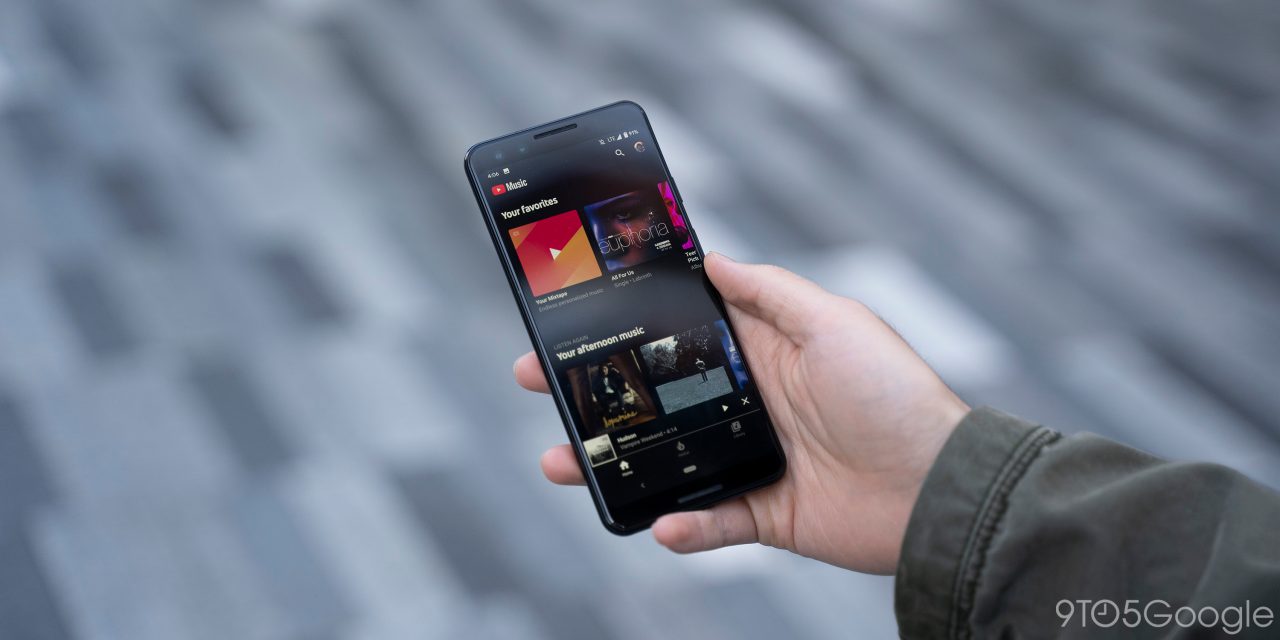 Play Music has been in limbo since YouTube Music relaunched two years ago. As the latter streaming service gains new features — like last week’s Now Playing redesign and discovery revamp, the Play-branded app has been functionally and visually frozen. Users have had no choice but to keep using it as switching would require starting their audio experience from scratch. That’s changing today as Google starts letting you transition Play Music libraries to YouTube Music.

Your library encompasses a great deal of content, personal preferences, and history. It, of course, starts with songs and albums in Play Music’s catalog that you’ve saved by tapping “Add to library.” All Google Play purchases and file uploads are also included in the transition, with the cloud locker being Play Music’s defining feature for fans of the service. You can find this content by visiting the Library page, selecting Albums/Songs/Artists, and then the Upload tab.

Next up are personal and subscribed playlists, as well as curated stations that are at the heart of Play Music’s approach to discovery. The last key aspect being transferred are personal taste preferences and music recommendations as determined by song likes/dislikes and other factors.

Once this transition is rolled out to your account, YouTube Music on Android and iOS will surface a prompt to “Transfer your latest Google Play Music additions” in the Home tab, while music.youtube.com/transfer will become available. Cover art from your library is shown on the migration page, with a “Transfer” button in the bottom-right corner. You can reinitiate this process by visiting Settings > Transfer from Google Play Music.

Recommendations from Play Music will immediately appear in YouTube Music’s Home feed, but the core content transfer could take a few hours depending on the size of your library.

Google will alert you via email and in-app notifications when everything becomes available in the “Library” tab. There is a banner at the top of the app that you can tap to see progress, with the ability to “Transfer again” if you happened to make a new playlist in Play Music and want it copied over. As a note, transfers only occur in one direction with content uploaded to YouTube Music not appearing in Play Music.

To encourage old users to migrate, there are a handful of direct upgrades in YouTube Music. Playlists now max out at 5,000 songs — instead of 1,000, while Google has doubled the number of personal tracks that can be uploaded to 100,000. Much of the transfer experience today is aimed at people just coming over to the new service.

Meanwhile, podcasts in Play Music can also be transferred to Google Podcasts. More about that transition is available here. 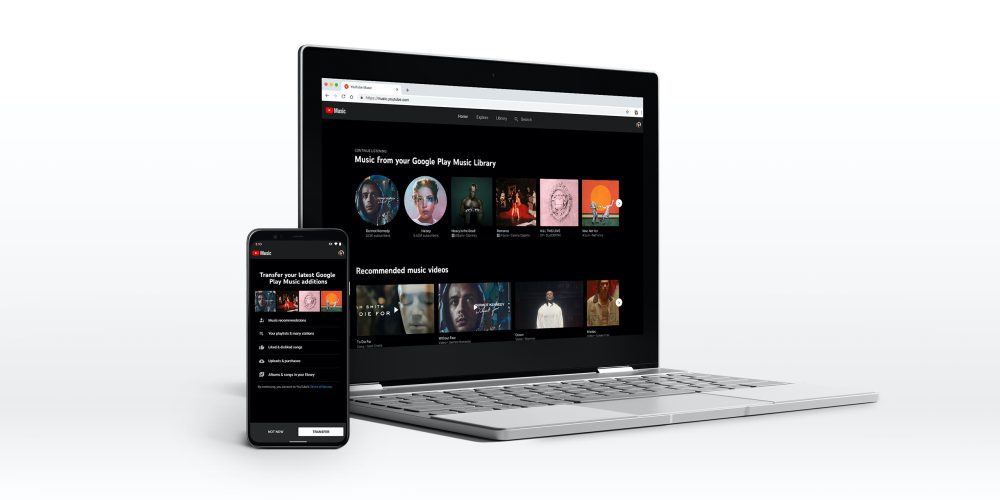 All Play Music users will be emailed with detailed instructions on how to begin. This process will take a couple of weeks as Google rolls it out on a country-by-country basis. Pricing and benefits will not change as part of this transfer as users get grandfathered in with their old monthly rate. However, after tapping ‘transfer,’ a billing change on your banking statements will see you get charged by “YouTube,” instead of “Google Music.”

At that time, the company will share more details, particularly on what’s happening with Play Store song and album purchases. With the migration, any tunes that you buy on Google Play will continue to show up in Play Music. To get them in YouTube, you’ll have to initiate another transfer. As of today, Google is not commenting on the future of buying music, which is arguably a niche behavior.

But until then, access to both services will continue, with Google promising “plenty of notice” before the shutdown.