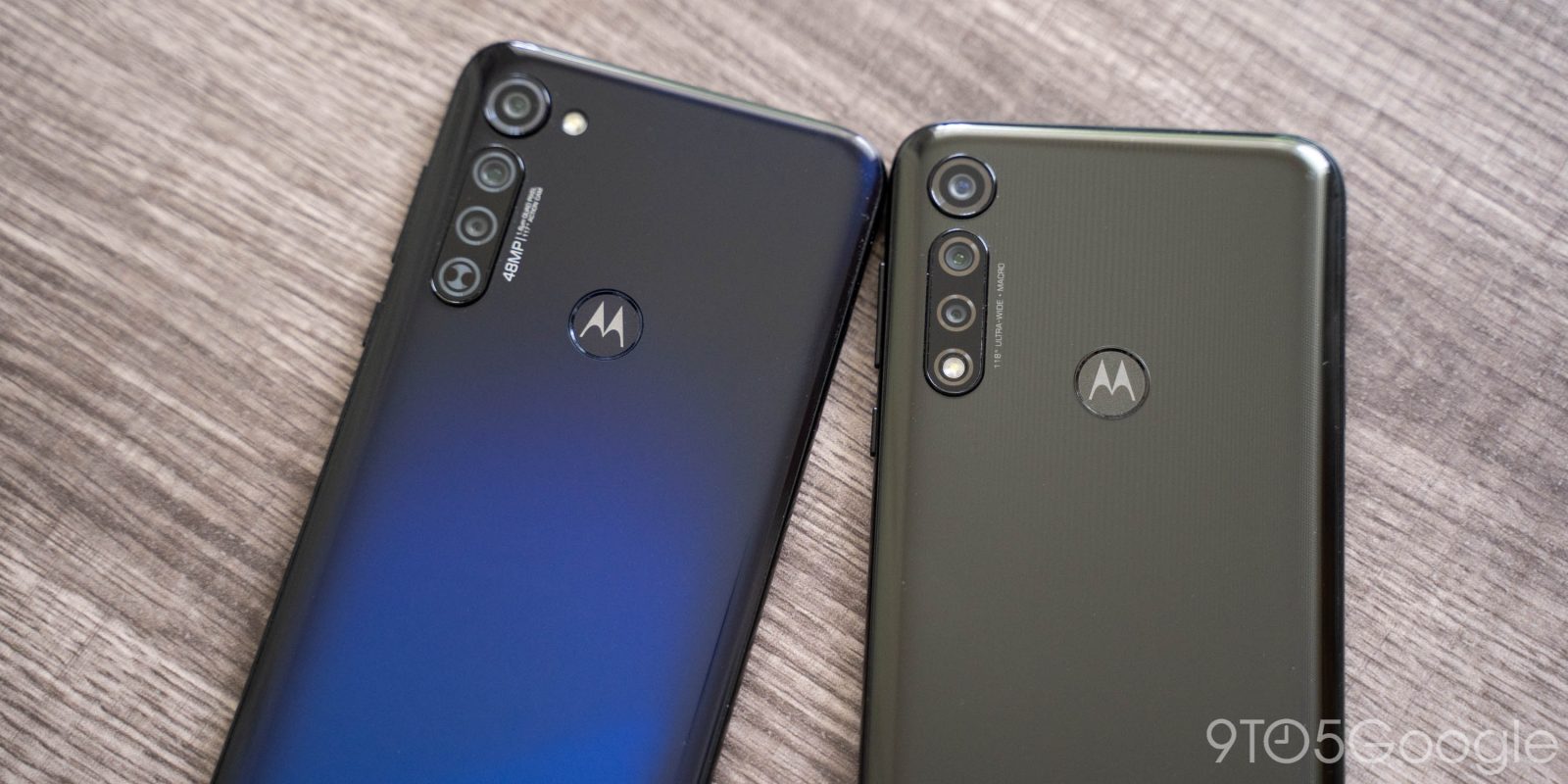 Motorola’s Moto G series is the company’s most popular smartphone lineup and, really, that’s for good reason. A few years ago, any “budget” smartphone was pretty awful, but Motorola fixed that by making smart choices in its cuts and delivering a software experience that was nothing short of excellent. Now, in 2020, Motorola has ditched the numbers and delivered the Moto G Stylus and Moto G Power. Are they worth your attention? I’ve spent a few days trying to answer that question.

The Moto G series has evolved most in its design over the years, going from a clone of the Moto X to packing an Oreo camera today. Now, the Moto G series is all about a big screen, a shiny plastic build, and leaving plenty of room for the battery. Well, mission accomplished.

Both the Moto G Stylus and Moto G Power are hefty devices, thanks to their internal batteries, but the hardware itself feels cheap and slippery, despite looking price nice in pictures. My wife who used the Moto G Stylus said she’d have to put a case on it just because it’s too slick to use with smaller hands. In my case, I found the same because as the oils from your hands build up, the phone gets a bit more slippery and also feels a bit gross. The finish also gets little tiny scratches extraordinarily easily. 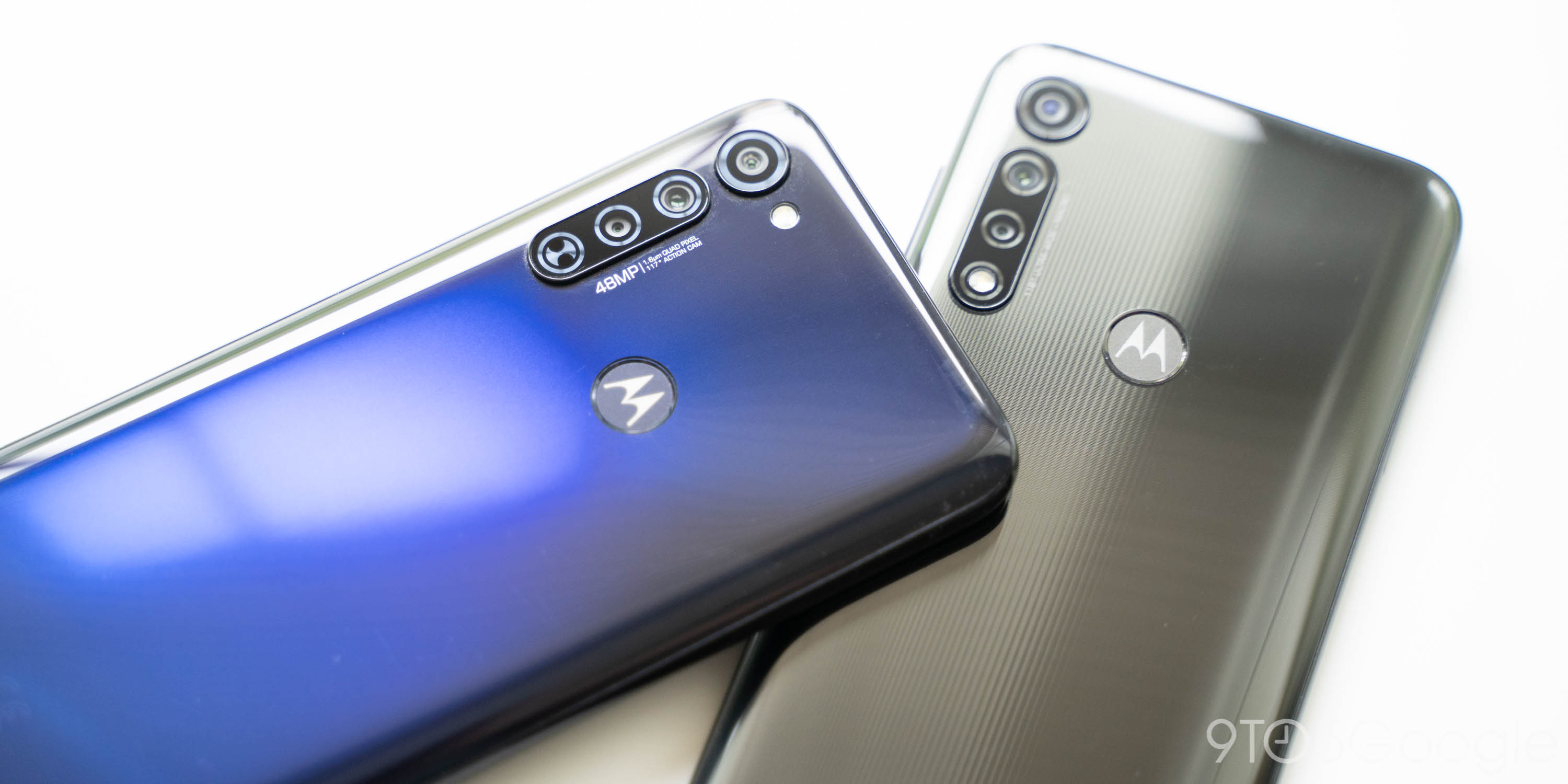 Gripes about the plastic aside, I’ll give Motorola credit for building a phone that isn’t creaky at all. Plastic builds often leave some portions of the device with just a little bit of give, but these devices are solid. Even the buttons, which are admittedly slightly wobbly, have a tactile press.

Flip the phone over and you’ve got a pretty huge 6.4-inch display, too. The bezels are pretty slim for a budget phone, using a hole-punch to house the camera and push the edges that much farther. The display gets fairly bright and has decent colors, and even the FHD+ resolution isn’t much of an issue. Still, though, this is just not a very good display. 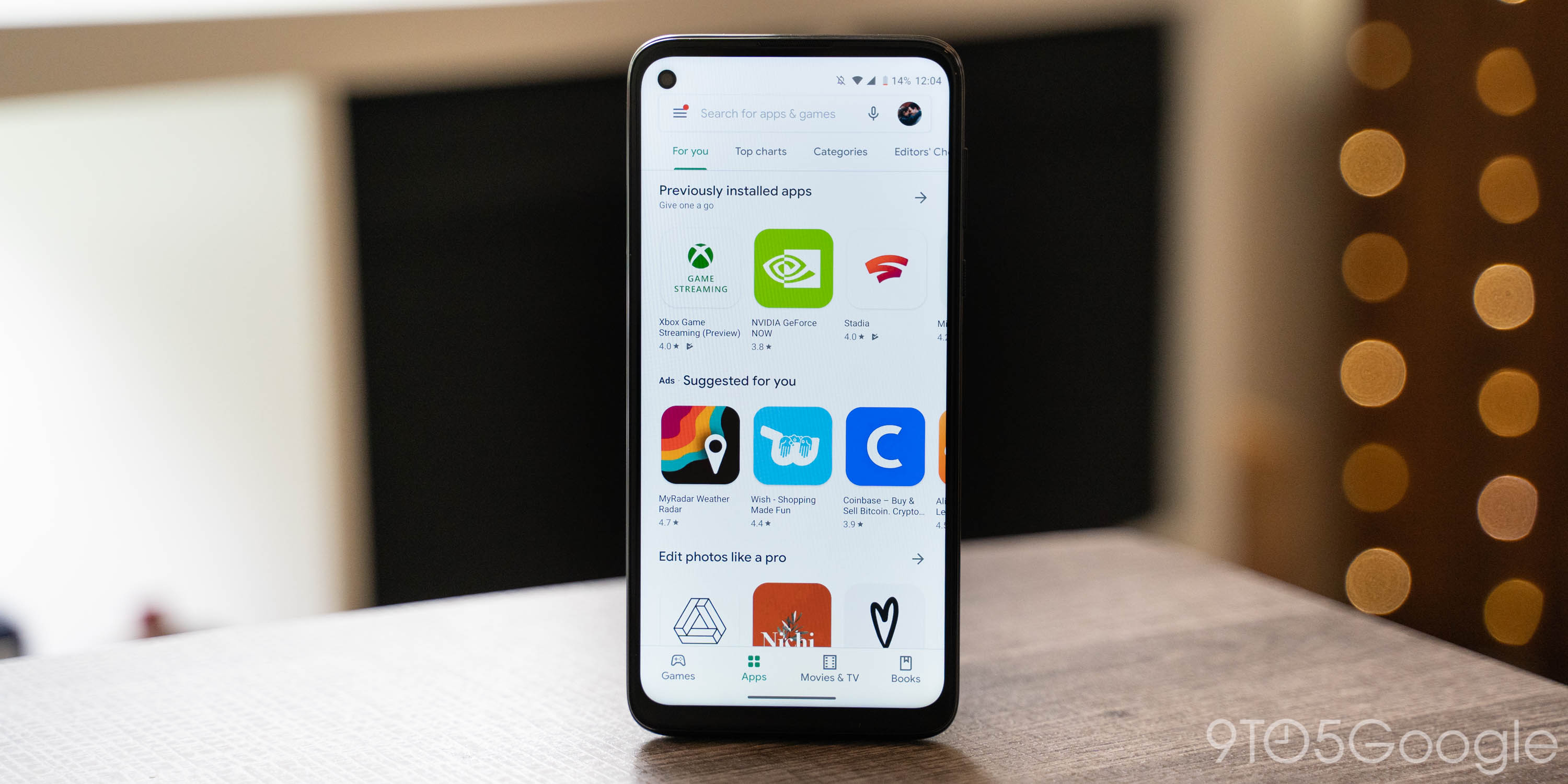 Any tilt of the display whatsoever causes the brightness to fade away. The display also has areas of discoloration all over the place around the edges of the panel and around the hole-punch cutout. It’s just not a good look, and a telling sign that this is a bottom-of-the-barrel LCD panel.

The bright side of most Motorola smartphones comes from software, and the 2020 Moto G series keeps that going. Out of the box, these devices are running on top of Android 10 with a clean build that only makes a handful of modifications to Android.

Those changes include things like Moto Display — an option that turns on the display when your hand gets near and shows recent notifications with more information just a tap away. There’s also Moto Actions, which uses certain physical gestures to open the camera (double-twist) or turn on the flashlight (double-chop). They’re intuitive and just a pleasure to use. I wish they worked on every smartphone.

The Moto G Stylus also has some changes for the sake of that pen held within. For example, there’s a new note-taking app that offers the ability to jot down notes using the pen. That app can also be set to launch when the stylus is removed from its silo. There’s also a little pop-up menu that can contain shortcuts for things such as Motorola’s notes app. You can also customize it to have shortcuts for other apps or certain functions like taking a screenshot.

That pen, by the way, isn’t anything special like the one in the Galaxy Note series. It’s just a stylus that stores inside of the phone and gives you slightly more precision than a fingertip would.

Software is far from bad on the Moto G series. What’s unfortunate is that the performance doesn’t do the software justice. It’s slow, laggy, and pretty annoying to use. When the phone works well, it’s capable of running apps and games, but every so often it starts to freeze up and becomes unusable for a few minutes. On one occasion, the phone completely locked up and spent nearly 10 minutes trying to reboot! 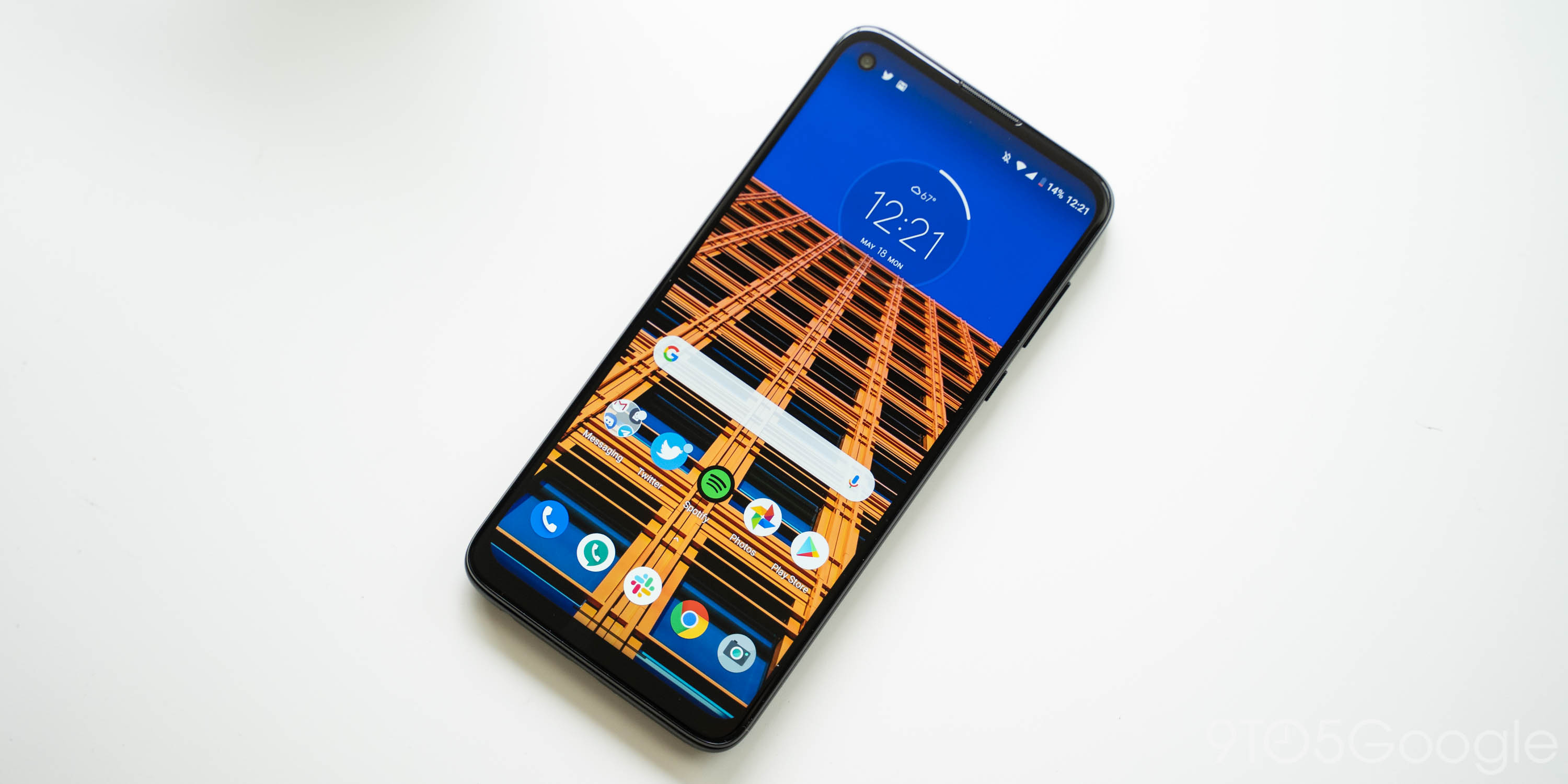 That’s not the fault of the Snapdragon 665 chipset or 4GB of RAM, but just an issue with Motorola’s optimization. This setup should work just fine, but something is causing it to be slow.

As a side note, the Moto G Stylus ships with 128GB of storage which is excellent given the price point, but the Moto G Power downgrades to 64GB. In either case, though, the days of mid-range phones having lackluster storage options are over. Plus, there’s a microSD card slot too!

To round things out on the software front, let’s touch on updates and future support. Motorola isn’t very good at it anymore. The Moto G series is promised at least one major update to Android 11, but there’s no timeline attached. Also, monthly security updates are historically not as regular as they should be. It’s not uncommon for this to happen on budget phones, but with the Pixel 3a/4a and iPhone SE out there providing updates to customers for years, Motorola and others need to do better.

One of the biggest strengths of the 2020 Moto G series — the Moto G Power in particular — is battery life. The 4,000 mAh and 5,000 mAh packs in the Stylus and Power respectively deliver excellent battery life. 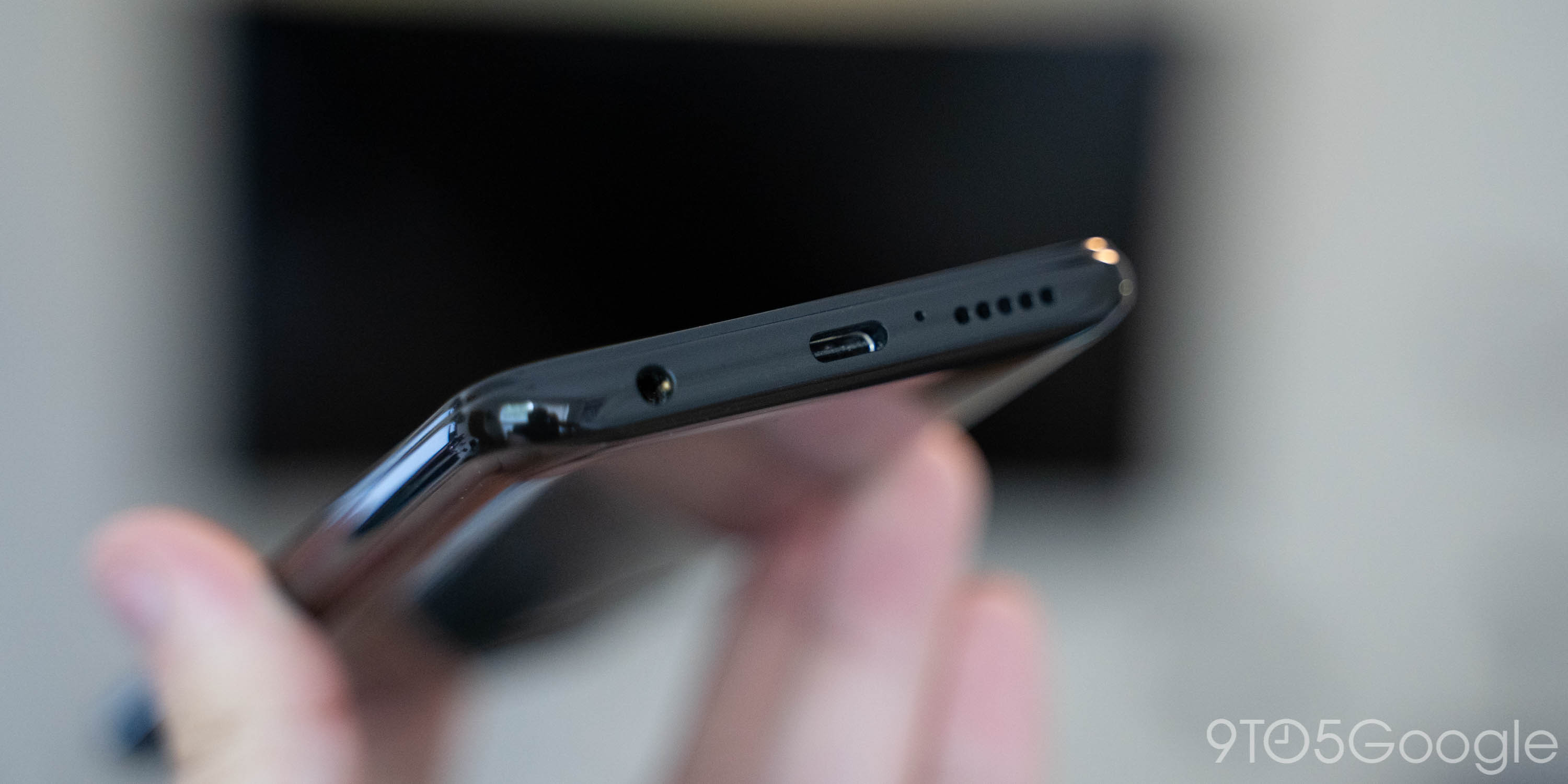 In my testing of the Moto G Power, I fell just a bit short of Motorola’s three-day claim. However, that’s with over eight hours of screen-on-time over the course of 60 or so hours of runtime. It’s not bad by any means; in fact, it’s really good! In a second test, I was able to kill the battery in two days, but that required nearly three hours of gaming over the course of those two days and I ended up passing the 10-hour mark when all was said and done. If you’re into mobile gaming and on a budget, I’d highly recommend this device for its battery life alone. But just keep in mind that gaming performance won’t be incredible.

A sample of the Moto G Power’s battery life

The Moto G Stylus, on the other hand, was used by my wife. She also heavily used it for games as well as phone calls, texting, and browsing social media. On average, she was able to use the device for two full days on a single charge with no issues.

Battery life on both 2020 Moto G devices is simply great. When it does come time to charge, you won’t find Qi, but you will have USB-C — finally — with support for Power Delivery. The included charger isn’t super quick, but any USB-C PD charger will top you off a lot quicker. I recommend an 18W charger.

A sample of the Moto G Stylus’ battery life

Optics are often a downfall of mid-range smartphones, but Motorola hasn’t actually failed in this department. Starting with the G Power, Motorola stuffed in a 16MP primary camera alongside ultrawide and macro shooters. They’re not bad! The cameras still tend to lack a bit of detail and smooth some things over, but the results don’t make me say, “Yep, that’s a $250 phone.” Outdoors, the captures are really good. Indoors, they can be good or bad, just depending on the subject and the lighting.

The Moto G Stylus, on the other hand, has a better setup. It packs a 48MP primary sensor that captures more detail. It still has some of the quirks that any mid-range phone would, but the overall results are really quite good. There are ultrawide and macro shooters on the back, too, and they’re but not as good as the primary sensor.

There’s also a dedicated “Action Camera” at the top of the camera array on the Moto G Stylus. It’s mounted sideways, which allows users to shoot proper, horizontal video while holding the phone vertically.

Really, there’s not a ton to say about either Moto G’s camera setup aside from, well, they’re fine!

The quality of the speakers on the Moto G series surprised me. The downward facing driver is backed up by an earpiece speaker and the overall combination isn’t half bad. It’s not quite the quality of something like a Pixel 4 or Galaxy S20, but it’s loud and clear.

Rear-facing fingerprint sensors are usually nice to see, but on the 2020 Moto G lineup they feel slow to use. I’m not sure if it’s the sensor itself or just the physical size, but this fingerprint sensor is considerably slower and slightly less accurate compared to others I’ve used, even on cheap devices. It’s far from a deal-breaker, though.

Yep, they’ve both got them. Don’t expect any fancy additions like you’ll find on a high-end LG phone, but unlike a lot of other devices nowadays, there is a 3.5mm jack on the Moto G Stylus and Moto G Power.

The Moto G Stylus and Moto G Power are respectable budget smartphones. The software is decent, the cameras are alright, the battery life is excellent, and the prices aren’t crazy. However, in a world where you can go buy an iPhone SE for $399, or a Pixel 3a for the same price — not to mention the upcoming Pixel 4a probably undercutting that — it’s really hard to tell anyone to get a Moto G Stylus for $100 less. It’s just not worth those savings. There’s more of an argument to be made for the $249 Moto G Power, though. 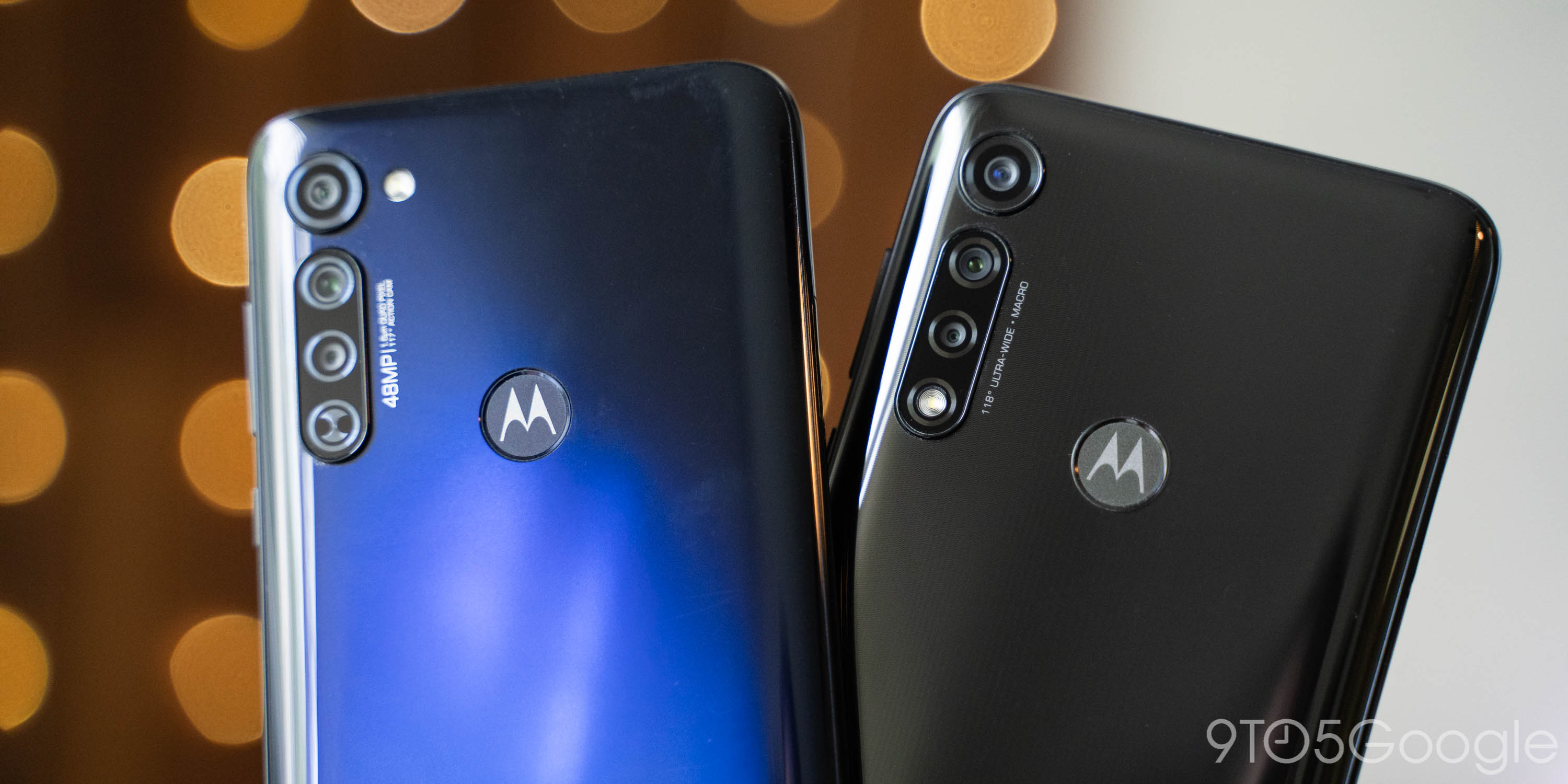 However, you can often get the Moto G Stylus and Moto G Power for less than the typical $299 and $249 price points. For example, Best Buy often sells the Stylus for 50% off if you activate it on Verizon or Sprint. $150? You can’t do better than a Moto G Stylus for that money.

If you do want to buy it unlocked, though, you can get the Moto G Power or the Moto G Stylus from B&H Photo where you can use the retailer’s own credit card to save money on taxes, or you can go through Amazon. These are also, notably, the least expensive phones on Google Fi.