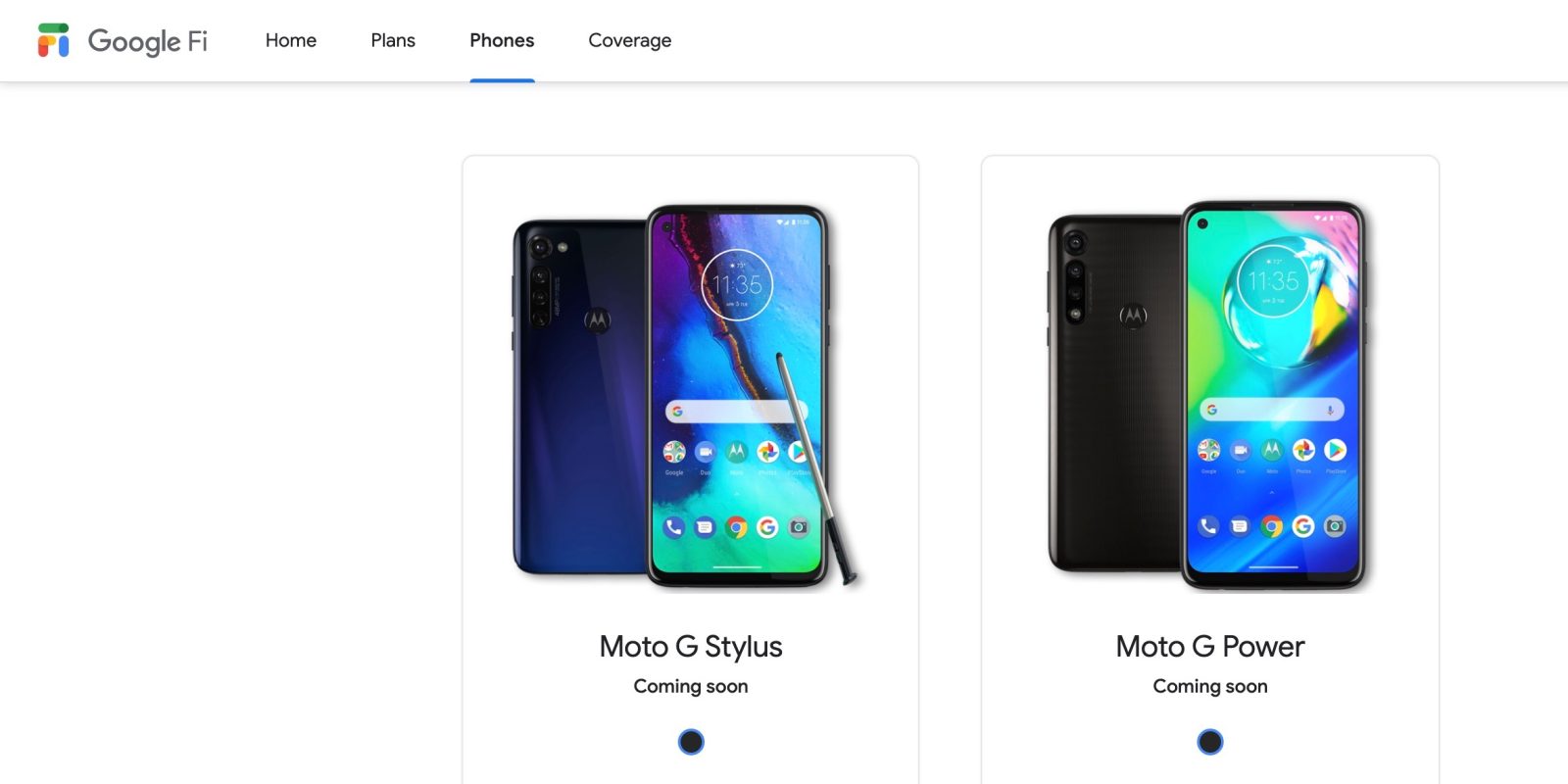 Motorola has long made phones that are fully compatible with Google’s MVNO. Ahead of their launch this week, Google Fi has listed the Moto G Stylus and Moto G Power as “coming soon.”

Original 4/14: Announced in February, the Moto G Stylus features a 6.4-inch display with 16-megapixel hole punch camera in the top-left corner. There’s a 48MP triple camera system on the rear and 4,000mAh battery.

Running Android 10, it’s powered by a Snapdragon 665 with 4GB of RAM and 128GB of storage that’s expandable via the microSD card slot. Of course, the unique aspect of this phone is a stylus. Motorola positions it as a tool for quick note taking and precise image editing.

Meanwhile, the Moto G Power drops the pen for a larger 5,000mAh battery that’s rated for three days. There’s only a 16MP triple camera system, while internal storage is down to 64GB.

As Designed for Fi phones, they feature networking technology to seamlessly switch between T-Mobile, Sprint, and US Cellular to ensure the best connection.

Update 4/20: The Moto G Power (Smoke Black) comes in at $249 and the Moto G Stylus (Mystic Indigo) is $299. However, both are currently discounted by $50 with purchase and activation on Google Fi. New and existing MVNO customers qualify for this deal, which applies automatically at checkout.