In light of COVID-19, Google delayed the release of Chrome 81 to ensure browser stability, while skipping version 82 and moving up the next update. Chrome 83 is now rolling out with features from the passed-over release and a big focus on security/privacy.

Tab groups are officially launching with this release on Mac, Windows, Linux, and Chrome OS, but the company notes a gradual rollout.

Google collaborated with Microsoft to modernize the appearance of checkboxes, text fields, buttons, select menus, and other form controls. This improves accessibility and touch interaction by increasing the size of onscreen targets.

This new look — already available on Microsoft Edge — is rolling out first to Mac, Windows, Linux, and Chrome OS with Chrome 83. Android support is coming later this year.

A “Privacy and security” Settings redesign sees “Cookies and other site data” elevated in prominence to be easier to manage. Users are provided four options with straightforward explanations:

Meanwhile, a revamp of Site Settings organizes it into two sections. The first deals with location, camera, microphone, notifications, and other sensitive website preferences, while a new section lists recent permissions activity. This revamp, and other security features, will start rolling out with Chrome 83.

A related change sees Chrome 83 block third-party cookies by default in Incognito. Users, however, will have the option to enable on a site-by-site basis. A new “eye” icon in the address bar opens a panel that notes how many cookies were blocked, while there’s a toggle on the Incognito New Tab Page to allow/disable third-party cookies.

A new, multi-faceted Safety check in Settings confirms that you’re running the latest version of Chrome and that no saved passwords have been leaked. It will also work to make sure you don’t have any harmful extensions with a prompt to uninstall if necessary.

Chrome 83 will feature a redesigned Extensions menu in the main browser and PWA windows that’s marked by a “puzzle” icon. Focused on privacy, tapping will show a list of extensions and what data can be accessed. Like before, you can still pin them to the right of the address bar. 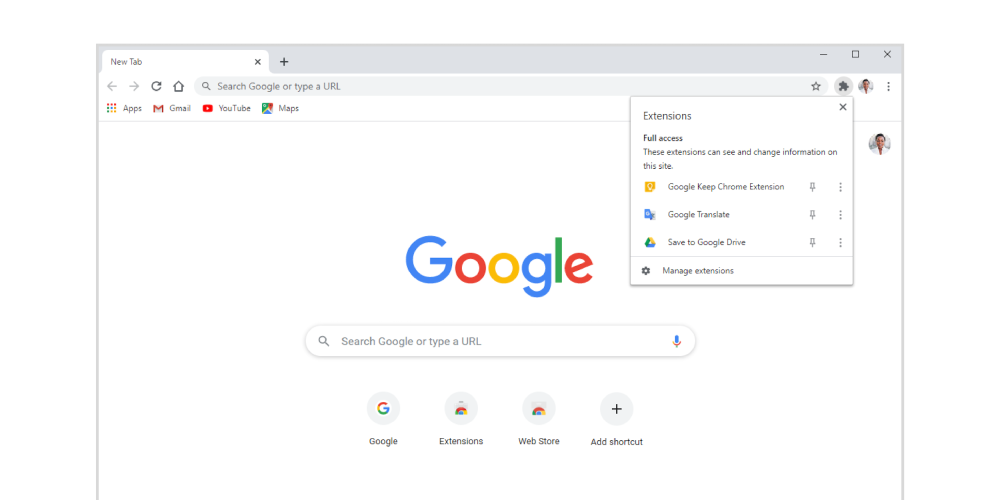 Google is introducing Enhanced Safe Browsing to have Chrome check whether pages and downloads are dangerous. There are also account-level integrations with Gmail and Drive to “protect you based on a holistic view of threats you encounter on the web and attacks against your Google Account.” This mode will add tailored warnings for phishing sites, file downloads, and cross-product alerts over the next year.

“Standard Protection” is still available — along with disabling Safe Browsing entirely, while the opt-in “Enhanced Protection” requires that “browsing data to be sent to Google.” 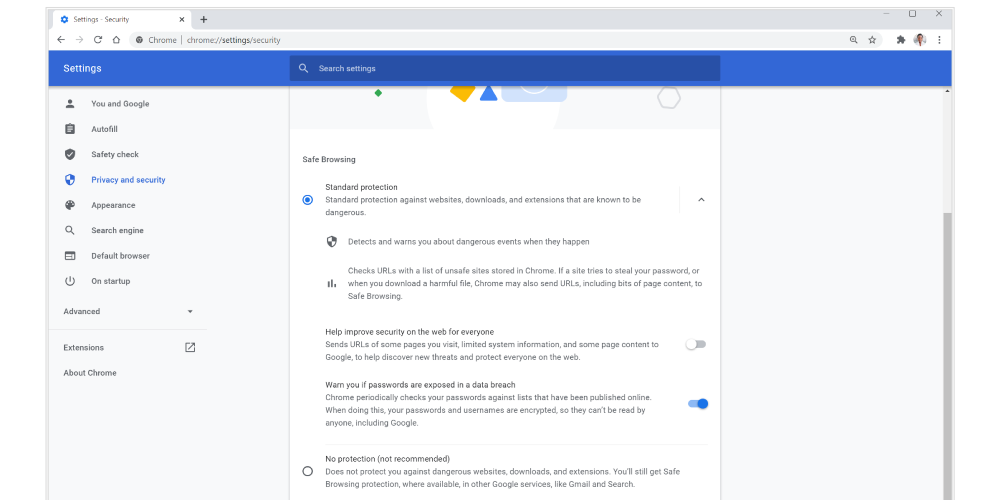 Google is not switching users to its own 8.8.8.8 DNS provider, but rather auto-upgrading them to their current DNS provider’s DoH service (if available). It will be disabled by default for managed devices running Chrome OS and for certain enterprise desktop browser users. 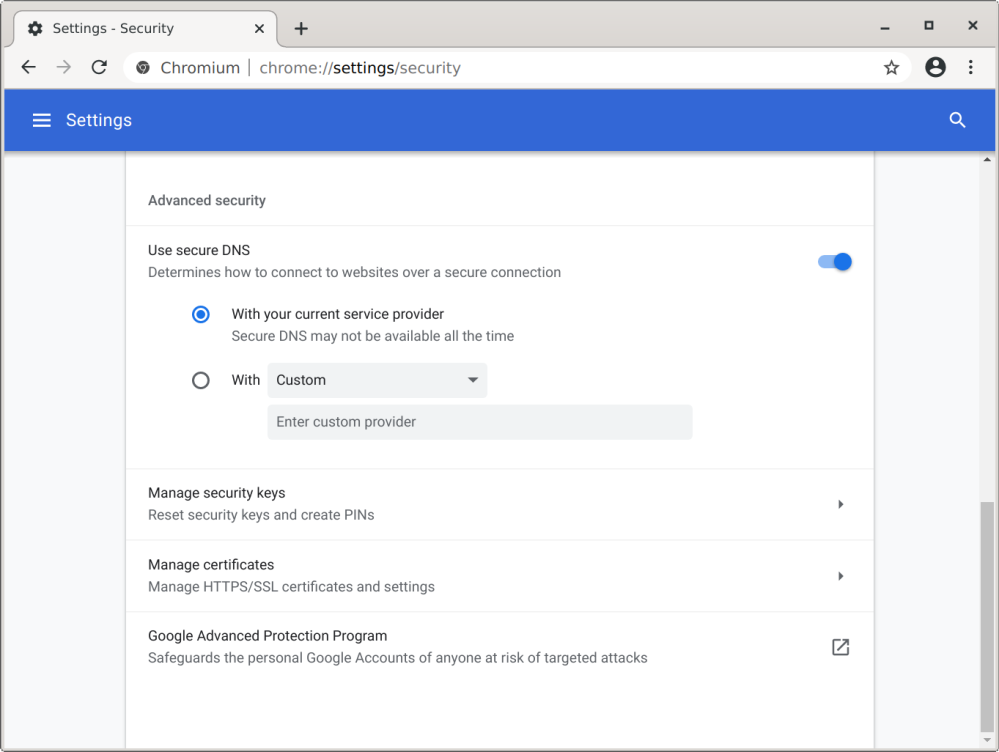 Google is planning to remove Adobe Flash from Chrome entirely this December after version 76 last July blocked the outdated plug-in by default. Chrome 83 will display a warning when sites prompt users to activate the Flash Player about that upcoming change. 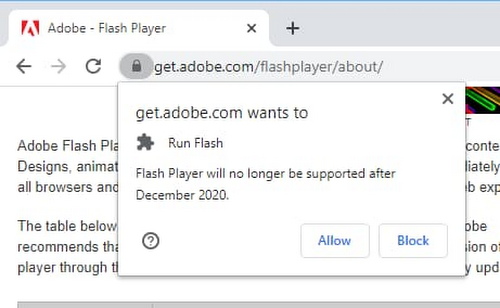 With version 81 autoupgrading HTTP images to HTTPS on secure pages, Google is now focusing on mixed content downloads. Chrome 83 will start warning macOS, Windows, Linux, and Chrome OS users when they download an EXE, APK, or other executable over HTTP on an HTTPS page. This “[file] can’t be downloaded securely” message is found in the downloads bar. 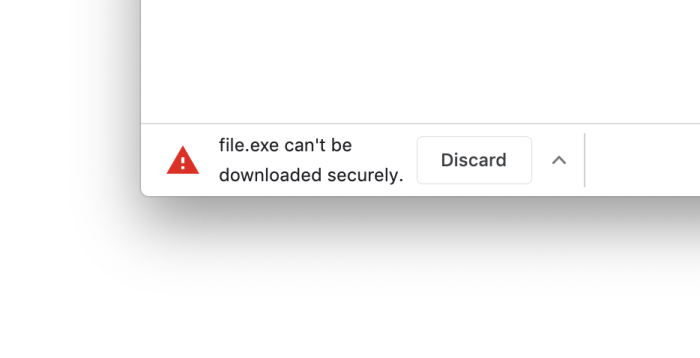 Building on the new Chrome OS tablet mode, there is a new tab strip UI that groups together related pages. 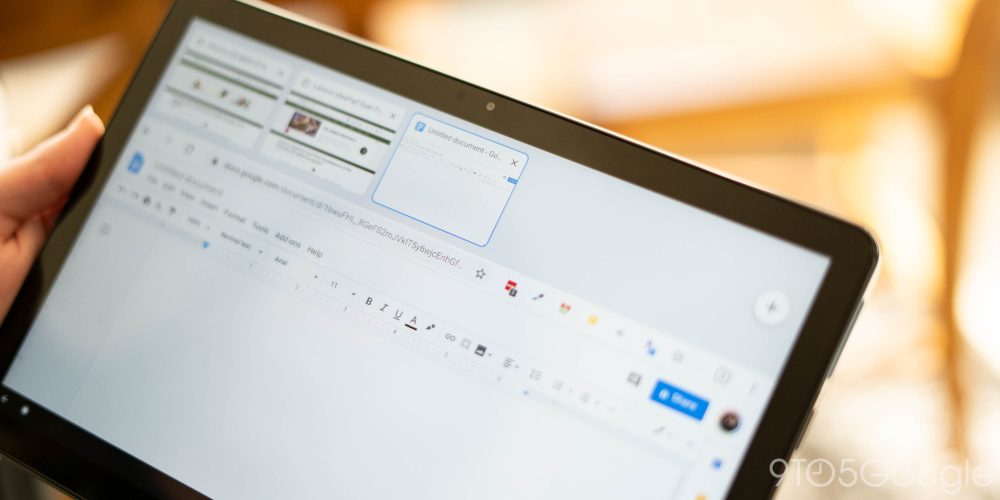 Earlier this year, Google announced that its killing Chrome Apps given the rise of modern web technologies. With version 83, Chrome apps will no longer be supported on Mac, Windows, or Linux for consumers.