Google Store stops selling original Google Home in the US

Google’s smart speaker lineup is currently comprised of four devices, with the latest being the Nest Mini from October 2019. The original Google Home today is “no longer available” from the US Google Store in a possible end for the nearly four-year-old Assistant device.

The Google Home was first shown off at I/O 2016 as the company’s big foray into the emerging world of smart speakers and assistants. It got another unveil at the inaugural Made by Google keynote that October and finally went on sale on November 4 for $129.

Drawing physical comparisons to an air freshener, the Google Home is comprised of a slanted top surface that doubles as a control surface for volume, play/pause, and invoking the Google Assistant. The latter was also possible through “Ok Google,” with the company adding a physical button on the rear to disable the microphone. That privacy switch has remained available across all subsequent speakers and Smart Displays from Google.

Meanwhile, the bottom was a “Base” that magnetically attached and could be swapped out. Available in fabric or metal, it was a nifty way to customize your Google Home, though the concept never really took off. In future devices, Google just provided more default colors.

On the spec front, there’s a 2-inch driver + dual 2-inch passive radiators with two microphone array that’s always listening for the hotword. It connects over Wi-Fi with Bluetooth 4.1 also available for pairing to other speakers. 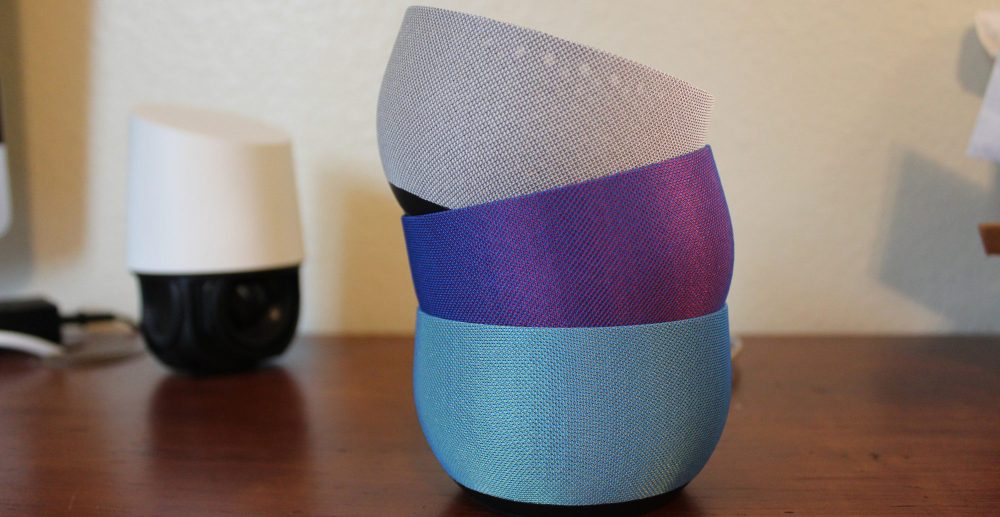 As of today, the US Google Store lists (via Android Police) the Google Home as “No longer available.” That said, the product listing has not been removed and the device is still shown alongside other speakers. Meanwhile, the “Coral” fabric Base is “out of stock,” but the two metal variants remain available.

Recently discounted to $99, the US Google Store has likely depleted its original Home inventory, and is no longer getting new stock. The UK Google Store is still selling the device, while there’s a waitlist in Canada. Stateside, most retailers have the Google Home available.

If this is permanent, the Nest Hub — which just saw a price cut to $89.99 — becomes the default Assistant device from Google. The Home/Nest Mini remains the most affordable option, while those that want more can choose between the Hub Max or Home Max. 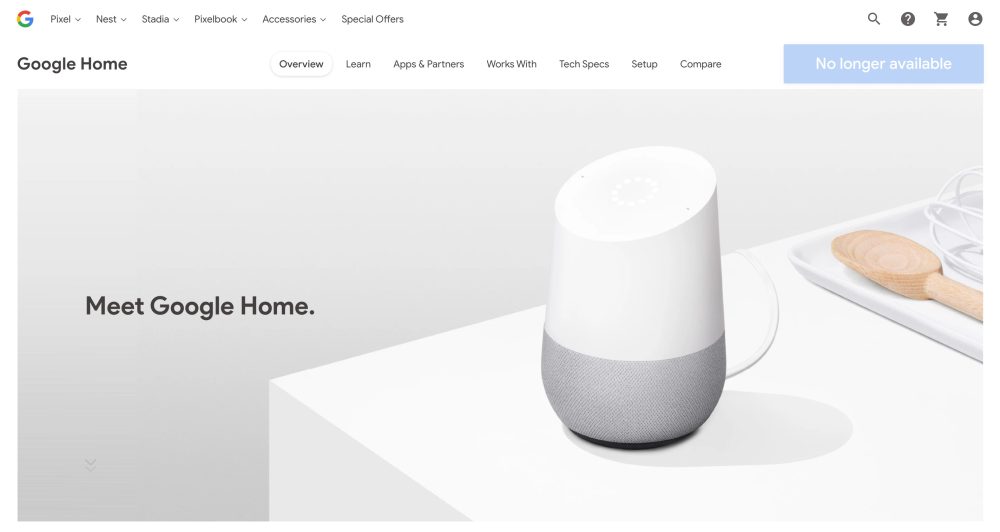