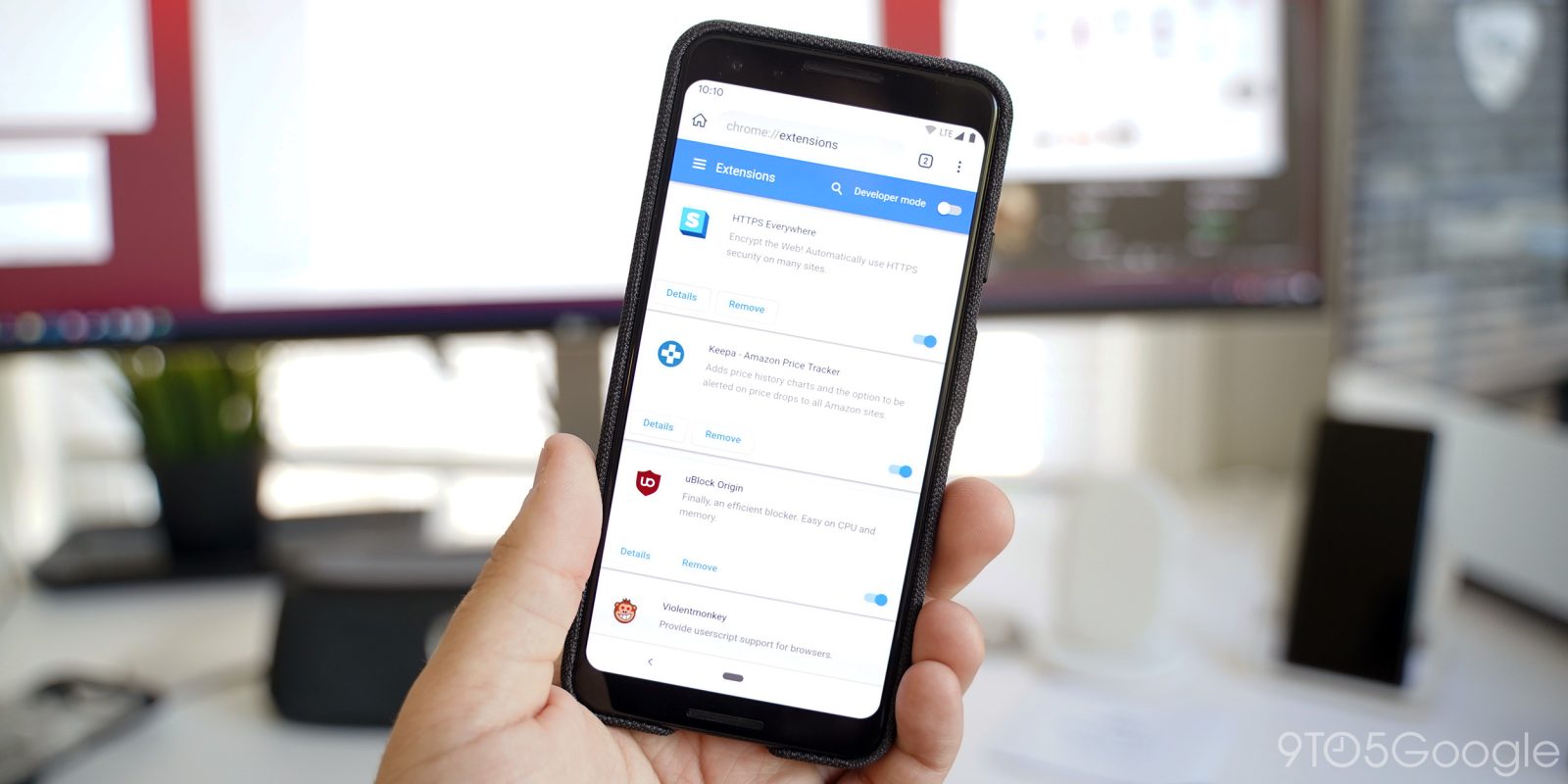 Right now, the only way to use Chrome extensions on Android is to use an alternative browser like Kiwi Browser, which is based on the same Chromium browser engine. The developer responsible for Kiwi Browser is working with Google and Samsung to bring Kiwi’s extensions support “upstream” to Chromium for other Chromium-based browsers to use freely.

Last year, Kiwi Browser launched support for full Chrome extensions and was the first Chromium-based browser on Android to do so, followed by Yandex Browser. Last month, Kiwi Browser became an open-source project, allowing other developers see and use the necessary code to get extensions working.

As noted on Twitter by Dinsan Francis of Chrome Story, an effort has begun to bring a significant portion of the work to support extensions on Android back “upstream” to Chromium. If successful, other Android browsers based on Chromium — such as Microsoft Edge, Samsung Internet, and of course Google Chrome — would theoretically be able to begin to support extensions.

As an important side note, these browsers would have the option to support extensions on Android. Unless Google has a major change of heart, Google Chrome for Android will not necessarily be gaining support for extensions any time soon.

The work is outlined in a new issue in the Chromium Bug Tracker, in which Kiwi Browser’s developer Arnaud Granal explains that sometimes Google uses code that singles out Android instead of simply checking whether or not that build is intended to support extensions. Every instance of code like this makes it harder for developers of apps like Kiwi Browser and Yandex Browser to keep in line with changes to Chromium.

At first blush, things seem pretty cut and dry, with Arnaud of Kiwi Browser offering to contribute his work to the benefit of others and members of the Chromium team expressing a willingness to accept such code on a case-by-case basis.

From the examples you’ve listed, I’m very supportive of upstreaming those changes. (In particular, things like !android implying !extensions is logically incorrect, and has caused fragmentation and other issues.) Of course, these will need to be decided on a case-by-case basis, but overall, this sounds very good to me. : )

But then things get a bit more interesting, as the first code change related to extensions support on Android was uploaded yesterday. While nothing is unusual about the code itself, we can see that the change was uploaded by a developer with an @samsung.com email address.

We can’t say for sure why Samsung is involved with this process, but there is an interesting line in the bug tracker description that could provide an explanation. In it, the Kiwi Browser developer mentions that there are “at least 3” companies working on their own version of Kiwi, now that it has become open source and free to alter.

there are at least 3 variants of Kiwi that are getting born right now, including with a very very large OEM

From this limited evidence, we think it’s at least possible that Samsung could be rebuilding their Samsung Internet browser for Android to be based on Kiwi Browser, and with that change, support for Chrome extensions. However, it’s far too soon to say that with any certainty. All we know for sure is that at least this Samsung developer is helping to bring Kiwi’s extensions support to the rest of Chromium.