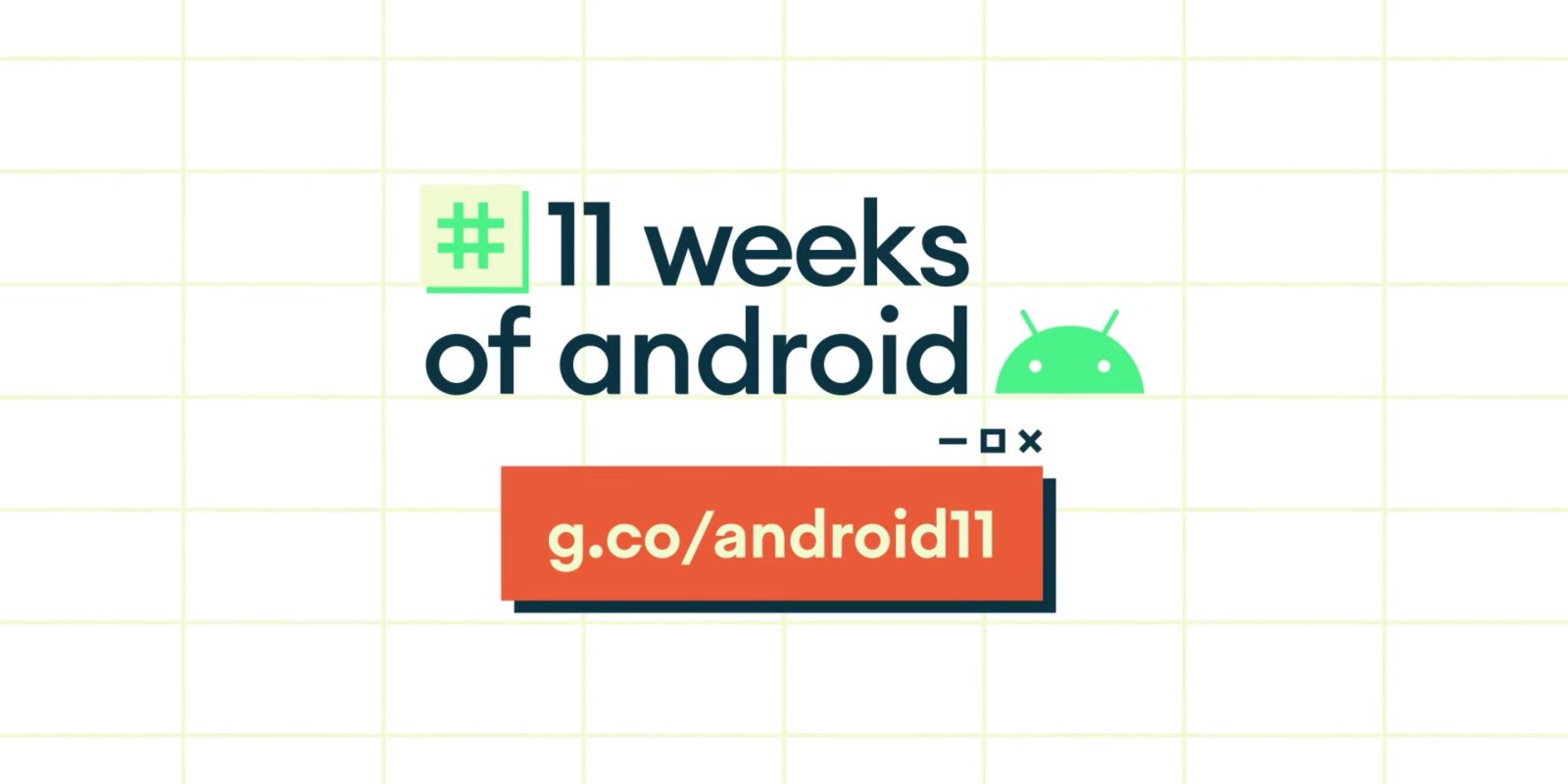 In launching the Android 11 Beta, Google today opted for a more subtle announcement. Instead of doing one “Beta Launch Show,” the company will be hosting “11 Weeks of Android” for developers.

Over 11 weeks, we’ll be diving deeper into different areas of Android with new developer content. Each week brings a new focus, everything from UI to Android Jetpack to Machine Learning.

This will presumably include videos and blog posts from the Android team. Weeks 4, 7, and 11 will be accompanied by Reddit AMAs and should roughly serve as the Q&A after I/O sessions. Week 9 about “Android Beyond Phones” should be the most interesting as Google has yet to discuss other form factors like Auto, TV, or Wear OS — which is still on 9 Pie.

Starting on Monday, the first series will be about “People & Identity.” During these 11 Weeks of Android, Google will release two more betas before the final release in Q3.

We’re making Android more people-centric and expressive, reimagining the way we have conversations on our phones, and building an OS that can recognize and prioritize the most important people in your life. That’s why this week we’re devoting to People, and how to enable all these new features in your apps.

Google is also hosting a “global series of community-led online events connecting you with other developers near you to learn what you need to know to prepare for the next release of Android.” The full list of Android 11 Meetups, which will predominately take place online and analogous to I/O Extended, is available here.

The company today also released 12 Android talks that were originally scheduled for I/O 2020. All of them are available on YouTube.