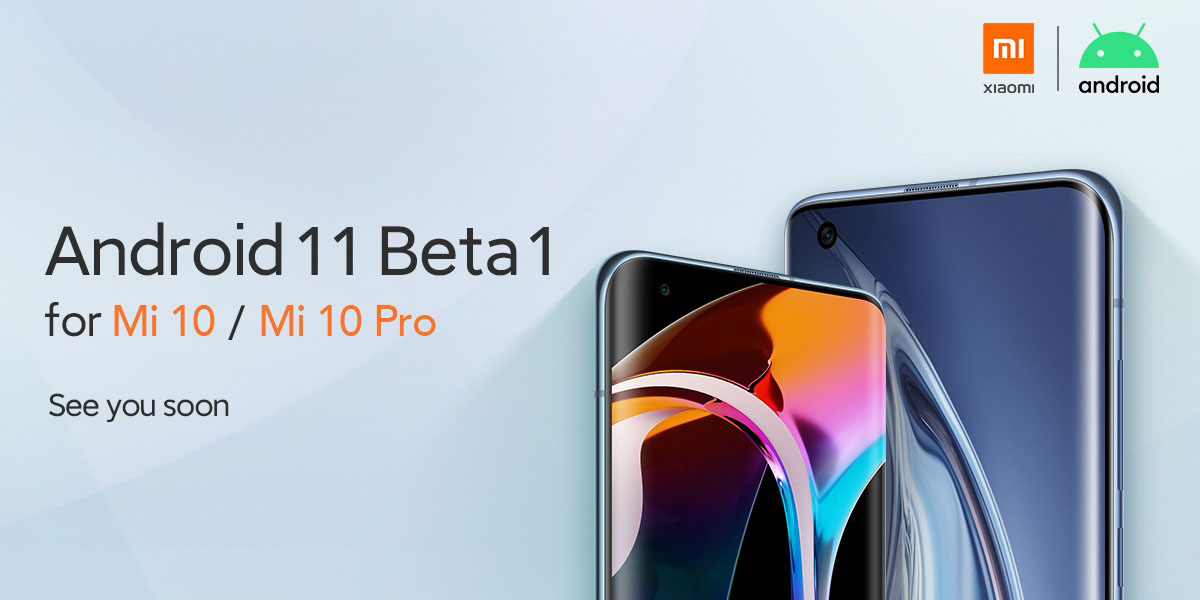 Yesterday, Google debuted the Android 11 Beta, but only for its Pixel smartphones. The company teased that other Android partners would announce beta programs “soon,” and now another pair is speaking up. The Xiaomi Mi 10 series and the Poco F2 Pro are now promised the Android 11 Beta.

Announced on their individual Twitter accounts, Xiaomi and Poco revealed that the Android 11 Beta Program would be available for three select devices — the Xiaomi Mi 10, Xiaomi Mi 10 Pro, and the Poco F2 Pro.

When might this beta program open? The company doesn’t offer a specific date, just saying “see you soon.” We’d expect, though, that the update will be available in the next couple of weeks.

The Android 11 Beta on Pixel smartphones is handled directly by Google, but on other smartphones, it is managed by the manufacturer using software provided by Google itself. That means changes we report on Pixel devices could take a few days or a few weeks to propagate to other devices through updates. Still, it’s exciting to see other partners get on board. Most likely, too, Xiaomi will be applying MIUI to its Android 11 builds.

Stay tuned, we’ll keep a close eye on Xiaomi for details on when the Android 11 Beta is available for Mi 10 and Poco F2 Pro.

We are excited to announce that #Android 11 Beta 1 will be available for #Mi10 and #Mi10Pro soon! Stay tuned with @Xiaomi for more! #Android11 pic.twitter.com/hdWlfrRelW