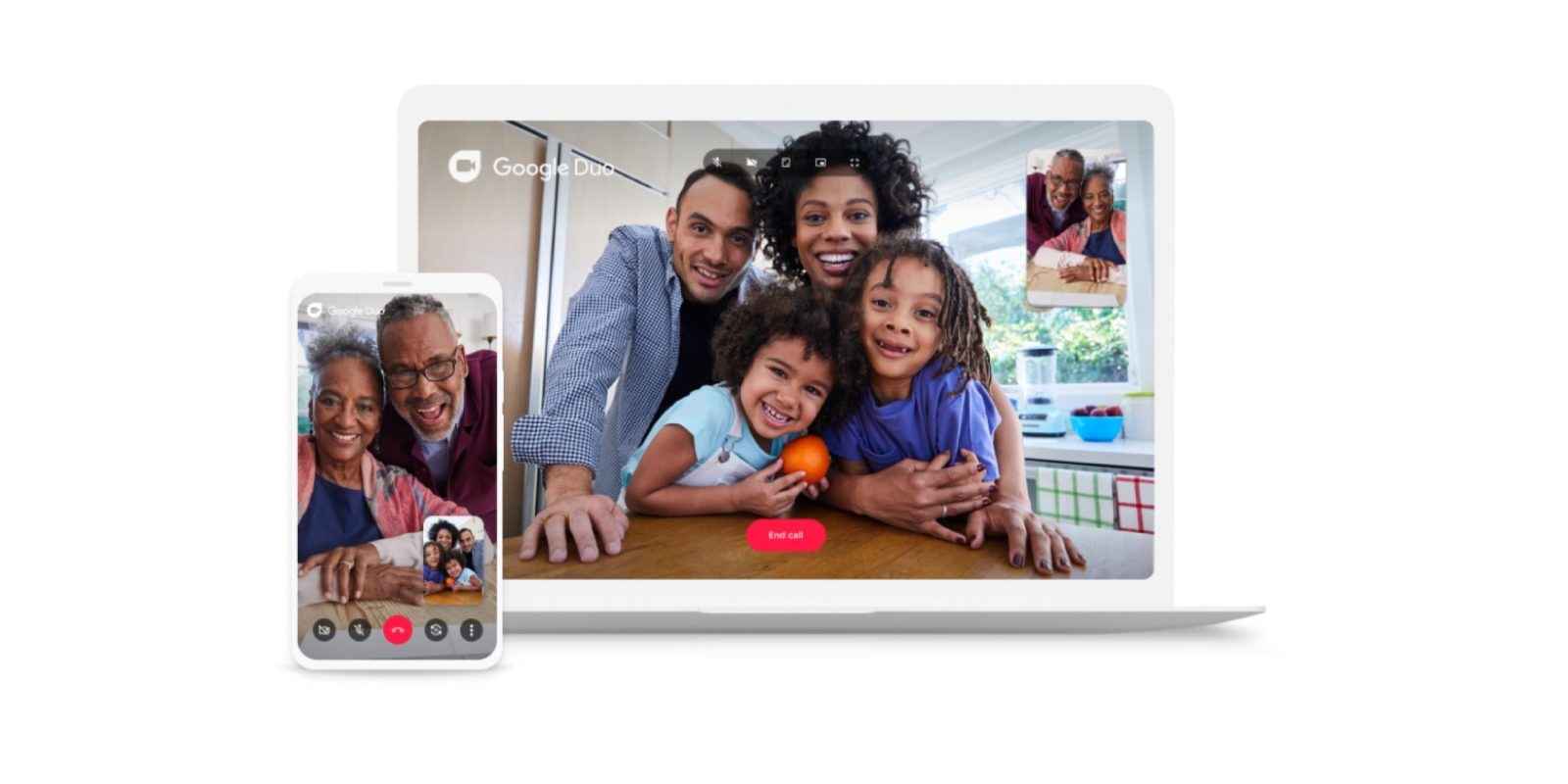 While Meet lately has received the brunt of attention in the video conferencing space, Duo is still around for more personal conversations. After announcing a slew of new features last month, Google Duo is now rolling out support for group calls with up to 32 participants on the web.

For the past several years, group calling has been limited to Android and iOS. In coming over to the web today, group sizes jump from 12 participants to 32. Back in March, the limit was originally eight calls, but Google raised it to meet video conferencing demands related to COVID-19.

The tiled UI online for this rounds the corners of every window, while putting portrait and landscape boxes side by side. Google has already shown off a similar Android UI where there’s a six-person square grid up top and a carousel of faces below that you can scroll through.

This feature requires signing in to Duo with your Google Account — not just phone number — and tapping “Create group” underneath the current “Start a call” button. It will hopefully arrive on mobile devices in short order. 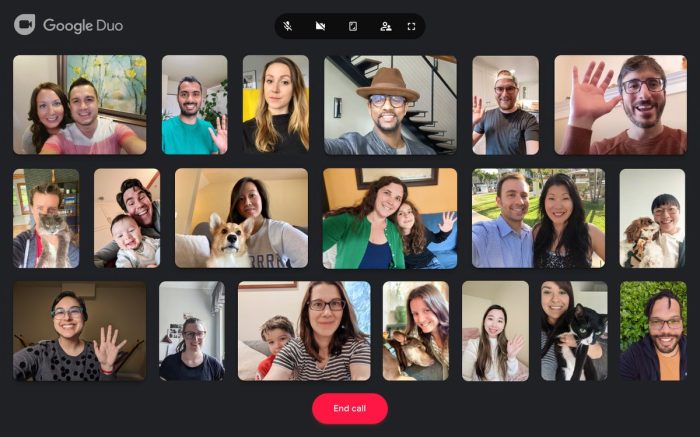 Behind the scenes, Google is leveraging the new WebRTC API as this feature supports the same end-to-end encryption as the Android and iOS clients.

3/The team has been working very hard making sure group calls stay secure (https://t.co/lo42Hwtrri) while on the web and are using the new WebRTC API (https://t.co/KBiA7uhmaG) to accomplish this.

Meanwhile, duo.google.com can now be saved as a Progressive Web App on desktop platforms. Chrome’s address bar features an Install button that adds a dock/desktop icon for the service. The website already supports notifications.

The PWA feature is already live, but group calls are still rolling out today.