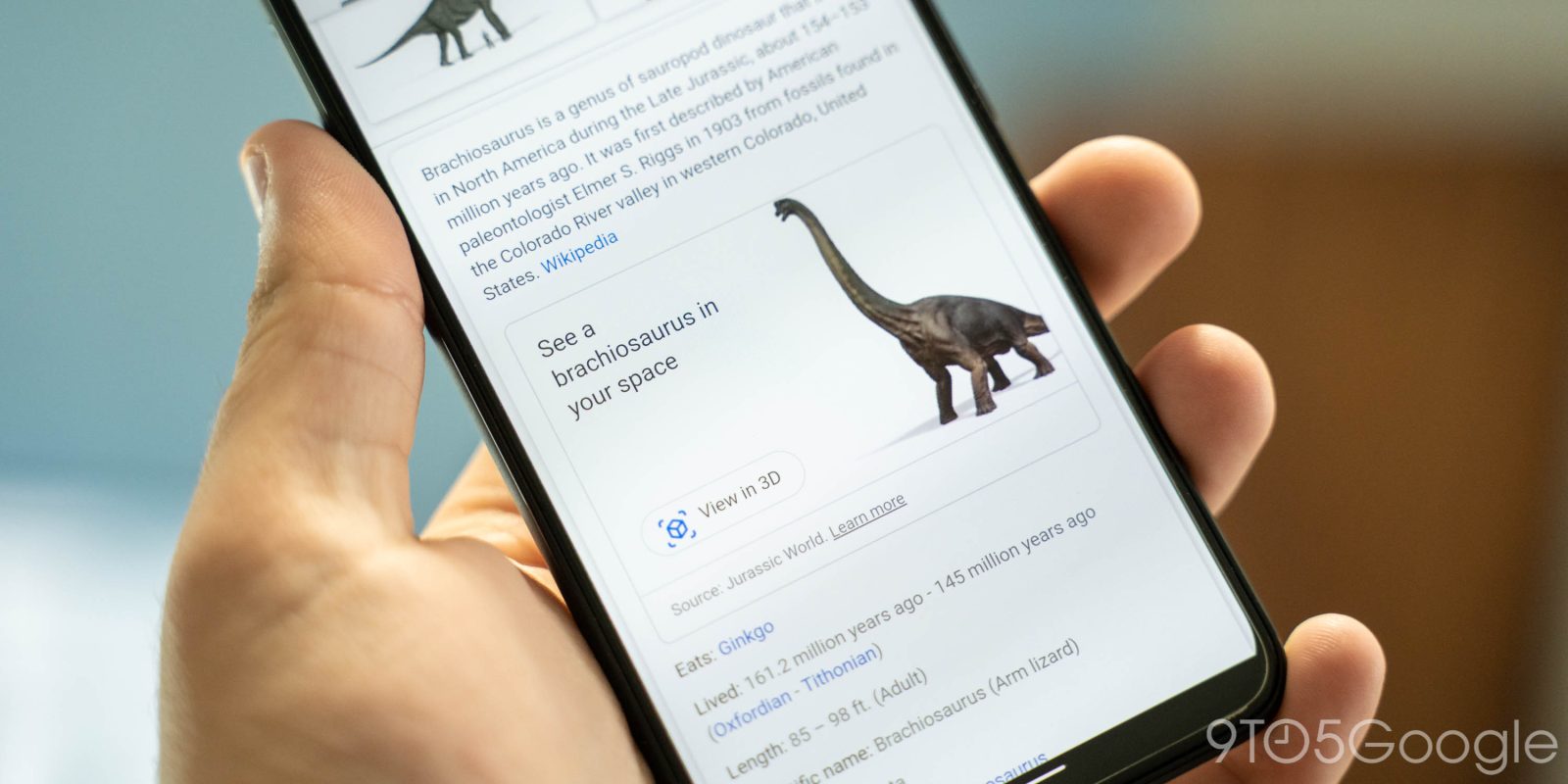 This year, the neat trick of viewing animals in 3D via Google Search exploded in popularity, and in the time since, Google has massively expanded the list of objects and creatures people can view. Today, Google has announced that you’ll be able to view 3D dinosaurs through Search.

Available starting today, Google will show you using augmented reality of what a dinosaur would have looked like in real life. There are 10 models available, and each one has the ability to show just how massive the creature would have been if it still roamed the earth.

Notably, too, Google pulled the models of these dinosaurs from the Jurassic World Alive mobile AR game.

As the Verge details, the full list of 3D dinosaurs in Google Search include:

You’ll need a compatible smartphone or tablet to view all of these, though. Most modern Android phones are supported — here’s a full list — and you’ll be able to use many iOS devices as well. Everything after the iPhone 6S is supported.