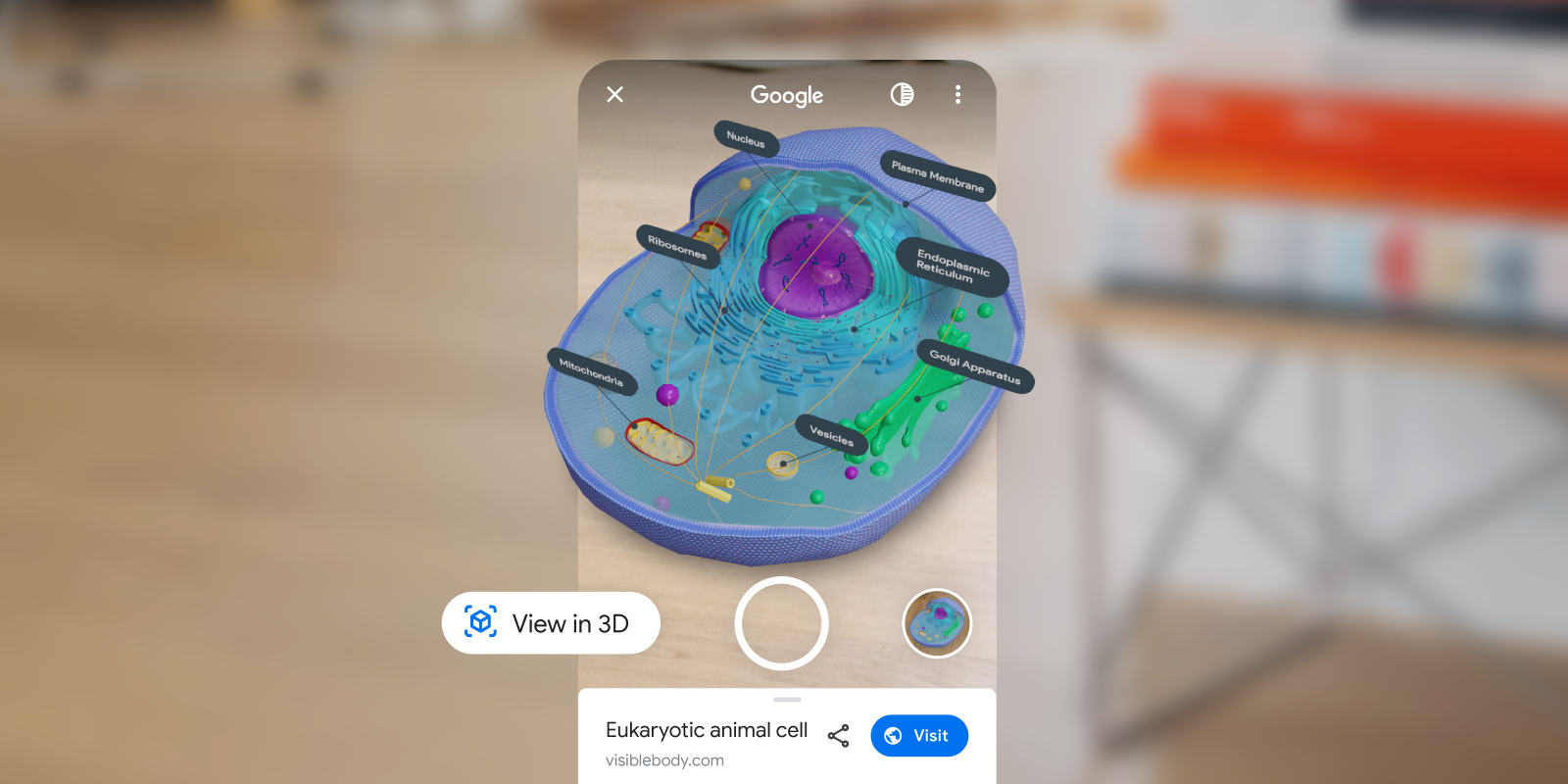 In recent weeks, people have turned to virtual animals in Google Search to experience the outside world indoors. Google today is adding a 3D skeleton and other models, while revamping the AR viewer on Android.

The company believes that the “easiest way to wrap your head around new information is to see it,” and has been introducing AR models to Google Search over the past year. The latest let you visually explore human anatomy and physiology, as well as biology.

On the anatomical front, Google partnered with Biodigital to bring 11 AR experiences. Searching “skeletal system” will let you view a human skeleton that has major bones labeled by floating descriptions. The model of the circulatory system provides an up close look at a heart.

Another partnership with Visual Body surfaces animal, plant, and bacteria cell models. These microscopic experiences benefit from being zoomed in on and rotated.

As part of these new additions, Google is also tweaking the AR/3D viewer that Android users interact with. The bottom sheet can be slid up to reveal a carousel of “related models” or “more animals.” This is more convenient than going back to Search and having to know every creature that’s available.

Google is also making official the ability to record a video with AR objects on Android. A single tap lets you take a picture, while holding down the shutter starts recording. Captures include audio and can be up to 30 seconds long, with your last clip shown in the bottom-right corner as a shortcut that opens the gallery app. This is a better solution than recording your entire screen.

We first spotted this capability last month and it’s now widely rolled out, along with the 3D skeleton and the other new Google Search models.