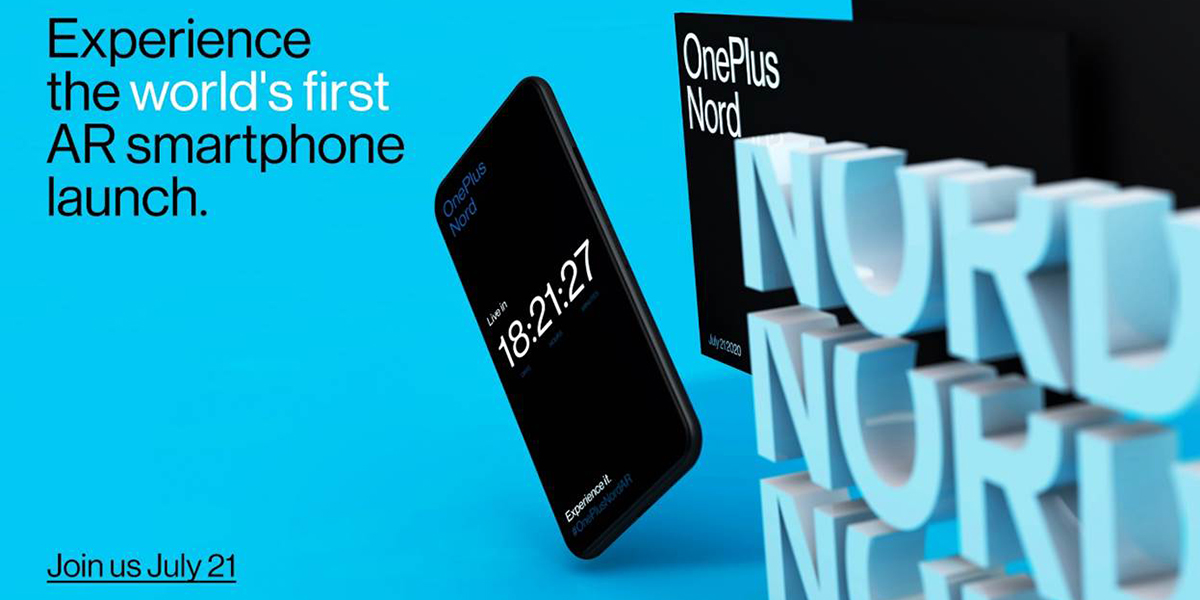 The OnePlus Nord is hotly anticipated and, so far, we already know quite a lot about it. Now, OnePlus has confirmed the official launch date of the Nord, while the CEO himself confirmed a key camera detail.

Update 7/7: OnePlus has today confirmed that the Nord will launch on July 21st after a retailer listing — detailed in the original article below — first revealed the date. OnePlus also confirmed that Nord will be launching in the “world’s first AR smartphone launch.” This builds on the VR launch of the OnePlus 2 that was held several years ago.

OnePlus Nord represents a new beginning for OnePlus, giving us an opportunity to share our technology with more people around the world. For this launch, we want everyone to sit back, relax, and experience our new phone for the first time right in the comfort of their living room. We feel that introducing Nord in a more personal and intimate way perfectly reflects our ambition to make the OnePlus experience more accessible to users.

To get in on the fun, users can download the Nord AR app on Android or iOS devices and set up their avatar. Then, on July 21st, the show will begin at 3 pm BST/10 am EST. For those who’ve got their hands on an invitation, they’ll be able to scan a QR code on that card to “go hands-on with the upcoming OnePlus Nord device” in AR.

BOOM 💥 get ready! #OnePlusNord will be announced on 21/7 and in style through the world's first AR product launch! #OnePlusNordAR ⬇️https://t.co/LGllY7Nrq1 pic.twitter.com/7wi1HkjPuB

As Ishan Argawal spotted (and deleted, via XDA) earlier today, a listing for the OnePlus Nord on Amazon India — since altered — briefly showed a possible launch date for the product. The page is still live, too, on a Google cached page.

That page is a product listing for an augmented reality event where OnePlus will launch the Nord. Previously, it was rumored that the device would arrive on July 10th, but this leaked listing outweighs that leak in terms of credibility. The listing also mentions that “everyone who purchases a OnePlus Nord AR Launch Invite is automatically entered for a chance to win great prizes, including a OnePlus Q1 TV, Nord phone, BWZ, and gift cards.”

Beyond that, OnePlus CEO Carl Pei also weighed in on some OnePlus Nord news on Twitter. In retweeting a leak regarding the Nord using optical image stabilization, Pei teased that the OnePlus Nord will have a “flagship camera.” Obviously, we don’t expect top-tier results from a $350 phone, but the company is clearly proud of what’s in store.