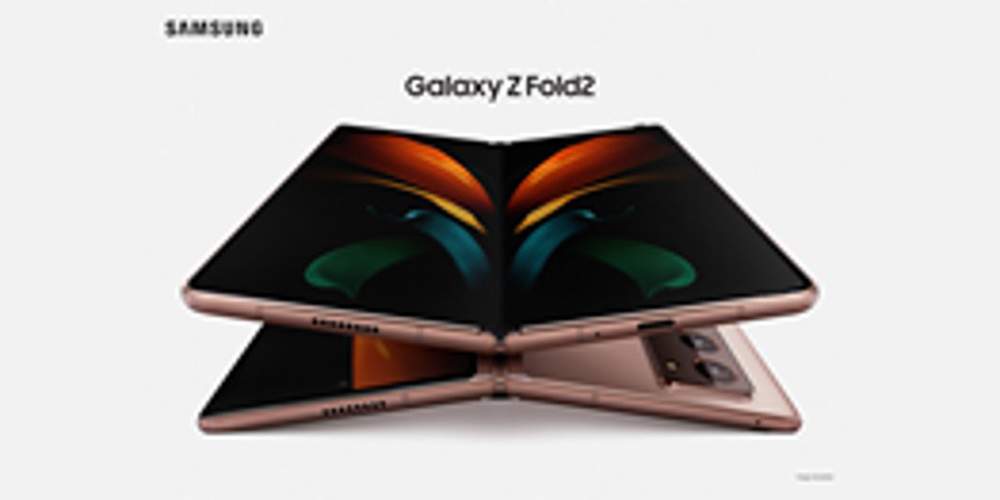 We were initially led to believe that the launch of the Galaxy Z Fold 2 would launch separately from the Galaxy Note 20 series but it may come earlier than expected. This render essentially confirms the rumors that the naming convention would be shifted to match the early 2020 Galaxy Z Flip — therefore, being the second in the Galaxy Z lineage.

The leaked render of the Galaxy Z Fold 2 was shared without source by renowned Samsung leaker @IceUniverse over on his Twitter account but appears to have come from a post over on Chinese networking site Weibo. He first teased an image pixelated beyond recognition, before sharing a slightly less pixelated version that gives us a surprisingly good look at the upcoming foldable.

It was showcased in renders alongside the same “Mystic Bronze” color as the Galaxy Note 20, Galaxy Watch 3, and Galaxy Buds. As we saw last year with the original Galaxy Fold and the Galaxy S10 series, it’s highly likely that Samsung will announce the second-generation foldable with availability confirmed during the keynote.

While it isn’t the most high-resolution image of an upcoming device we’ve seen, we still get a glimpse of a larger internal display sans camera cutout. On the outside, the outer display looks to have increased quite substantially. Instead of the poorly implemented 4-inch display on the original Galaxy Fold, the Galaxy Z Fold 2 render shows what looks like a full-size workable screen.

A larger outer display instantly makes the Galaxy Z Fold 2 look more like a usable device — especially when closed. While at the rear the camera module looks as though it mimics the design seen on previous Galaxy Note 20 series renders. However, we can only actually see two lenses and LED flash from the solo Galaxy Z Fold 2 render shared. Either way, we’ve got until August 5 to wait to see the Galaxy Z Fold 2 in the flesh.

It’s not the most comprehensive leak at this stage, but it still gives us a hint of what to expect from the follow-up foldable. With that said, what you do you think of the pixelated Galaxy Z Fold 2 render? Let us know down in the comments section below.