LG Velvet Review: The company’s best phone in years — take that as you will 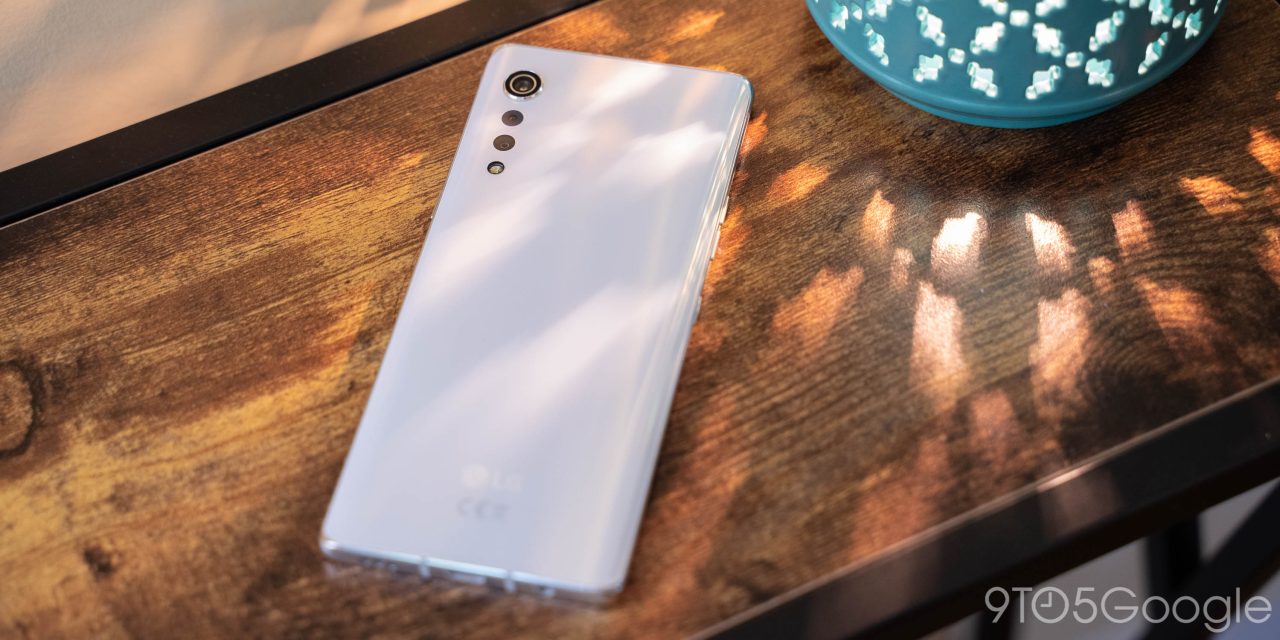 Looking at the smartphone market, there aren’t many stories as unfortunate as LG’s. Well, aside from HTC. Anyway, LG once pushed the Android market forward in more ways than one, but just a few years later it felt like the company just couldn’t keep up or come up with anything on its own. The LG Velvet is a soft reset of the company’s mainstream smartphone, and it gets a lot right.

Not exactly groundbreaking, but unique

The biggest-selling point LG has made so far with its latest device is design. The Velvet doesn’t look like the rest of LG’s smartphones. That is, it doesn’t look like everyone else’s phone. LG Velvet uses the little things to set itself apart, despite still being just a metal and glass slab.

Starting with the front, LG Velvet has a curved display — much like Samsung in recent years — that has a “3D Arc” design that wraps around to the back of the phone. It feels really nice in the hand as a result, though it also resulted in me pulling the phone out of my pocket backward countless times. That shouldn’t matter, though, since most people will be using a case anyway.

The display’s bezels aren’t anything especially impressive, either. They’re thin, but thicker than a Galaxy S20 or OnePlus device. Personally, I couldn’t care less about that, though. The display still looks great as a result.

What really stands out on the Velvet is the design on the back, especially depending on the color you pick up. LG sent me the white version of Velvet, but there are several other colors that all share the same reflective design. I think “Aurora Sunset” is the best color, but in the US, the “Aurora Red” is the best one. Still, this white shows the almost 3D-looking depth to the glass that looks really nice. I also love the “raindrop” design for the rear cameras and flash — it’s far more attractive than the big rectangles we see on most modern flagships.

The build quality on LG Velvet is also really solid overall. The metal chassis isn’t overly slippery and the mostly blank glass is attractive as well. I also like how the chassis flattens out on the top and bottom of the device. The buttons don’t travel very much, but they do feel pretty tactile.

Good enough, and there are two!

LG Velvet brings a 6.8-inch AMOLED display to the table, and well, it’s good! I’m not exactly blown away by this AMOLED panel, but it’s sharp despite being FHD and has good viewing angles. The quality degrades a bit in very dark settings, but for the most part I’ve been satisfied.

One area I do wish LG had given a bit more attention is the refresh rate. Velvet still has a 60Hz panel. That’s fine, but it feels outdated compared to other devices, especially when ones as cheap as OnePlus Nord still manage to pack 90Hz in an even lower price point.

What’s unique for LG is the optional DualScreen accessory.

For its latest version, the display remains identical right down to the fake notch. The case itself has been updated, though. It’s slimmer, but still cumbersome when flipped all the way around. LG’s software add-ons for the DualScreen are also solid. Is the accessory worth buying? If you can find the utility, absolutely! Personally, though, I barely touched it during my review period.

The biggest stumbling block for LG smartphones for… well years now has been the software. Out of the box, LG Velvet runs on top of Android 10 with an updated skin called “Velvet UI.” For the most part, this is the same software LG has been shipping for the past few years, complete with all of the same head-scratching decisions. It still warns you not to take out the battery even though it’s already sealed it. It still has a ridiculous app drawer that apparently hates alphabetical sorting. The screenshot UI still makes cropping unnecessarily difficult. It still makes some bizarre design choices. It still copies the competition.

I wish LG would take a long, hard look at their software and make some actual decisions. Right now, if feels like they hired a software designer, let him work for a couple of months, and then fired him. Then, they hired someone else and told them to finish that job. Then, they did the entire cycle again. All the while, executives are just demanding that features from other phones be available on their devices. It’s a mess, and not one I think LG can fully salvage.

Velvet feels a bit cleaner than other LG phones I’ve used in the past couple of years. It does feel like someone actually listened to reviews and user complaints and tried to fix some qualms — like adding a swipe gesture for accessing notifications! Still, the company just needs to spend some time over the next year rewriting the book.

The Snapdragon 765 is capable, but LG’s software isn’t

Another reason LG really needs to take a hard look at its software is performance, because this phone is not doing its processor any favors. The LG Velvet is essentially the first real showcase we’ve had of the Snapdragon 765G chipset in the United States and, well, it’s not a very great one.

Performance on the LG Velvet is simply not very good, just not in the way you’d think. Normally when performance is bad, it’s bad everywhere, but that’s not true on Velvet. Rather, it’s only at certain times.

If I’m scrolling through Twitter or even playing a game, performance is generally solid. With 6GB of RAM alongside that processor, it should be. Where I find the device really struggles is certain system animations, like accessing the multitasking view. Often, the device essentially locks up when I make that move. It happens way too often and is a really frustrating aspect of an otherwise excellent smartphone.

Part of the reason I can chalk this up to LG and not the Snapdragon 765G is the LG V60. Many of these same issues were present on that device, though they do seem a bit more exaggerated on this device. With that in mind, I don’t expect the same issues on the Pixel 5 or other devices that will be using the same chipset.

Could be much better

Another area LG has struggled over the years has been the camera department. Sad to say, things aren’t any better on Velvet. The 48MP primary camera on this phone is unimpressive, and its secondary sensors are even worse. Even in bright lighting outdoors, I’m often let down by this shooter. It’s slow to focus and really struggles with proper HDR. Sometimes it takes a good shot, but it’s not reliable enough to call it a “good” camera, in my opinion.

The ultra-wide camera that goes along with that primary is an 8MP sensor, and it’s just not very good. Details are quickly lost, especially if light starts to fade.

This all comes as a shame, especially considering the LG V60 was so much better! That 64MP camera had better detail and was much more reliable. I wish LG had just used the same sensor and software here, but alas.

With a less intensive processor should also come better battery life, and that rule is definitely true on Velvet. The 4,300 mAh battery in this phone powers the package without any issues whatsoever.

I could consistently get through a day with 30-50% of my battery remaining. That’s especially impressive considering I’ve been using a European model on US networks (Google Fi). On average, my screen time during that usage was a mix of mobile network and Wi-Fi.

Also, there’s a fast charger in the box, which is always nice to see, but I gravitated to Qi wireless charging personally.

Audio is perhaps LG’s greatest strength, and the speakers on this phone prove it. They’re loud, crisp, have a shocking amount of depth, and just sound really good overall. Even though it’s not a front-facing speaker, I think LG has one of the best speakers on a current smartphone here, at the very least keeping up with all of the competition.

Yep, it’s got one! There’s no special DAC, though.

Along the side of the Velvet, there’s a dedicated button for Google Assistant access. A quick press brings up Assistant, a long-press puts it into walkie-talkie mode, and a double-press launches Lens. It’s super convenient, and really, I sort of wish every phone had a button like this. It would be nice if I could remap some of the presses, though.

One of the biggest issues I’ve had with the LG Velvet is an issue I also had with LG V60 ThinQ — this thing won’t stay connected to Wi-Fi. Velvet is the only phone in my arsenal that can’t stay connected to my Wi-Fi network, and diving into settings for a reconnect often isn’t enough. While using this phone, I’ve had days where I’ve had to reboot the phone 3 times or more!

Luckily, LG tells me that a fix is coming for this issue.

The LG Velvet is quite possibly the best phone LG has put out in years. That’s not just because it has a nice design. That’s not because it does any one thing particularly well. It’s because for once, LG nailed the pricing. Velvet costs just $599.

In a world where any other modern flagship is going to cost around $1,000, this is a really nice compromise. You’re giving up a bit of performance, a bit of screen quality, a bit of camera quality, and… well that’s really it to save hundreds of dollars. Meanwhile, you still get a lot of the “premium” features you’d want from a flagship — wireless charging, water resistance, a good-looking design, and more. It even has 5G!

Personally, I want to wait and see what the Pixel 5 brings to the table later this year, because with this same chipset, I know it’ll deliver better performance and camera quality, just because Google is much better at software. However, if you need a phone right here, right now, I think Velvet is a pretty solid choice, and at $599, it’s a good value.

In the US, Velvet is currently only available at AT&T, but it will be sold at Verizon and T-Mobile later this year. It won’t be sold unlocked, but at least carriers are already giving big discounts on the phone.