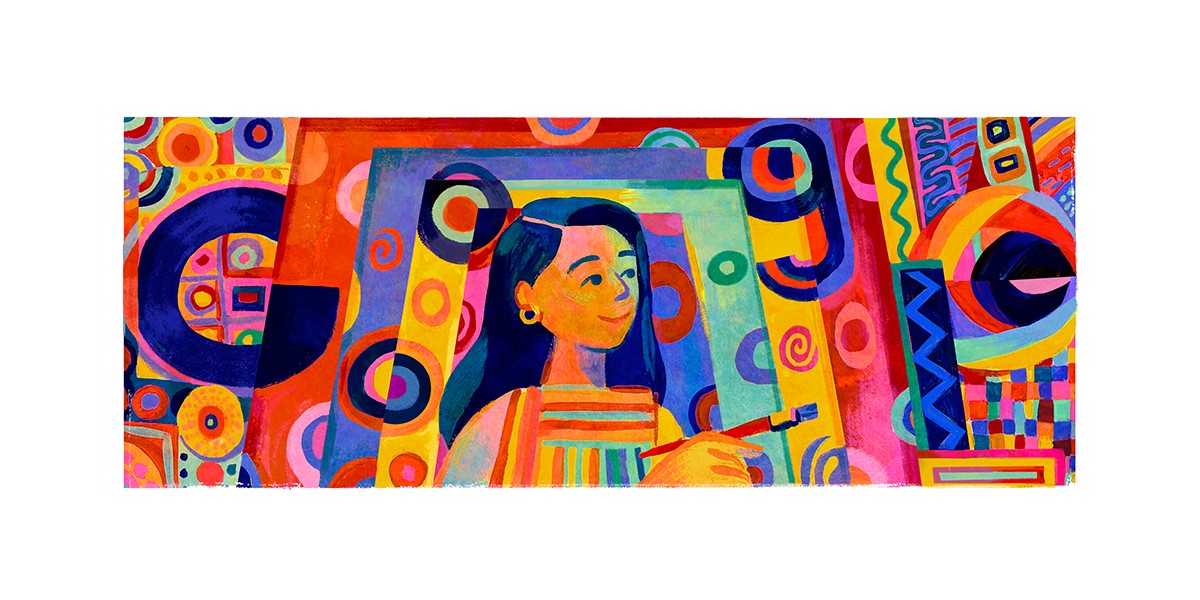 Google has swapped out its homepage logo with an incredibly colorful Doodle honoring Pacita Abad, an artist, activist, and feminist from the Philippines.

On this day in 1984, Pacita Abad broke gender barriers in the Philippines by being the first woman to be given the country’s Ten Outstanding Young Men (TOYM) award. Abad earned this honor through her incredible body of artwork that uses contrast — between her wildly colorful style and the societal issues being depicted like poverty — to move the viewer.

Pacita Abad proudly accepted the TOYM award, in spite of the local uproar the announcement caused. Ahead of her acceptance, Abad boldly said that “it’s time a woman was among the Ten Outstanding Young Men.”

Later in life, Abad’s style shifted, creating a new style of painting known as trapunto, which involves stuffing a canvas to add a third dimension to the artwork. This new style helped Pacita Abad create bold pieces such as 1991’s “Caught at the border.”

While Pacita Abad sadly died to cancer in 2004, the artist’s works still live on. You can view much of her art online, including the powerful and moving “Portraits of Cambodia” series from 1979, which showcases her global perspective by sharing insights into daily life for some in the Asian country.

In honor of Pacita Abad, Google has commissioned a homepage Doodle inspired by her distinctly colorful style. Over on the official Doodle blog, Google also shared a few alternative drafts of their artwork, including one meant to showcase the trapunto style.