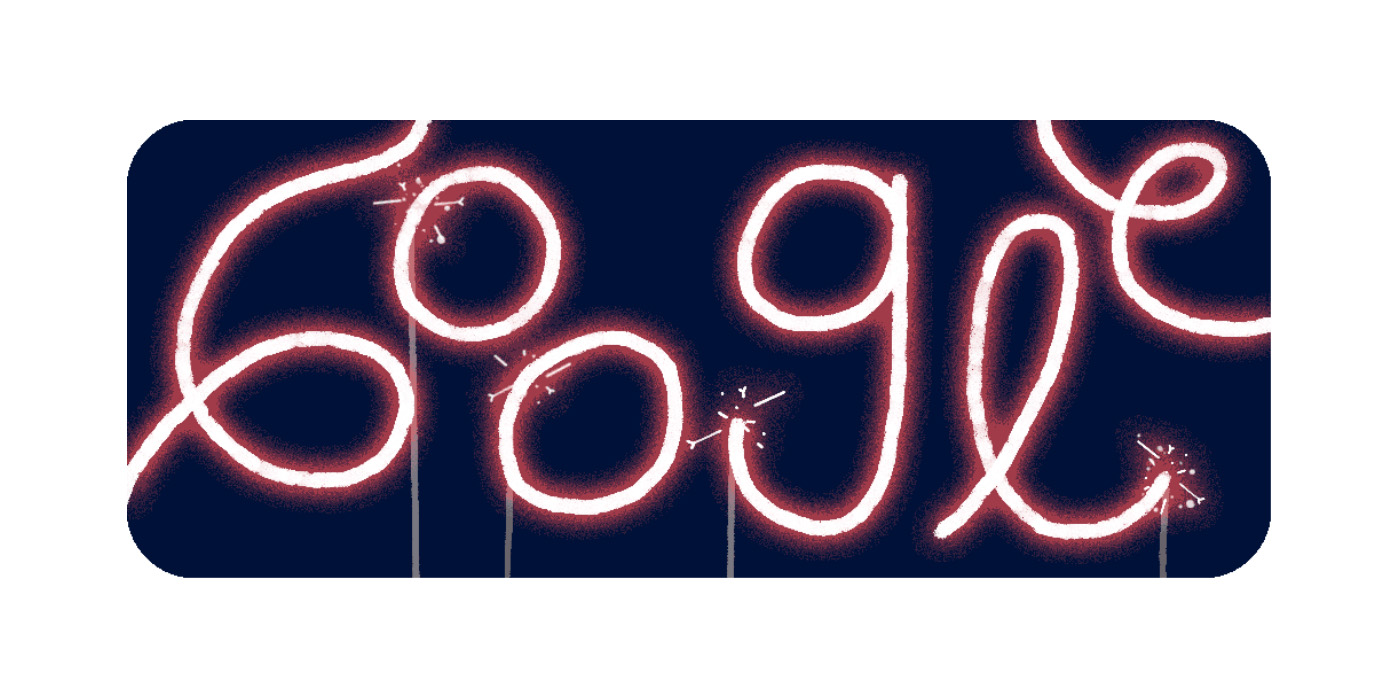 The fourth of July marks Independence Day in the United States and, to celebrate, Google’s latest homepage Doodle is bringing the fireworks.

Appearing only in the United States, Google’s Fourth of July Doodle shows an animation of several sparklers spelling out the word “Google.” The animation is shown automatically on Google’s homepage as well as on the Google widget on Android smartphones, although in the latter case there’s an abbreviated of the animation.

Let the sparks fly today, as the US celebrates the Fourth of July. Happy birthday, USA!

Along with the Doodle, Google also resurfaces a classic Easter Egg. When you click the Doodle, you’ll be directed to a search for “Fourth of July” and the results will launch animated fireworks on screen over the search results as seen below, although they’ll only show for a few seconds. This Easter Egg has been in place for several years, but this Doodle brings it back to the forefront.

Last year’s Google Doodle on July 4th was a BBQ-themed interactive baseball game with vintage-looking baseball cards as awards. Before that, a Doodle posted in 2017 and commemorated the National Parks, “America’s Best Idea.” It was inspired by Stephen Mather, the first director of the National Park Service who was also born on July 4th.