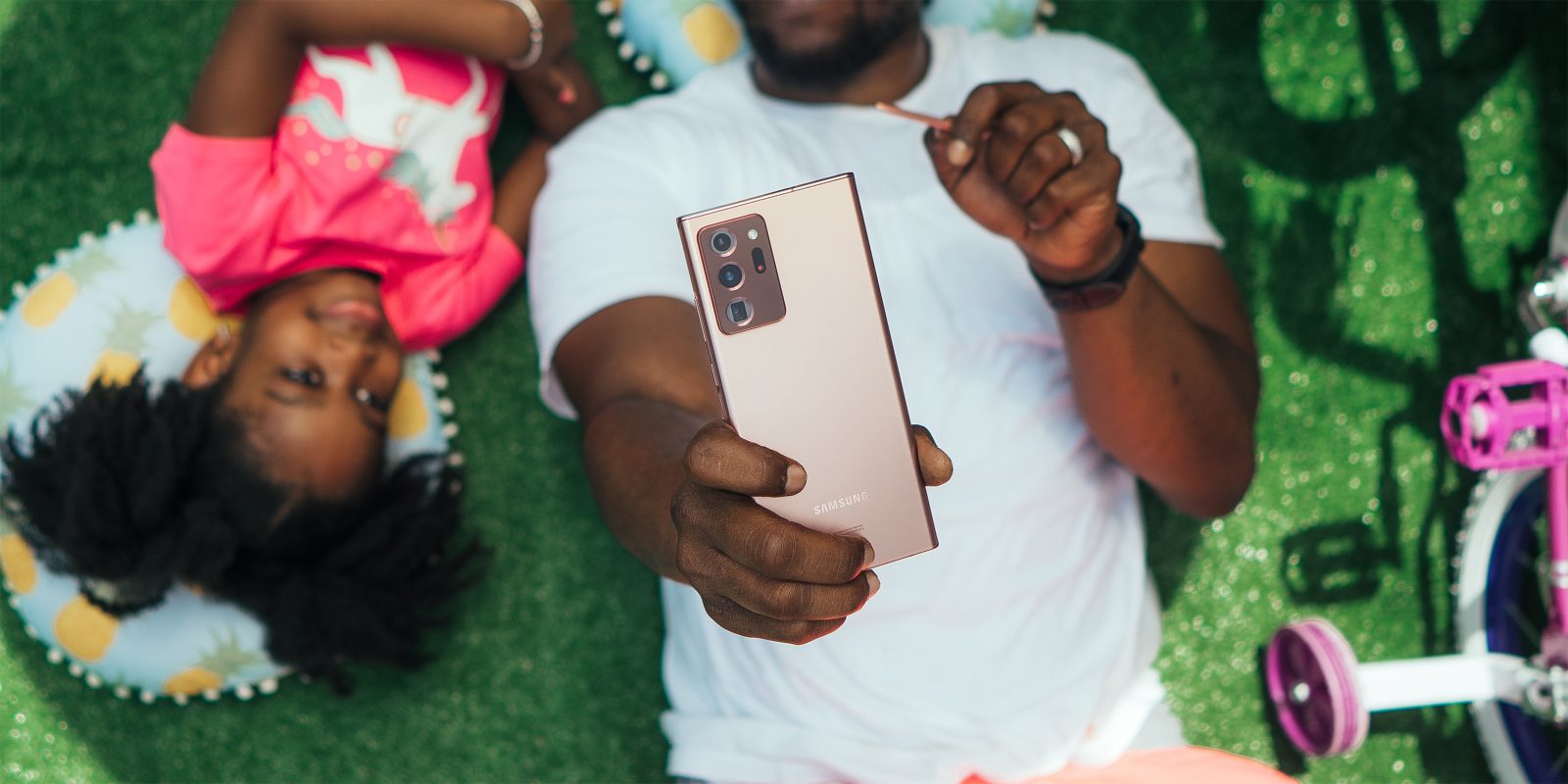 The Galaxy Note 20 series starts with the flagship — the Galaxy Note 20 Ultra. On paper, it’s pretty similar to the Galaxy S20 Ultra. It has the same 108MP camera sensor, a similar 6.9-inch QHD+ SuperAMOLED display, and shares a lot more in common on the spec sheet as well, as seen below.

The display also gets a big upgrade to catch up to the Galaxy S line, a 120Hz refresh rate. The 3088×1440 panel also achieves a pixel density of 496ppi as well as offering HDR10+ support. The centered hole-punch houses a 10MP selfie camera, too.

Of course, though, the Galaxy Note 20 Ultra stands out because of its built-in S Pen. With the Note 20 Ultra — not the smaller, cheaper Note 20 — Samsung has managed to reduce the input latency to a mere 9ms for more “lifelike precision.” Further, the S Pen also gets some new gestures for scrolling, opening apps, and system navigation.

The Galaxy Note 20 Ultra packs a similar camera system compared to the Galaxy S20 of the same name. That’s headlined by a 108MP primary rear camera and backed up by two 12MP sensors — one telephoto and one ultrawide. This system delivers up to 50x hybrid zoom. To fix the autofocus issues that plagued the Galaxy S20 Ultra, Samsung has implemented a Laser AF system on Note 20 Ultra.

By comparison to the Ultra, the standard Galaxy Note 20 steps down on several specs. Both devices share the same Snapdragon 865+ processor, but the regular Note 20 drops to a 6.7-inch 1080p display at 60Hz, a 12MP primary camera, 8GB of RAM, no microSD card slot.

Samsung is also including some new features on its Galaxy Note 20 series, starting with Samsung Notes. The built-in, S Pen-optimized note-taking app is getting enhanced sync across your phone, Samsung tablet, and Windows PC. The app is also adding auto-save and improved folder management. On top of that, Note owners can now annotate and highlight PDFs while recording audio feedback which syncs with what’s being drawn with the S Pen. DeX also gets a major upgrade with the Galaxy Note 20/Ultra with a wireless connection to any Miracast-enabled TV.

In the camera department, Samsung has added support for 8K recording at 24fps and at the “cinematic” 21:9 aspect ratio too. There’s also a “Pro Video” mode with focus, audio, exposure, zoom speed, and other controls. Samsung is adding a clever new feature that allows the phone to capture audio from a connected pair of Bluetooth earbuds.

Samsung has also included a UWB radio in the Note 20 Ultra that can communicate with nearby devices using that same radio. Technically, this could be used for smart home devices or other tech in the future, but for now, it’s limited to Google’s Nearby Share feature which, using UWB, can sort the list of sharing targets based on who you’re facing.

Samsung Galaxy Note 20 costs $999 while the Note 20 Ultra starts at $1,299. Both devices will be available from Samsung.com as well as retail and carrier partners. From Samsung directly, trade-ins will be available with up to $650 in value, and Samsung Money users will get an additional 7.5% off.