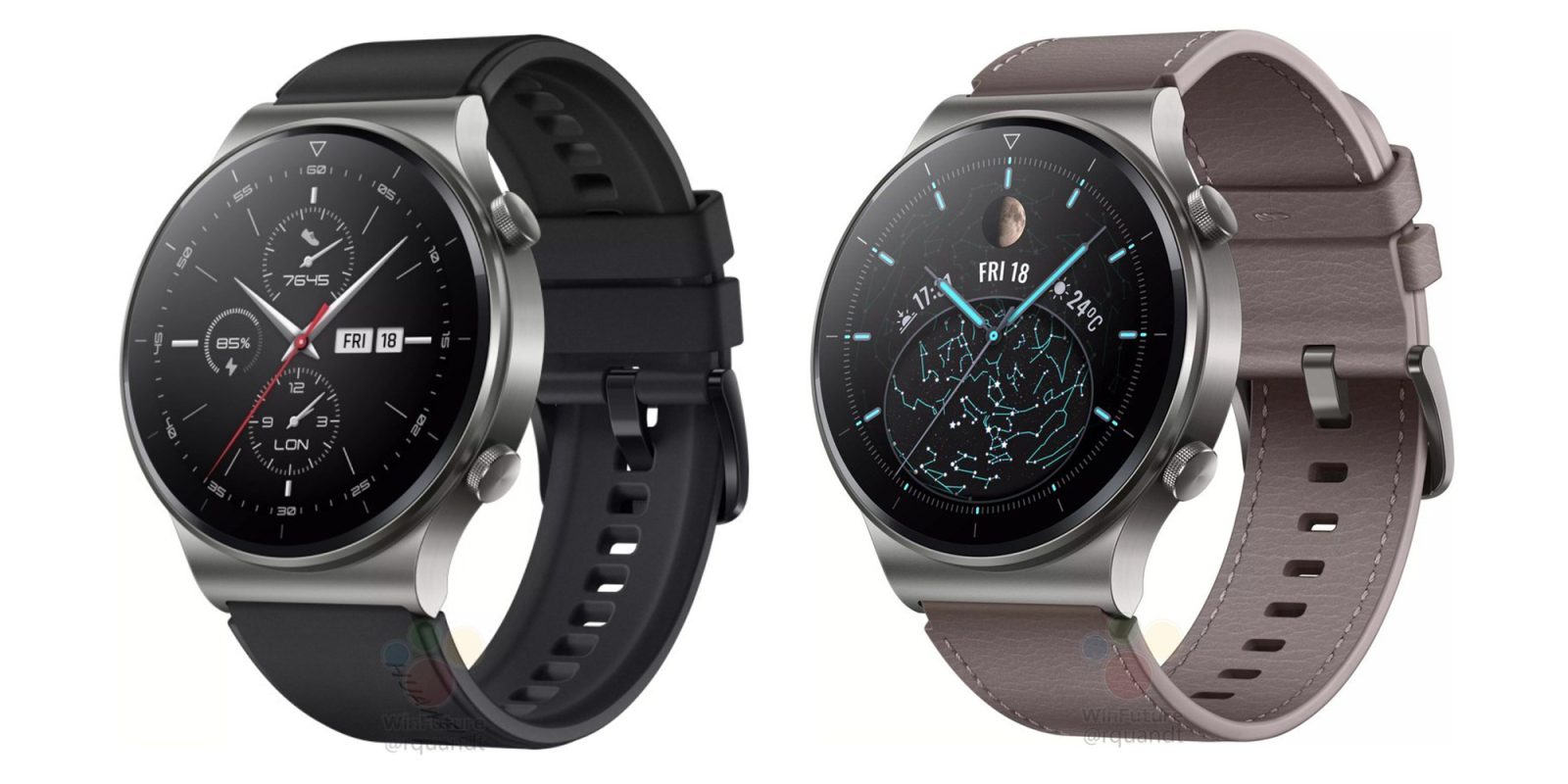 Leaked renders of the upcoming Huawei Watch GT 2 Pro have now leaked, giving us a glimpse at the upcoming smartwatch that refines an already successful formula.

WinFuture‘s Roland Quandt shared some high-resolution images of the likely LiteOS-powered follow-up to last year’s Watch GT 2 and early 2020’s Watch GT 2e. It looks as though the design follows a very similar footprint to the previous generation, too.

According to Quandt, the Huawei Watch GT 2 Pro is set to come with some notable improvements, including that of Qi wireless charging. This would be a brand-new addition to the Watch GT line, which has previously used a magnetic charging dock to top up the long-lasting battery.

This leak also suggests that the Huawei Watch GT 2 Pro will come with the same 1.39-inch OLED display in a 454 x 454 resolution, as found on the GT 2. It is also set to come with 4GB of internal storage, a 455mAh battery, and dual crown buttons. So far, so similar to that of the previous generation.

You can see some very minor external hardware adjustments, but software details were shared. We would expect the device to come with a version of LiteOS, which is the super-lightweight software designed for Huawei wearables. None of the renders give us an indication whether LiteOS has been upgraded on the Watch GT 2 Pro, or if any new features might be added.

While Huawei has suffered in recent months as the US trade bans have started to really bite, the Chinese firms wearable division has provided a ray of light during troubling times. They will be hoping that the Huawei Watch GT 2 Pro can sustain the impressive growth in the wearables space, even with so many sanctions in place.

The leaked pricing suggests that the Huawei Watch GT 2 Pro will start at €280 ($330) and these renders show a silver or titanium finish with leather strap and silicone strap. Global pricing and availability is not yet known.