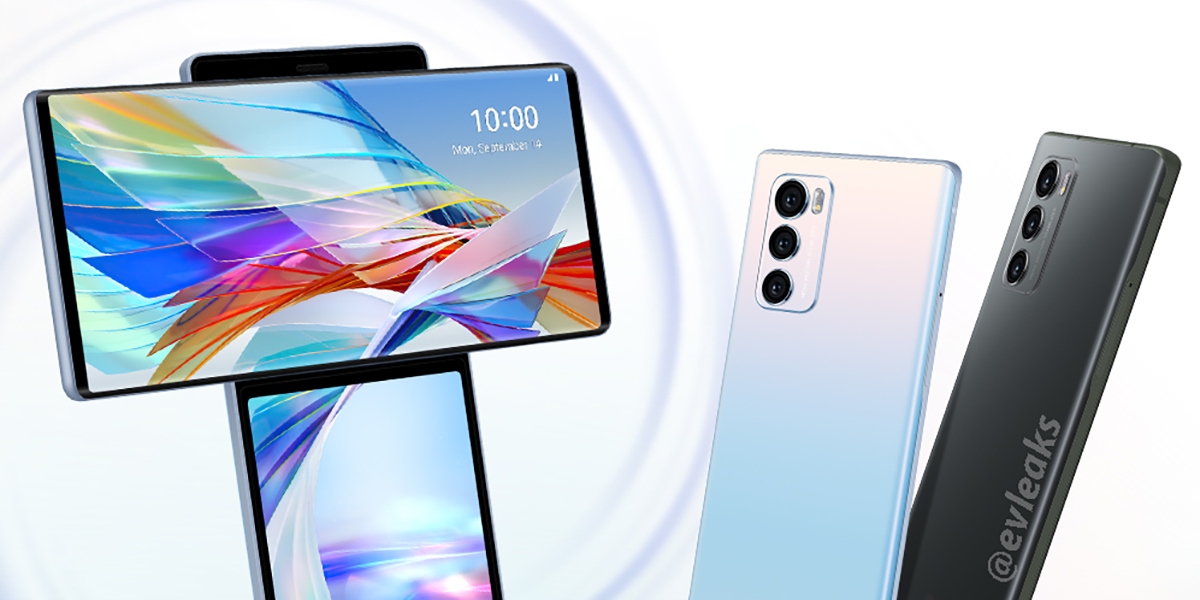 We’re set to get official details on LG’s wacky new smartphone next week, but today, a fresh render of the LG Wing has leaked leaving little to the imagination.

Posted by Evan Blass, renders of the “LG Wing 5G” show the design in detail with looks at both the front and the back of the phone. From the front, we can see both displays in full with the larger panel sitting horizontally and the smaller 4-inch panel waiting underneath.

Nothing here comes as a surprise given leaks yesterday. However, today’s image gives us our best look to date at this upcoming new form factor. Notably, too, we can clearly see the bezels on the Wing’s smaller display in this image with equally sized bezels above and below the secondary panel.

On the other hand, we can see another look at the Wing in two colors. One, a white with some gradient color showing and the other, a pretty plain black. The device doesn’t look particularly thick from this angle. However, we can see from the back that the camera design isn’t following the same idea as the LG Velvet. Rather, it looks like a cheap copy of the Note 20 Ultra’s array.

We’ll see LG Wing in full detail on September 14. The device is rumored to debut this fall for around $1,000.