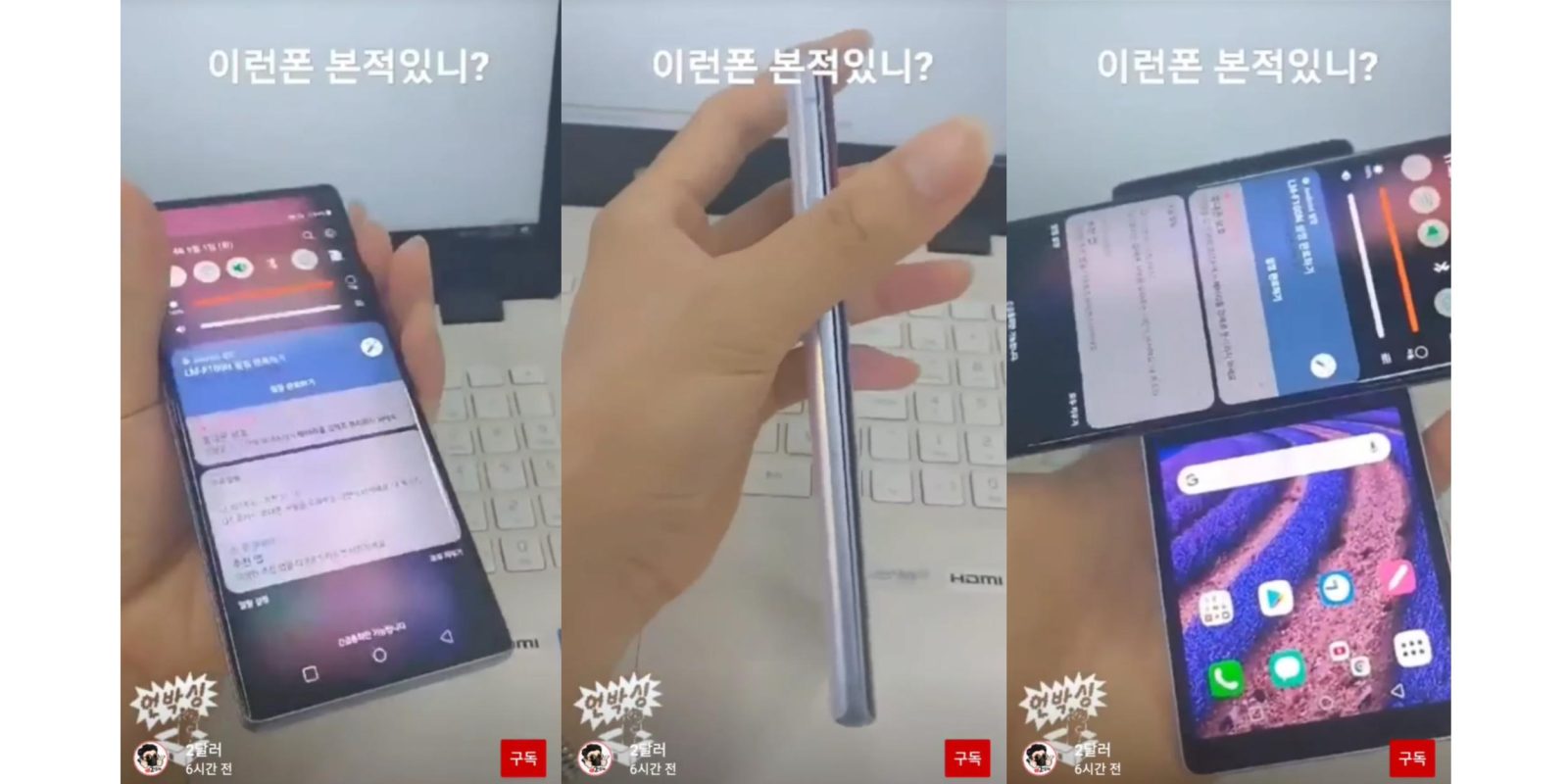 Ahead of the September 14 announcement, the “LG Wing” moniker was officially confirmed by the company. An 8-second video leak has now emerged showing the Wing swiveling and LG’s software customizations.

The short YouTube Story starts at the phone already in its T-shaped configuration where the top screen is horizontal. Meanwhile, we see the bottom layer and its rather sizable side bezels, while the bottom edge is even larger.

What’s particularly interesting about this leak is how we see Android taking advantage of the unique LG Wing form factor. The person in the video has some trouble closing the top screen with just one hand, so we briefly see a UI orientation mismatch. Once locked, there is a slick animation where quick settings and the notification shade goes from portrait to landscape. The transition is quite slick, while there’s the odd presence of three-button navigation on both the top and bottom.

Towards the end of this leaked clip, we see just how thick the LG Wing is. It definitely harkens to a previous smartphone generation. That said, the thickness is mostly confined to the bottom layer, rather than the thin top half.

That does raise some questions about an earlier leak where the LG Wing was used for gaming in an upside-down T configuration: How comfortable is it to hold this device by just the first layer?

LG is hosting an event next Wednesday to discuss the Wing as part of its Explorer Project. We’ll hopefully get the full case for why this device exists.