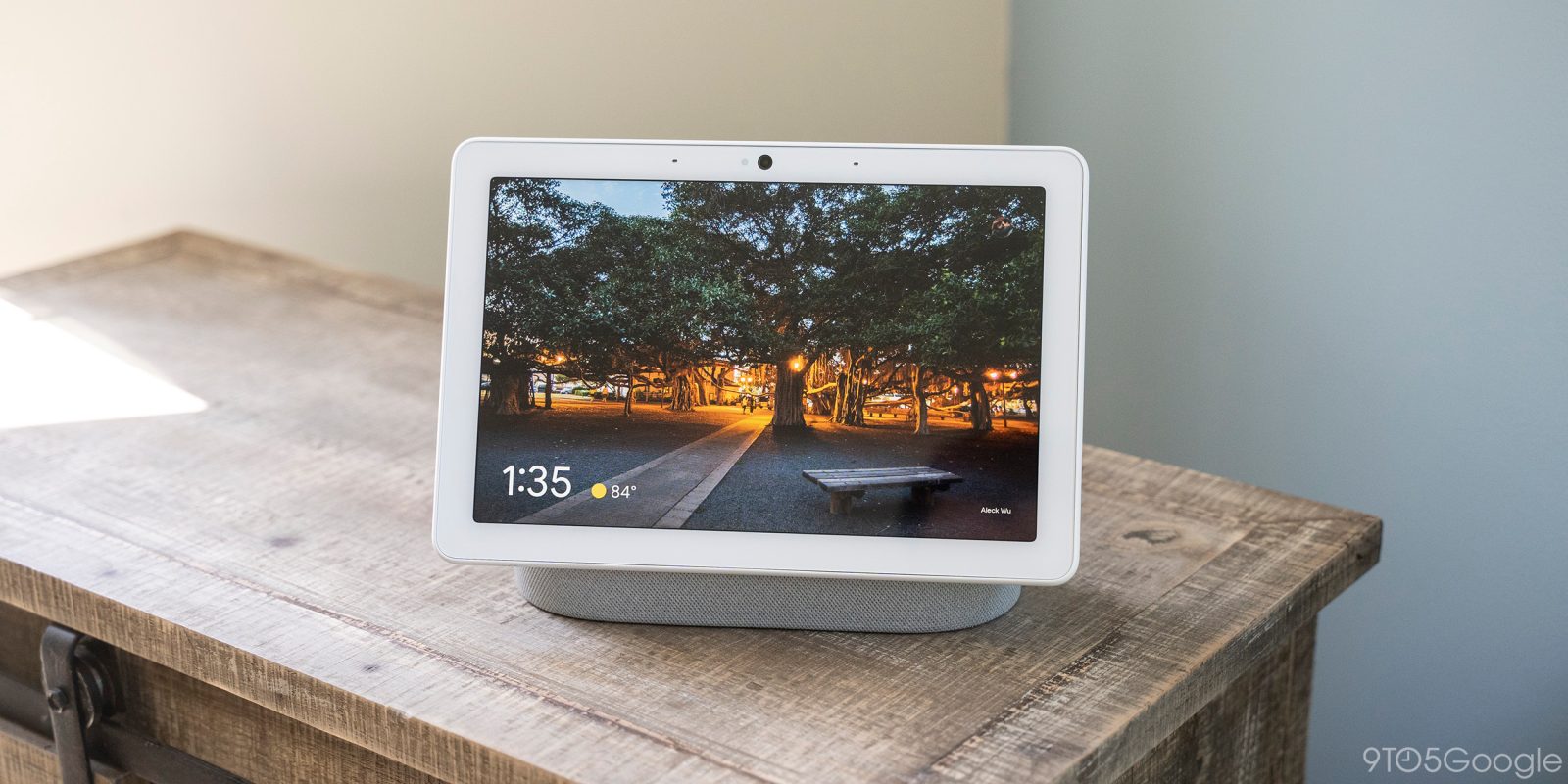 Last month a video of unreleased software for Google’s Nest Hub Max hit the web to show off a completely revamped interface. Now, more videos give us a better look at the new Nest Hub Max UI with its included dark theme and sticky notes.

Shared by the same user, Jan Boromeusz, a longer YouTube video gives us an in-depth look at the new Nest Hub Max UI. There’s not much we didn’t at least get a glimpse of in the previous video, but this time around it comes with Google explaining the UI with on-screen prompts and verbal responses.

Notable things we see in this video that we didn’t see before include long-press options for the various tiles and, more importantly, dark mode. A tile links to a settings page which offers the ability to switch between light, dark, and automatic themes. That automatic theme works as you’d expect, switching to dark when the time of day or the ambient light demands it. This should be useful on Nest Hubs, but the dark theme will likely come in handy on other smart displays even more so since they lack Ambient EQ.

Beyond a dark theme, this new interface appears to bring another long-awaited feature with it. In another video, Jay shows off sticky notes working on his Nest Hub Max.

As a reminder, we previously asked Google if this update was rolling out in any capacity and the company had no comment. From what we can tell, it’s not rolling out via the Preview Program, and this user has no insight on how he got the update.