Pixel 5 pre-orders ‘out of stock’ on Google Store in UK, Ireland, France and Germany 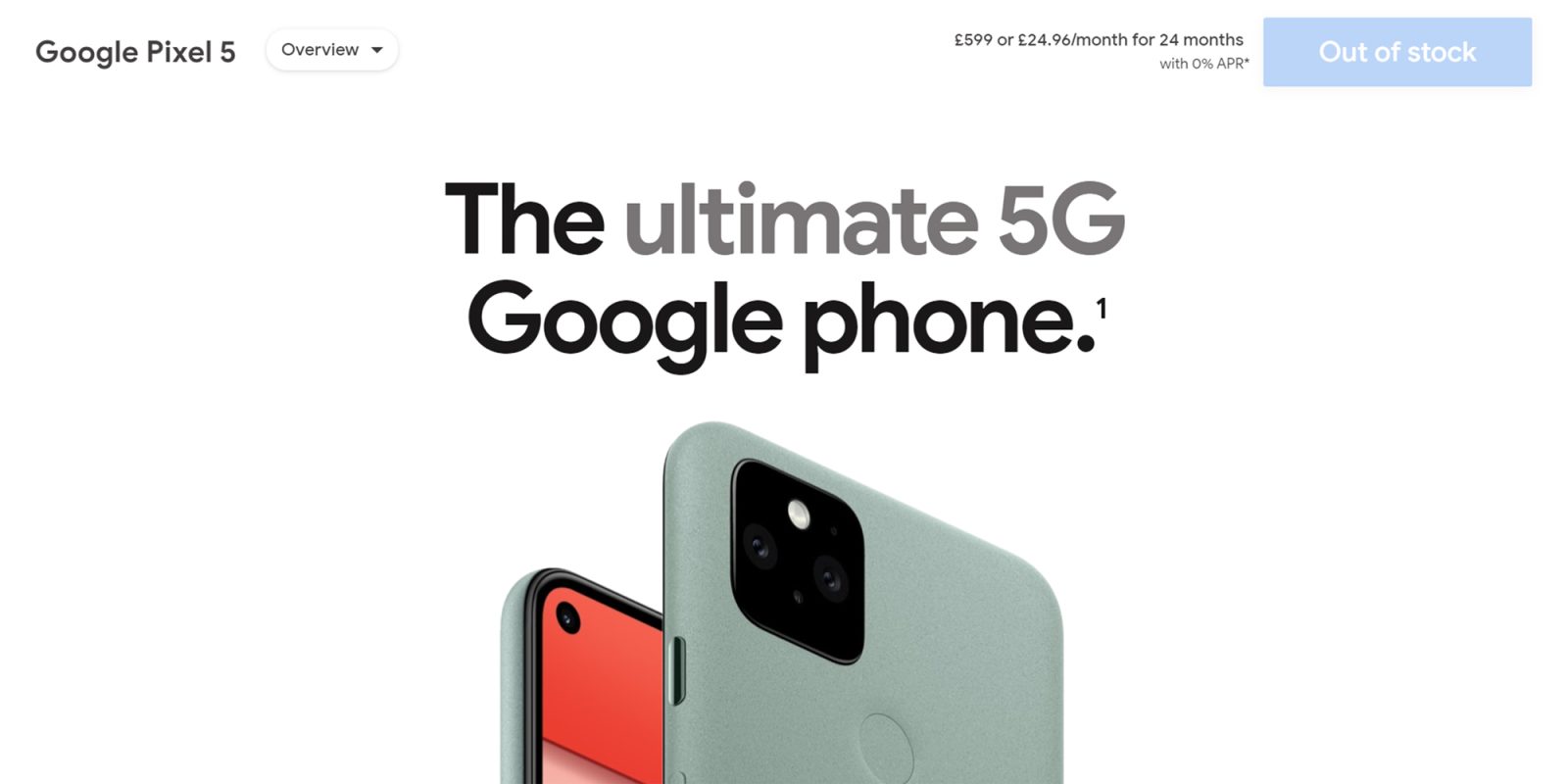 Even with modest internals and one configuration available, the Pixel 5 pre-orders are now completely “out of stock” on the Google Store in the UK, Ireland, and Germany ahead of an October 15 launch.

It’s important to note that while the Pixel 5 is set to ship from next week in Europe — and some other regions — the US will have to wait a couple extra weeks before those who pre-ordered will be blessed with their purchases. Conversely, the US is set to get access to the Pixel 4a 5G ahead of vast portions of the rest of the world, with waitlists still being open.

[Update]: Article updated to reflect Google Store in France also showing the Pixel 5 as “out of stock”.

Shortly after launch, pre-orders in Germany and Ireland were already starting to dwindle in the “Sorta Sage” variant. But since then pre-orders have been lapped up, and if you were hoping to get one directly from the Google Store, then you’re out of luck. In France, disappointingly there is only the solo Just Black option — it too is showing as “out of stock”.

Maybe the positive exchange rate for the Pixel 5 has prompted a wave of pre-orders — and therefore causing it to go out of stock in superquick fashion. Maybe early adopters are eager to get a flagship Google device at an enticing price point for a change? Although here in the UK, priced at £599 and with free Bose QC 35 II headphones, it’s arguably one of the best deals on an Android smartphone period.

There is no word on when stock will be replenished, but other retailers in all three regions are still listing the devices in both colors — Sorta Sage and Just Black. In the US, you can still pre-order the Pixel 5 for the expected October 30 release. The Pixel 5 also showing as “out of stock” if you wish to pick up with a Google Fi SIM though.

Google revealed modest expectations for the Pixel 5 and 4a 5G this year, so for the Pixel 5 to go out of stock ahead of launch in four core European markets is a pretty healthy sign early on. However, while this seems like good news on the surface, it’s not clear just how many units are available or were made available by official avenues ahead of launch within these regions.

If you were hoping to grab a Pixel 5 in the UK, Ireland, France or Germany, you’ll have to check out carriers and retail stores if you’re desperate for a launch day deal. We could even see Google increase stock allocation right after launch next week.