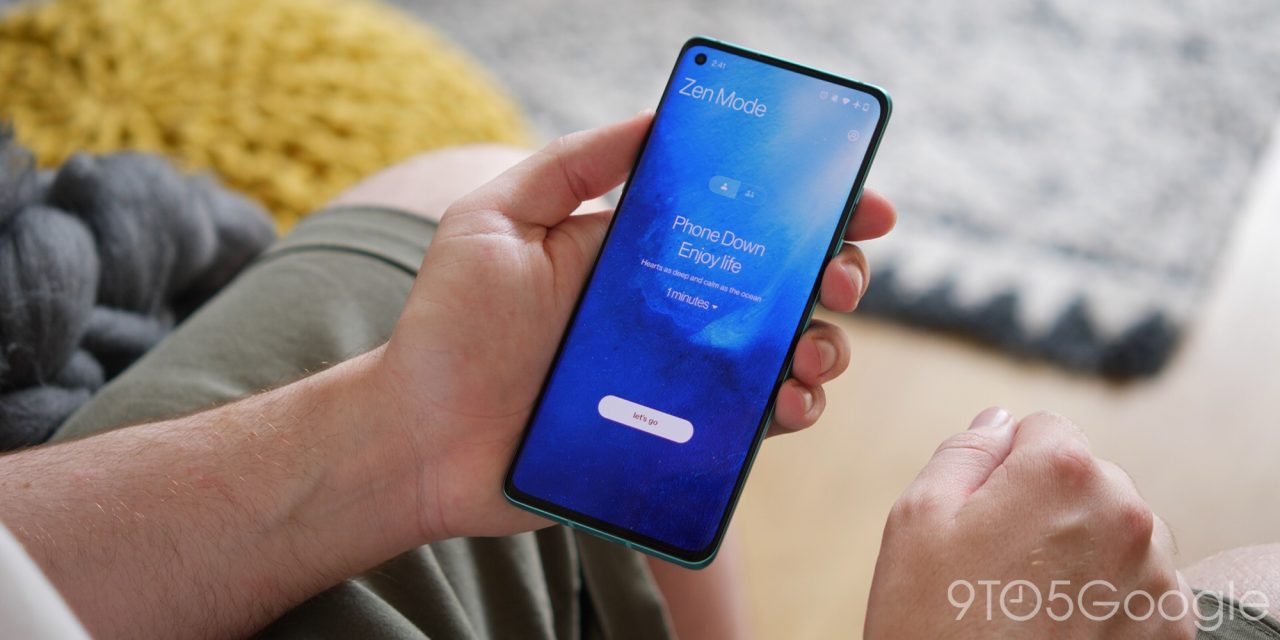 Late last year, OnePlus made their intriguing mindfulness-focused Zen Mode app a standalone option for those with compatible hardware. With OxygenOS 11, the Zen Mode 2.0 app was overhauled with the rest of the system UI but it was incompatible with older OnePlus hardware running Android 10 or below.

Now an update is letting older OnePlus devices running OxygenOS 10 (based upon Android 10) download and install Zen Mode 2.0 and gain the pretty substantial UI overhaul over the original builds (via XDA). It’s not just a visual overhaul, as the OxygenOS 11 Zen Mode build also brings several new features including a multi-person function that lets you pair with friends to steer clear of phone usage.

[Update 10/10]: After hitting the Play Store in a somewhat limited capacity, Zen Mode 2.0 is set to be available more widely over the coming days with OnePlus confirming over on the Forums a ton of new additions that will be available for OnePlus 7, 7T, and 8 series device owners and those with the OnePlus Nord.

With this feature you don’t have to go around collecting phones in person, but simply create a room in Zen Mode and send a code to invite anyone to join. By anyone, we literally mean anyone owning any brand of phones – not OnePlus exclusive

Zen Mode 2.0 is now “fully” released on the Play Store according to OnePlus, which means the version available there might not be compatible to all of the aforementioned OnePlus devices. Luckily, you can sign up to apply for the testing program and get a preview build for as-yet unsupported hardware.

Think of Zen Mode 2.0 as a way to detox properly from your phone as rather than giving you app limits, it actually forces you to actively avoid using your OnePlus phone for a preset period.

The only downside is that if you have been unable to get Android 10 on your OnePlus device, you won’t be able to download and install Zen Mode 2.0 on your device. Either way, here’s the update changelog for the latest 2.0 build as per the Play Store:

1. Adding a variety of themes to bring you a more immersive meditation experience
2. You can create a room and invite your friends to join you to start a focus challenge together
3. Record daily Zen moments and review the journey of concentration

In some ways, I’m of the opinion that Zen Mode and Zen Mode 2.0 might actually be better than Google’s own Digital Wellbeing. I say that as it actually actively blocks you from using your device — save phone calls and camera features. It’s this that I think helps teach you that you don’t necessarily need to be attached to your phone 24/7.

If you do have a compatible OnePlus smartphone running Android 10, then you should be able to grab the Zen Mode 2.0 update via the Google Play Store now.