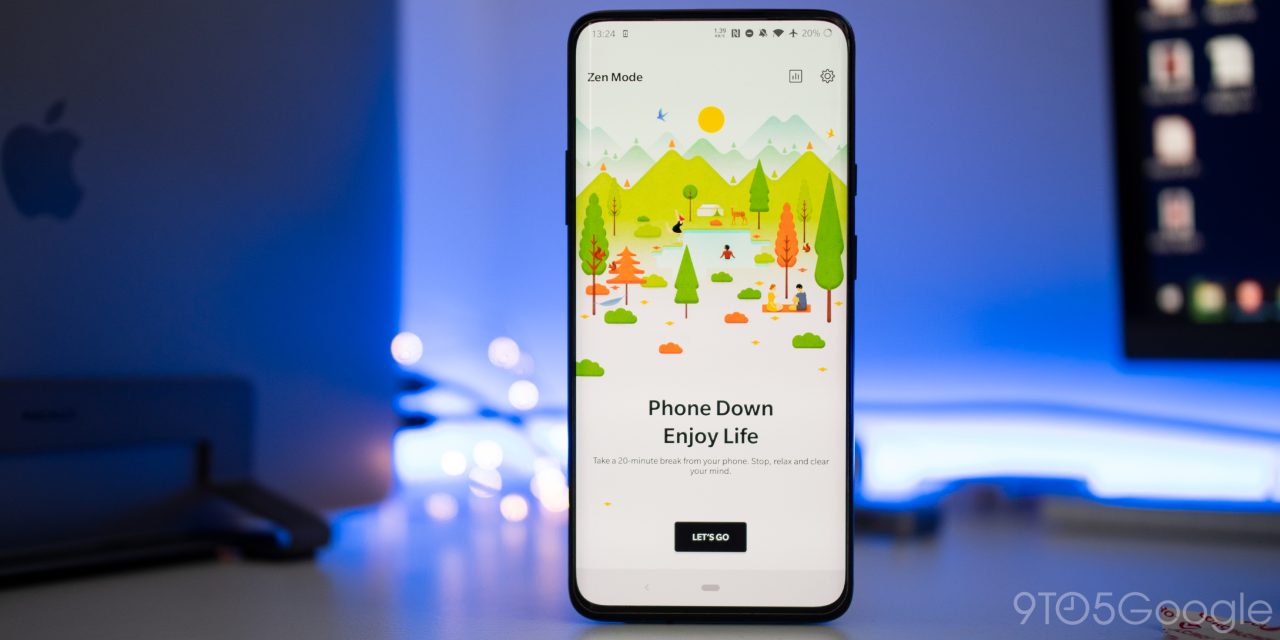 OnePlus has officially published its Oxygen OS-only digital mindfulness Zen Mode as a standalone app on the Google Play Store.

Zen Mode came to OnePlus devices with the release of the fantastic OnePlus 7 Pro earlier this year. It basically works by giving you a 20-minute break from your smartphone, locking almost all non-essential apps so that you can simply focus on something else.

It does leave access to your camera and emergency services, but you can’t exit once activated. For people heavily distracted by their smartphones, this is quite a useful tool to help curb any bad habits and smartphone overuse.

Originally, the feature was exclusive to the OnePlus 7 and 7 Pro. That has since changed, as OnePlus confirmed that the OnePlus 5/5T and OnePlus 6/6T would get Zen Mode in a future update. Though, it was possible to sideload the feature on to those devices.

This follows the OnePlus Gallery and OnePlus Weather apps that became available on the Google Play Store earlier this year (via Android Police). It undoubtedly makes it much easier for OnePlus to push updates and will increase update speed.

Zen Mode is still exclusive to OnePlus phones though, so if you don’t have one, the app simply won’t work. It’s also only currently compatible with the OnePlus 7 and OnePlus 7 Pro — there is no support for the 5/5T or 6/6T just yet. Let’s hope that OnePlus can support those handsets in a future update.

The Play Store version adds the ability to adjust the length of time that you set Zen Mode to last. You can now set the duration in either 20, 30, 40 or 60-minute increments. That might be very helpful to those that want to switch off from their phone for longer than 20 minutes.

If you have a compatible phone, then you can download Zen Mode right now from the Google Play Store and enjoy some phone-free peace.