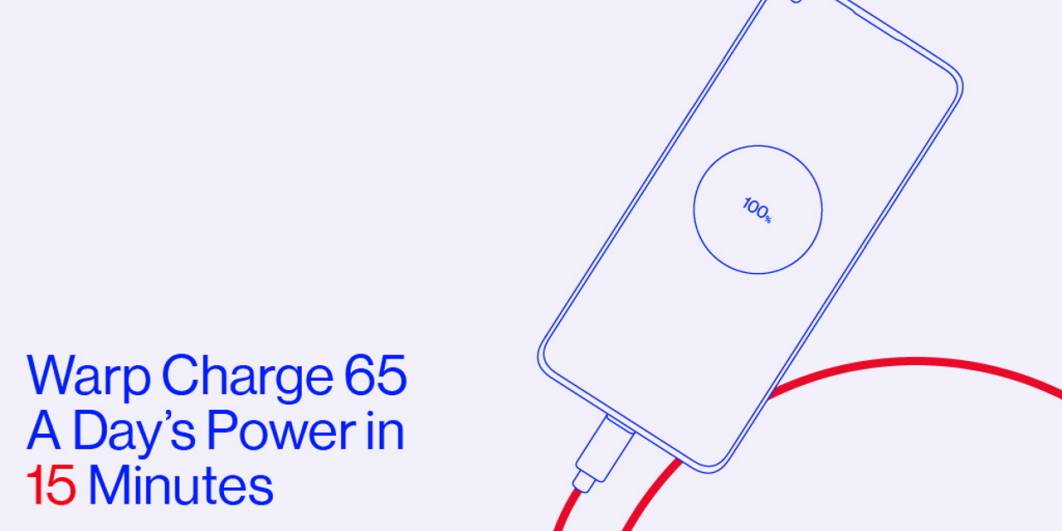 After a brief teaser yesterday, OnePlus has today confirmed its new Warp Charge tech for the OnePlus 8T. For the first time in a while, the tech is getting a huge jump, delivering a whopping 65W of power to the OnePlus 8T.

Warp Charge 65 will arrive with some pretty crazy speeds in tow. Where previous versions of Warp Charge could fill up a phone in around an hour, the 65W of power will fill up the OnePlus 8T completely in just 39 minutes. Further, 15 minutes of charging is enough time to fill up to 58% of the battery. Notably, too, OnePlus has confirmed a 4,500 mAh battery for the OnePlus 8T.

OnePlus announced today that its fastest charging solution ever, Warp Charge 65, will debut on the upcoming OnePlus 8T flagship smartphone. More than doubling the charging speed of its predecessor, Warp Charge 65 is capable of charging the OnePlus 8T’s 4500mAh battery fully in 39 minutes, and almost 58% in just 15 minutes.

So, how does this work without absolutely destroying the battery within? OnePlus is using two battery cells within the phone that both charge at over 30W simultaneously. That keeps the phone as a whole cooler and, in turn, lengthens the life of each battery. OnePlus has also added a new heat dissipation system to further protect the two cells.

In an interview with PCMag, OnePlus CEO Pete Lau revealed further details about the new system. For one, he confirmed the OnePlus 8T will charge at 27W with USB-C PD chargers, as well as that this phone won’t include wireless charging. A shame for sure, but not unexpected either.