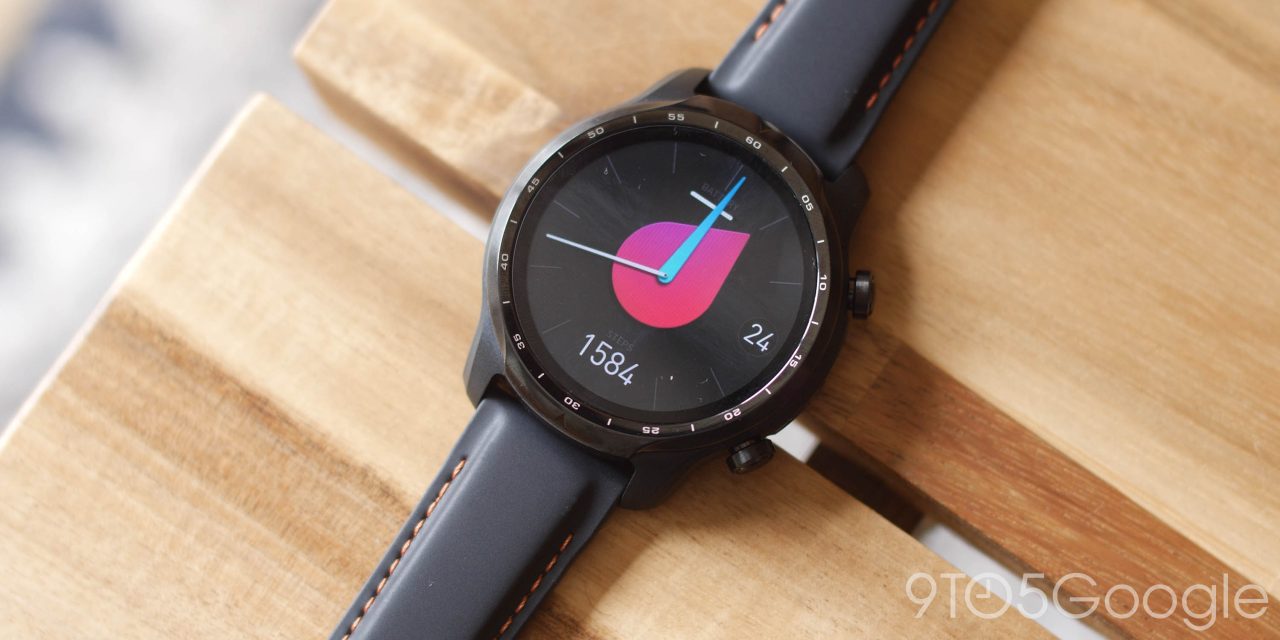 It’s hard not to be tough on Wear OS and feel guilty, but the advent of new Qualcomm Snapdragon Wear chipsets really does hint at a bright future for the platform — and the Mobvoi TicWatch Pro 3 helps prove that.

Being critical of the platform is not something anyone wants to do going in, but performance and poor app selection issues aside, the wealth of hardware choice is what makes Wear OS such a compelling platform. Unlike Apple’s lack of real hardware choice, you’ve got real watch brands and firms trying to make it work.

Mobvoi has made some gorgeous watches, but oddly, persisted with the four-year-old Qualcomm Snapdragon Wear 2100 chipset, even when the Wear 3100 had superseded it. Moving to a new chipset is, therefore, a huge deal as Mobvoi is acting as the yardstick for what could be Wear OS’s biggest leap to date.

Without spoiling things too much, the chipset bump is one of the best things about this brand-new package.

I said in my early hands-on that the Mobvoi TicWatch Pro 3 managing to shave off some bulk was an important design decision, and it has really won me over. I’m not usually a huge fan of large watches, and while the TicWatch Pro 3 is still borderline “big,” I wouldn’t call it frustratingly so. I’ve worn it almost every single day since it turned up at my door for at least three to four hours a day — and even when playing football (soccer) — with little to no discomfort.

Previous generations restricted my wrist’s range of motion because of the thickness, but it seemingly isn’t a problem here. The ever-so-slightly smaller bezels also ensure the display is given a tad more prominence.

I feel like I’m able to focus better on the display as a result, but the increase from a 1.39 inches to 1.40 inches, 454 by 454-pixel display is probably the main reason for that. That said, the TicWatch Pro 3 really does share around 95% of the DNA of its predecessors. If you are not a fan of this style of smartwatch, then you’re out of luck, I’m afraid.

The digital display is still something that I am personally sold on. I have said previously that I think it cheapens the package, but it is a nice extra for people that want a truly extended lifespan. When enabled, there is just enough “core” information available at a glance, which isn’t something all digital watch faces can offer.

Including a silicone strap that has hints of faux leather is one way I feel the style is well-balanced. Mobvoi has succeeded in crafting a smartwatch that equally feels at home in an office as it would be in the gym.

I found previous TicWatch Pro models too “chunky” for my tastes. Shaving a few millimeters off here has made a real difference to the TicWatch Pro 3. It’s sleeker and more refined, but this is still a big beast of a smartwatch.

As I have already mentioned, my wrist motion feels less inhibited, thanks to the thickness savings. If you are in the gym or working out, this might prove to be the biggest external hardware improvement.

The silicone strap is lightweight and comfortable but — as all silicone straps do — can slip when sweaty if not clasped tightly. I tried wearing the Mobvoi TicWatch Pro 3 in bed over the course of a few evenings, but it is simply far too big for comfortable wear all evening — especially after being fixed to your arm all day.

The biggest draw is undoubtedly the new chipset on offer, and I’m really pleased to say that the Qualcomm Snapdragon Wear 4100 chipset is likely the quantum leap that many eager Wear OS fans have been waiting for. Although, even with gushing praise up front, some admittedly minor common problems persist.

Slowdowns are not completely eliminated or eradicated, but they are almost nonexistent. That’s likely enough for many people, as lockups and freezes are almost synonymous with the platform at this point in time. The TicWatch Pro 3, even after three to four weeks or almost continuous wear and usage, doesn’t often skip a beat.

A prime example is the Google Play Store. Opening it on any other Wear OS watch feels like a chore at times. The Mobvoi TicWatch Pro 3 has no problems, it’s not blistering, but it’s smoother than it ever has been. That mini “hang” when changing a watch face is no longer there, either — something that has frustrated for a long time.

The pre-installed Mobvoi Launcher is also far superior to the “stock” Google Wear OS launcher. However, it’s worth noting that it only really applies to the “look” of the app drawer. I really think that Google should just straight-up steal this and incorporate it into Wear OS wholesale as it makes navigation easier, quicker, and just more cohesive.

Wear OS is still as it has been for some time — it’s relatively clean but with few “killer” apps to speak of. I’m not too fussed by this, as I often just want my smartwatch to be a notification bridge. Maybe we’ll see more developments now we have a competent chipset.

Also, literally 24 hours before launch, I received an update that improved some pre-release software lockups that I personally had noticed. Notifications would sometimes take a while to come through, and it would slow my watch down when they arrived late when running pre-release software. It’s one of the pitfalls of some review units and making a judgment on software that isn’t public-facing. Luckily, the post-launch software has been great — with those aforementioned minor discrepancies.

I would love Google to refine the experience a little more, like being able to skip the initial setup/tutorial process. I tried swiping left right at the start like on Android Wear, but it did not work. I’ve sat through it so many times at this point that it felt like the TicWatch Pro 3 was actively mocking me when powering on for the first time. With just a little polishing here and there, I’d love Wear OS so much more.

Mobvoi has bundled in a ton of TicHealth features and functions with the TicWatch Pro 3. For me, or the average person, the range of health tracking options is probably more than enough to cover all of your daily needs.

You can track all the basics like Running, Cycling, Swimming, Yoga, plus a few more on top. The auto-tracking features are a little bit hit-or-miss. When playing team sports, I found it would sometimes miss a quick burst or sprint, but over the course of a couple of hours seemed to be pretty on the money. The built-in GPS seems more accurate than previous TicWatch models for sure.

Of the other TicHealth features, the TicHearing app was one of the most interesting. It measures the sound level of your surroundings and warns you if the ambient sound may be damaging your hearing. I work from home, so it felt a bit redundant, but it’s still an interesting inclusion.

Other apps include TicBreathe for breathing exercises and TicZen for tracking your “stress” levels in conjunction with the SpO2 sensor. Overall, the TicHealth suite of apps is a nice complement to the admittedly basic Google Fit suite and, although not the most accurate, is probably good enough for moderately active people out there that just want basic workout tracking.

I’ve been so surprised at the longevity that the new chipset has brought to the table. Previous Wear OS offerings have been a mixed bag. The best of the bunch — for me at least — was the Emporio Armani Smartwatch 3. That attained around 50 hours on a single charge, which covered a two-day window almost perfectly.

The Mobvoi TicWatch Pro 3 is easily a three-day watch for me — and I could probably push it further. From 100% in the morning, I’ll often go to bed at night with 80% power remaining even with a little bit of GPS usage in there, too. If you want that stupidly long 30+ days of lifespan, then the “Essential mode” might be worthwhile, but I’d rather wear the Xiaomi Mi Band 5 in that situation.

Charging takes around two hours to go from 0 to 100%, which is about what you’d expect, given the 3-pin magnetic USB-A charger found in the box. It’s an annoying charger, and I do wish that Qi charging was possible, but maybe we’ll see that come on the Pro 4 model? We can hope at least.

At this point in time, there is and has not been a better Wear OS smartwatch released than the Mobvoi TicWatch Pro 3. It’s refreshing to have a smartwatch that isn’t inhibited by old internals or even by the software running upon them. My favorite new tweak is the improved app menu. Not having finicky operating is something that appears to have taken far too long to rectify, but it’s now fixed.

Battery life is drastically improved over almost all Wear OS watches already available, with the extended “Essential” mode giving you over 30 days of wear — albeit without the associated “smartwatch” capabilities. The design feels like a refinement, plus the strap is exponentially better in my time using the smartwatch.

If you are in the market for a companion Android-powered smartwatch, then right now, the Mobvoi TicWatch Pro 3 is the best you can buy. On top of that, it really whets the appetite for what Fossil et al. can do with the Snapdragon Wear 4100 and 4100+ chipsets in the coming months. Put it this way: Mobvoi has proven that with this new chipset, the future of Wear OS is already looking a little bit brighter.

Where can I get the TicWatch Pro 3?

If you want a Wear OS smartwatch, then you can pick up the TicWatch Pro 3 directly from Mobvoi and Amazon. It’s priced at $299.