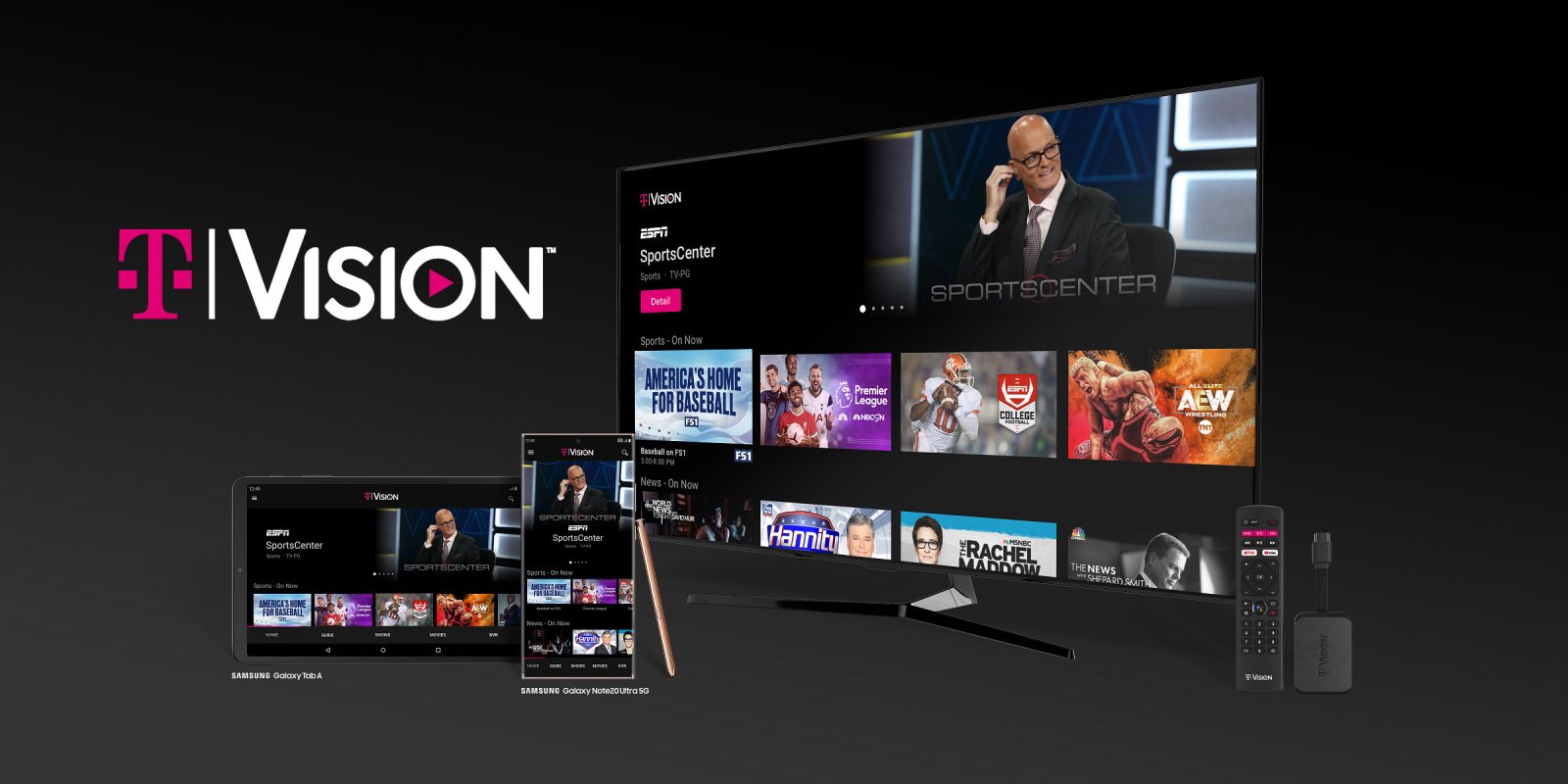 Streaming was supposed to be the more affordable answer to traditional live TV, but the example of YouTube TV has shown that even that can get pricey. Today, T-Mobile has announced TVision, a live TV streaming service that starts at $40/month.

TVision is broken up into three primary categories: LIVE, VIBE, and CHANNELS.

With Live, there’s the base $40/month option which offers core channels such as ABC, FOX, NBC, ESPN, and more. 30 channels are included in total. Beyond that, there are two optional tiers. Live TV+ adds 10 more sports channels including NFL Network, ESPNU, and others. Finally, Live Zone hits $60/month for all of the previous channels as well as NFL Zone and 10 additional channels.

TVision Vibe costs just $10 per month and offers over 30 channels including AMC, BET, Discovery, Food Network, HGTV, and many others. Finally, TVision Channels offers a-la-carte channels such as STARZ, EPIX, and Showtime without further bills. Just pay for the channels, and you’re good to go.

There’s a full lineup of channels on T-Mobile’s site.

What’s the catch? You’ll be required to be a T-Mobile wireless customers in order to get in on the fun. That’s a shame considering the service is technically available on Android TV, Google TV, Amazon Fire TV, and also Apple TV at launch.

Also of note with this new service is that there’s an optional TVision Hub dongle powered by the Android TV platform. That device is better integrated with the service and also works with Netflix, Disney+, and many other major services.