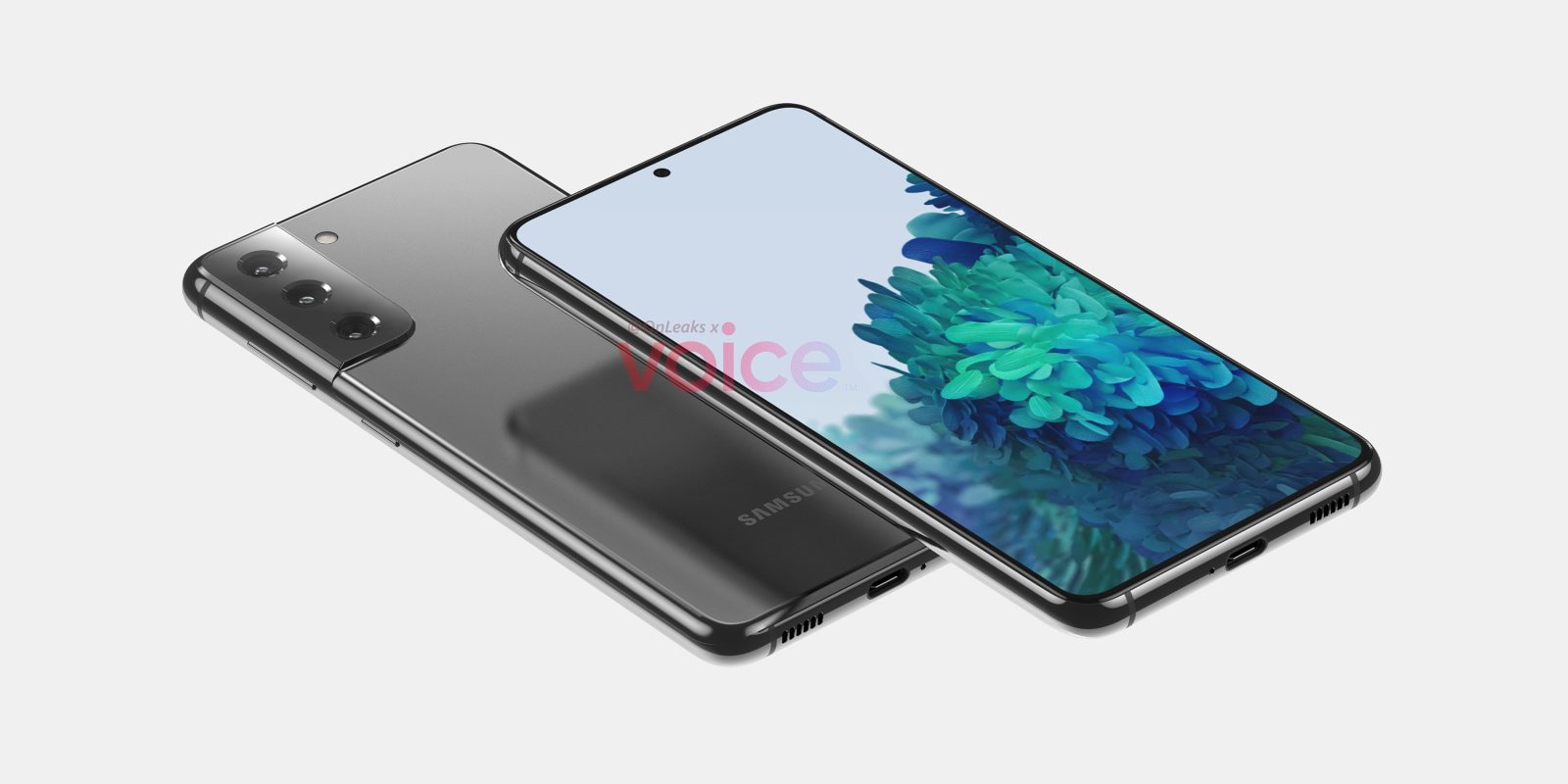 The first renders of the upcoming Samsung Galaxy S21 – and S21 Ultra) – have now been shared, giving us a glimpse of what looks like a refinement of the existing S20 series design.

Shared by Steve Hemmerstoffer AKA @OnLeaks over on new social network Voice, the CAD-based renders show-off the potential design of the standard Galaxy S21 or S30 depending on Samsung’s new naming convention. Given Hemmerstoffer’s stellar track record and rumors of an early 2021 release cycle for the S21 series, it’s highly likely that these renders are fairly accurate.

[Update 10/29]: OnLeaks AKA Steve Hemmerstoffer has been at it again, sharing a closer look at the upcoming Galaxy S21 Ultra camera setup in a solo render over on his Voice page. He also shared some information on the potential array, which looks to have initially been a DVT (Design Validation Test which is the penultimate step before mass production) stage prototype.

The original renders showcased 4 cameras and an LED flash. However, OnLeaks has updated the renders to showcase what is proposed will be 5 cameras — or more likely 4 rear cameras plus an as-yet unknown camera/sensor.

Whatever the case may end up being, you can feast your eyes on the updated render below:

As for the design, the Galaxy S21 renders show what looks like a very familiar from the front. There is a 6.2-inch flat display with an Infinity-O punch-hole that will undoubtedly house a selfie camera. It’s at the rear where the design looks to have been altered with what looks like a “wrap-around” triple camera housing.

You can see the camera bump extends around the edges of the frame, with the LED flash integrated within the back panel — which was last seen on the Galaxy Note 10 series. It’s unclear just what lenses we’ll see, but we’d imagine that the 108-megapixel sensor seen on the S20 and Note 20 series will return. There is likely to be an ultra-wide-angle lens and possibly a telephoto zoom lens.

You can check out the proposed Galaxy S21 renders below:

Hemmerstoffer also shared some of the device dimensions along with the Galaxy S21 renders, with the upcoming handset measuring roughly 151.7 x 71.2 x 7.9mm (9.0mm with the camera bump included).

No other specifications were shared with the renders, but there are also rumors of the recently confirmed Exynos 1080 chipset being integrated within the S21/S30. However, that is rumored to be a mid-range chipset, which wouldn’t fit the flagship Galaxy S21 series.

[Update 10/19]: Shortly after publishing, Hemmerstoffer shared more renders, but this time of the proposed Galaxy S21 or S30 Ultra. The higher-end smartphone has some notable design differences including a curved display that is said to measure in at between 6.7 and 6.9-inches. The dimensions are also said to be 165.1 x 75.6 x 8.9mm for the S21 Ultra.

At the rear, gigantic camera module also has that “wrap-around” camera module but this shares some resemblance with the current S20 Ultra. In the renders of the Galaxy S21 Ultra shared, you can see four sensors and an LED flash module, which is within the camera bump – rather than within the body of the phone itself.

Despite rumors and calls for the merging of the S and Note lines, @OnLeaks Galaxy S21 Ultra renders don’t show an S Pen slot. For Note series fans – or those who dislike the enhanced stylus – this might be a slight blessing in disguise.

What do you think of these proposed Galaxy S21 renders? Are you excited for the S21 Ultra? Be sure to let us know down in the comments section below.