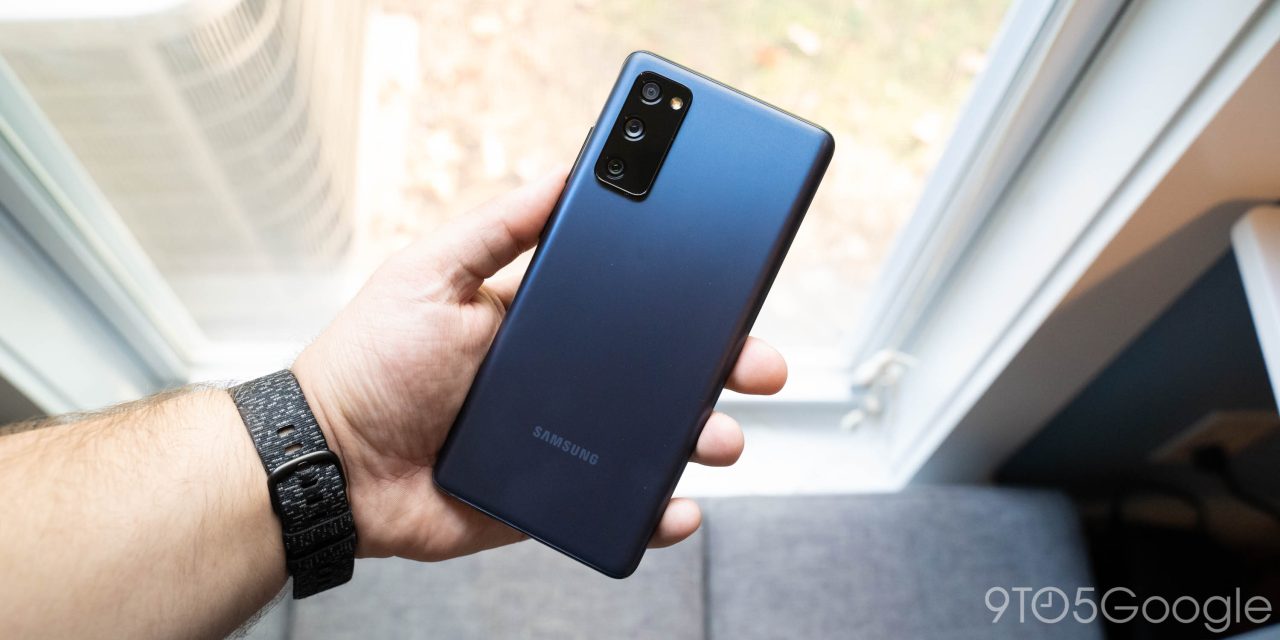 Flagship smartphones are ridiculously expensive in 2020, and frankly, people are tired of it. No one wants to spend over $1,000 on a phone, but Samsung’s entire Galaxy S20 lineup demanded four figures. After those devices failed to gain traction, though, Samsung has responded with the Galaxy S20 FE, a $699 smartphone that has everything a buyer actually needs for a fraction of the cost.

This plastic is fantastic

So, how does Samsung compress a $1,000 phone and most of its specs and features into one that’s $300 cheaper? The first thing most people will notice is that the Galaxy S20 FE is built from plastic.

The side rails of this phone are still made from metal, but the entire back panel is plastic. But really, that’s not something worth complaining about. The sturdy plastic build is comfortable to hold, keeps the phone lighter, and has a nice matte coating that’s not very slippery. The regular S20+ had me rushing to put on a case, but I don’t feel the same need on the S20 FE. The Cloud Navy model I was sent by Samsung still collects a lot of oils from my fingers, but frankly, I think just about all of the other colors are superior to this one anyway.

Speaking of colors, there are six of them. Cloud Navy is the darkest of the set, with Cloud White, Orange, Red, Lavender, and Mint also available. If I were buying this phone, I think Cloud Orange and Red are no-brainers, but really, they all seem great. At the end of the day, I’m just glad Samsung isn’t making the same mistake as the rest of the S20 lineup where colors were boring or nonexistent.

In terms of the physical design of this phone, it’s remarkably similar to the rest of the S20 lineup. The back camera module is placed identically, the ports and buttons are in the same place, and the overall look is very similar. Perhaps the only “big” change is the size of the bezels around the display, as they’re just a bit thicker. Notably, too, the hole-punch selfie camera also has a slim silver ring around it that makes it stand out more. Shame, but no big deal. The screen is also a bit flatter here, which in my book, is always a huge perk.

Underneath the uncurved glass on the Galaxy S20 FE, you’ll find a 6.5-inch, 1080p display. It’s a decent Super AMOLED panel. Brightness is great, colors are vivid, and viewing angles are essentially perfect. Samsung is really good at making displays, regardless of the price of the phone.

The resolution, too, wasn’t a problem in my opinion. 1080p isn’t crazy sharp, but it’s more than enough for most people. Plus, it’s not like having a higher-res screen would have made much of a difference anyway. The regular Galaxy S20 lineup hits 1440p, but out of the box software limits it to 1080p if you’re using 120Hz.

That faster 120Hz refresh rate sticks around on the S20 FE, too, and it’s just as wonderful as on the high-end devices. Scrolling, playing games, and doing just everything on your phone feels better with a faster refresh rate. I noticed some hiccups here or there that I didn’t on my S20+, but this is a plus no matter how you look at it. As I’ll dive into further, too, it doesn’t take a hit on battery life, either.

The only big negative I have on the display is regarding the touch sensitivity. I had several issues throughout my usage with the touchscreen acting up. For example, it might not fully register a swipe or may trigger the “pocket” mode on the lockscreen. This wasn’t frequent, but I’m not alone in experiencing this. Quite a few early buyers have also had similar problems. Luckily, in my case, a replacement unit seemed to fix the problem, though I didn’t spend nearly as much time with the second unit.

That one issue, though, doesn’t change my conclusion about the FE’s display. Samsung is just absurdly good at making smartphone displays, and this cut-down flagship is no exception.

For most companies, trimming $300 off the price of a high-end device would mean dropping a processor tier, but that’s not the case with the FE. Samsung managed to include the same Snapdragon 865 chip on the S20 FE with its powerful performance.

In practice, though, the performance isn’t quite on the same level. Despite having the same chip, I found that the FE tended to stutter a bit more than my Galaxy S20+ or Galaxy Z Fold 2. Why? I think part of it comes back to the RAM allotment being cut from 12GB to 6GB. 12GB is absolutely overkill, but 6GB is a bit light nowadays, especially when you’re putting Samsung’s OneUI up on top. Performance isn’t bad, but it’s not at the same level as flagships, and I’d struggle to call it “smooth.” It’s fine.

As far as software goes, nothing has really changed from the Galaxy S20 earlier this year. The FE runs on Android 10 with OneUI 2.5 out of the box. It’s still pretty good software, but it’s sometimes a bit frustrating. I went more in-depth on that in my review from earlier this year, but this one paragraph sums up my feelings.

Samsung’s software experience is sort of a compromise. You have everything you could really want and that’s good! But having everything can be overwhelming and confusing too. It’s all a matter of choice and that’s the beauty of Android, really.

You’re not giving up any features to use this $699 smartphone, but I can’t wait for the day Samsung polishes off its software to the point where I can talk about it without any disappointment.

Endurance is one of the biggest reasons to buy

Another perk of buying the Galaxy S20 FE over the more expensive models is battery life. The 4,500 mAh battery in this phone lasts longer in my experience than the Galaxy S20+, which was fine, but not entirely impressive.

Generally speaking, the S20 FE is a phone I can’t kill in a day. I typically found that I could manage several hours of screen time in a day while retaining as much as 40% by bedtime. Your results may vary, of course, but this phone has some serious endurance. Plus, it still has fast charging and wireless charging when it comes time to top off.

Not perfect, but a solid shooter

The camera on the Galaxy S20 FE is one that surprised me. I was extremely disappointed in the S20 and S20+, and despite the FE using the same main sensor, it seems to pull off better overall shots. Details are sharp, colors are good, and graciously, my pets no longer look like oil paintings as long as the lighting is decent. I still find that motion is a big problem for Samsung’s cameras, but the rest of the experience has been a marked improvement.

The primary 12MP camera is what I mostly used, but the ultrawide shooter was no slouch, either. Telephoto is limited to just 8MP, but with actual 3x optical zoom, the results weren’t bad! Anything past that optical zoom, though, starts to look pretty rough.

In the video department, the S20 FE loses out on the 8K support that the other S20s are capable of, but that doesn’t really feel like a loss. At this point, 8K isn’t really worth it, and 4K on the FE gets the job done.

Samsung is still in third place behind Google and Apple when it comes to camera chops, but the Galaxy S20 FE and the much-more-expensive Note 20 Ultra have proven that the company is getting better. Really, I don’t have much to add beyond that. The cameras here are pretty good!

Like the standard Galaxy S20 phones, the S20 FE uses an under-display fingerprint scanner, but this one is optical instead of ultrasonic. This results in virtually the same level of security, but the optical sensor is considerably faster. It’s weird, really, that Samsung is technically using a better fingerprint sensor on its cheaper phone, but here we are.

The speaker quality on the Galaxy S20 FE is decent, but not stellar. The single driver at the bottom paired with the earpiece speaker leaves audio sounding fine, but there’s a distinct lack of bass. As far as headphones go, once again, there’s no headphone jack. Shame? Sure. Deal-breaker? It shouldn’t be.

All the smartphone most people need

The “Galaxy S20 Fan Edition” is a misleading name. Sure, Samsung fans will definitely love this phone, but that’s not who Samsung should be marketing this phone to. The S20 FE is the phone that most people should be buying.

You can buy an S20 FE right now unlocked, and from all major US carriers. At the time of publishing, too, it’s $100 off at multiple retailers.