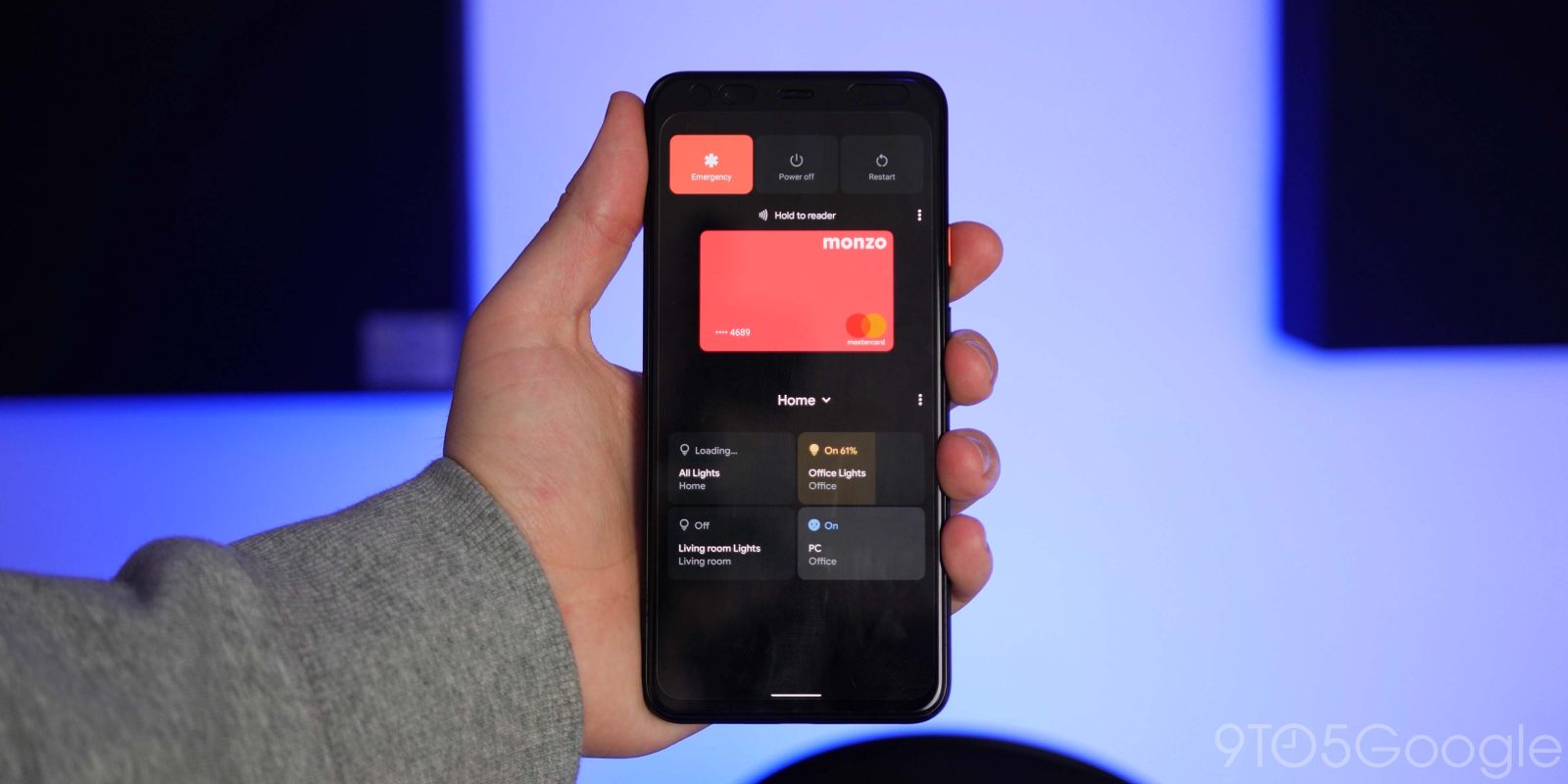 Android 11 revamps the power menu that opens when you hold down on the physical un/lock key. However, as part of integrating Google Home and Pay, some find the actual device controls deprioritized. The November security patch does bring back the lost “Screenshot” button for some Pixel users to address at least one concern.

Instead of appearing as a vertical tray next to where the lock key is located on your device, device controls are now at the very top of the screen. This is harder to reach, while only three actions can be shown across at a time.

One of the more unfortunate changes was the removal of a screenshot button. Users today have to hold down on lock + volume down, ask Assistant, or use the shortcut in the Recents menu. The latter is Google’s main solution, but screenshots taken this way hide the status and gesture navigation bar.

That new way is part of Google’s broader redesign of the multitasking screen, which came to gesture and legacy 3-button navigation. However, 2-button navigation was left out, and those holdouts are without a dedicated way to screenshot.

Last week’s November security patch addresses those users (via Reddit) by adding “Screenshot” to the Power menu. If Lockdown is disabled, it will appear as the third tile. Otherwise, it will appear in an overflow menu.

This is a nice change for those that are steadfast in their desire to use 2-button navigation. Google did not remove that system from devices (Pixel 2-3a) that launched with it, but the Pixel 4 and newer defaults to gesture navigation and only provides 3-button as an alternative. Pixel 2 users should get this screenshot button with the December security patch as the device skipped a month on its way to EOL status.