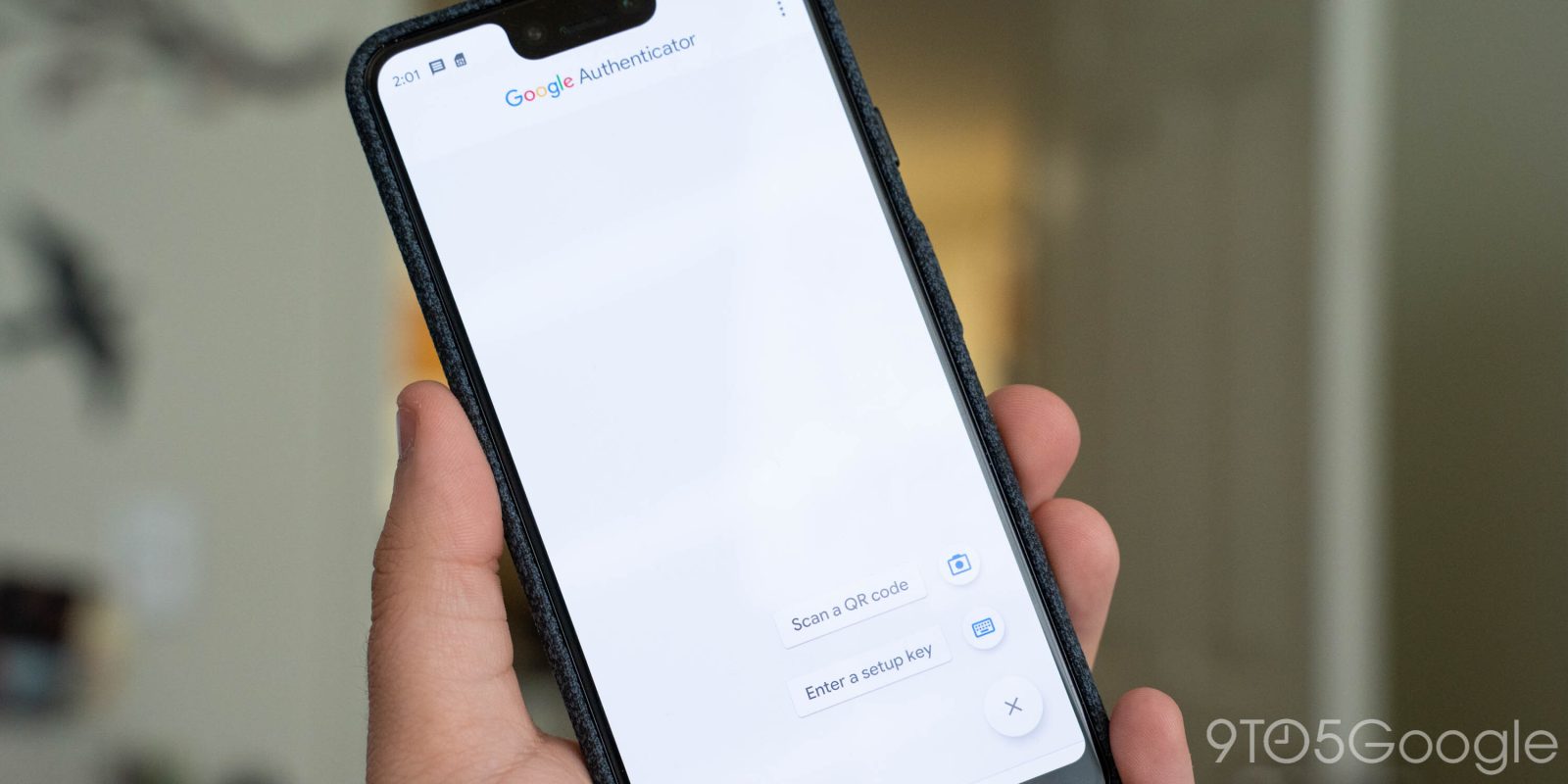 Earlier this year, Google’s 2FA authentication app received a big Android update that modernized its design. That dark theme, along with an account transfer feature, is now available in Google Authenticator for iOS.

The app provides 2-step verification codes when signing-in to sites. Compared to alternatives, it’s quite simple and lacks extra features. On iOS, Google Authenticator was last updated in 2018 with iPhone X support.

Like on Android, the key addition is the ability to “Transfer accounts.” The navigation drawer houses this new option to export or import 2FA codes via QR codes. It greatly simplifies the setup process when transferring devices, with users just needing to install Authenticator on the new phone and scanning a barcode. This feature would have been particularly convenient ahead of the iPhone 12 launch.

On the security front, this new capability is done device-to-device and “no data is sent to Google’s servers during the transfer.” Google makes the process explicit through various prompts, notifications, and verification steps.

Your 2SV secrets can’t be accessed without having physical access to your phone and the ability to unlock it.

Version 3.1 of Google Authenitcator for iOS is available now via the App Store: