Assassin’s Creed Syndicate, Origins, and Unity arrive on Stadia starting at $9 [U] 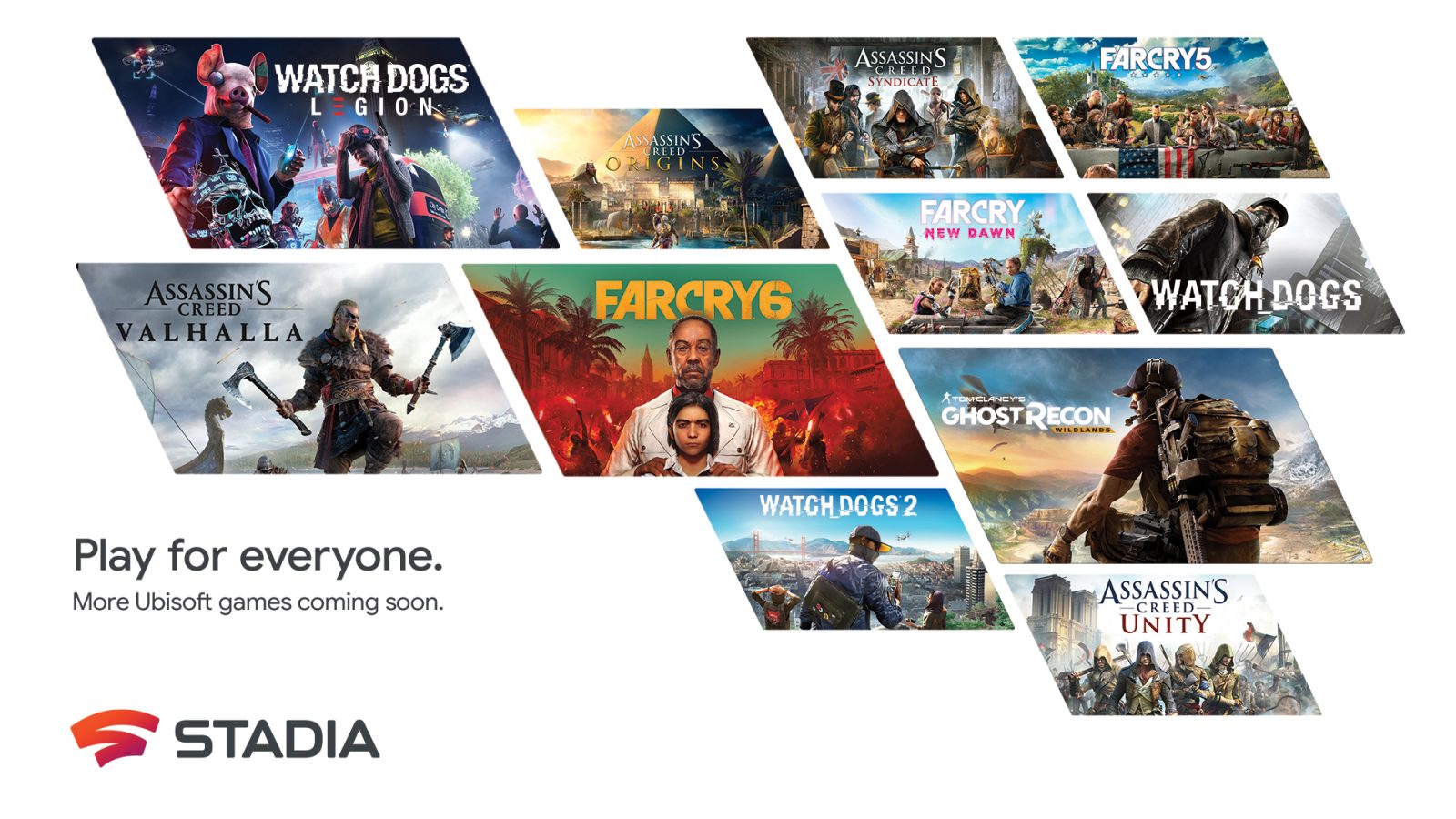 With Ubisoft+ now available on Stadia, Ubisoft is rounding out its collection of backlog titles for the platform from hit franchises such as Assassin’s Creed, Watch Dogs, and Far Cry.

Obviously, the intention is to play these games with the $15/month Ubisoft+ subscription, but they’re all available to purchase individually if you just want to add them to your library. Assassin’s Creed Unity has a $29.99 price tag, but the other two titles are both discounted.

Finally, Assassin’s Creed Origins is available starting at $11.99 for Pro members, otherwise it carries the usual $59.99 price. The Gold and Deluxe editions are similarly discounted for Pro. All discounts here end on January 6th.

Update 12/9: Watch Dogs: Legion made its debut on Stadia last month alongside other platforms, and now the franchise’s previous installments are also arriving on the platform. Watch Dogs and Watch Dogs 2 are now both available on Stadia.

The original Watch Dogs game is available for $19.99, with its “Complete Edition” bundle coming in at $32.99. Surprisingly, there are no discounts available for this title.

Update 11/19: Another Ubisoft title has just landed on Stadia. Tom Clancy’s Ghost Recon Wildlands, fist released in 2017, has now been ported to Google’s streaming platform. The game is partially arriving for the sake of the Ubisoft+ subscription, but it’s available for individual purchase as well. Typically, the game will cost $49.99, but Pro subscribers can currently buy the game for $15 and keep it in their library even if you ditch the subscription.

You can buy Ghost Recon Wildlands now on Stadia.

Update 11/3: The first of Ubisoft’s new games heading to Stadia have just been released! Far Cry 5 and Far Cry: New Dawn are now available for purchase on the Stadia store. The standard pricing for these two games matches that of other platforms. Far Cry 5 costs $59.99 for the base game and $89.99 for the “Ultimate Edition,” but Pro members get a discount of $11.99 and $17.99 respectively.

In a blog post today, Google confirmed that Ubisoft will be bringing eight of its older releases to Stadia in the not-too-distant future. There’s no specific release date, but they’ll apparently arrive sometime around the holidays.

These are coming in addition to three new Ubisoft titles. Watch Dogs: Legion is set to arrive on October 29 while Assassin’s Creed Valhalla is coming November 10. Far Cry 6 will then arrive in February 2021.

Ubisoft is set to bring new games from your favorite franchises to Stadia, including adventures within the worlds of Far Cry, Watch Dogs, Ghost Recon, and Assassin’s Creed. That means the ability to experience crowd favorites like Watch Dogs 2, Assassin’s Creed Syndicate, or Far Cry 5 across all your favorite devices when they arrive on the Stadia store starting in Holiday 2020.

These added games likely come in preparation for the $14.99 Ubisoft UPlay+ bundle, which we’ve seen more and more evidence of. The games will also be available for purchase outside of that monthly subscription. Most likely, they’ll follow the same pricing as other platforms.