Mobile games continue to improve in quality every year, and now Ubisoft is bringing its popular shooter series The Division to Android and iOS with the upcoming title “Resurgence.” 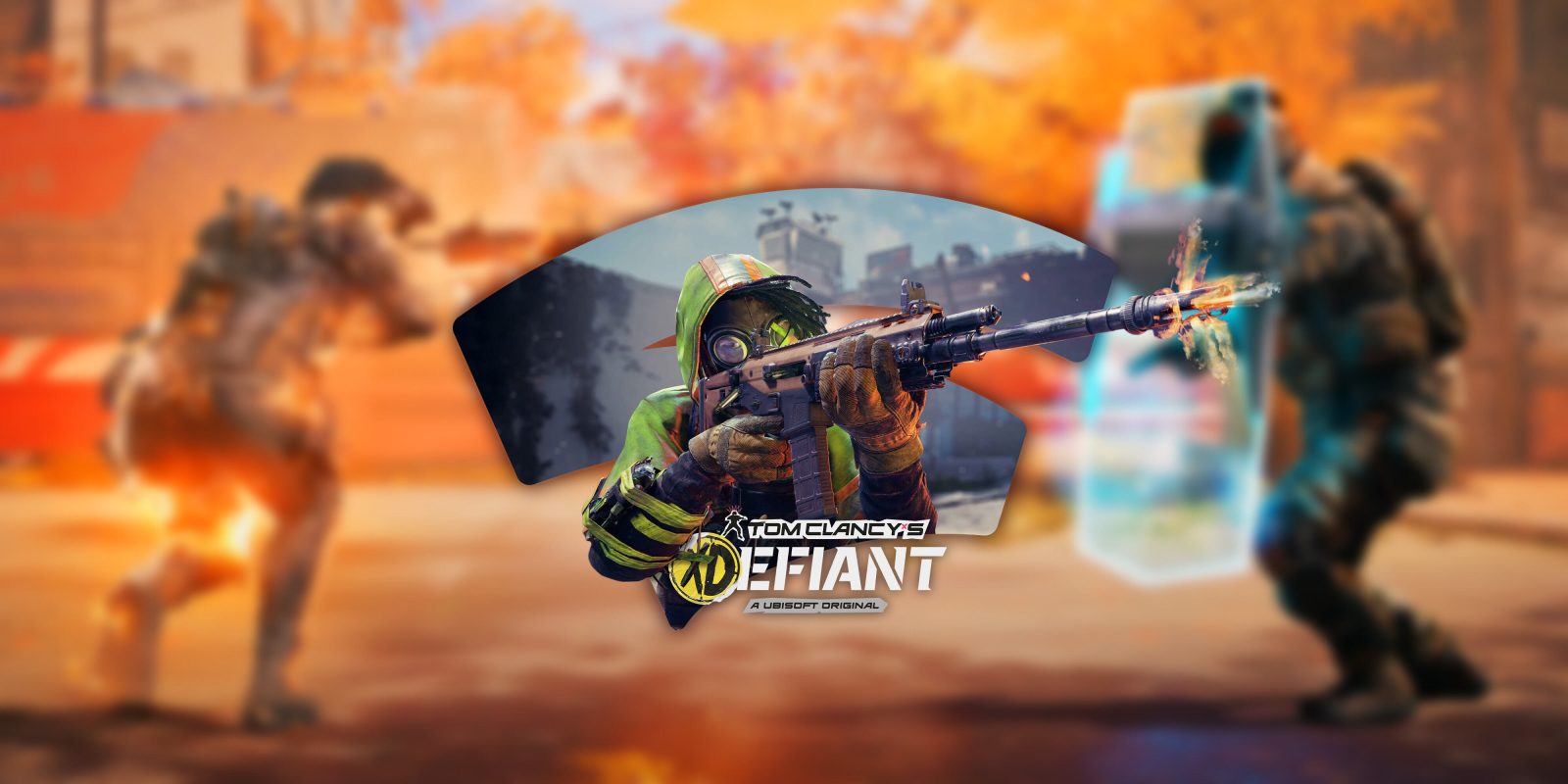 Ubisoft just announced its latest installment in the Tom Clancy series, the free-to-play shooter “XDefiant,” which will be arriving on Google Stadia.

END_OF_DOCUMENT_TOKEN_TO_BE_REPLACED 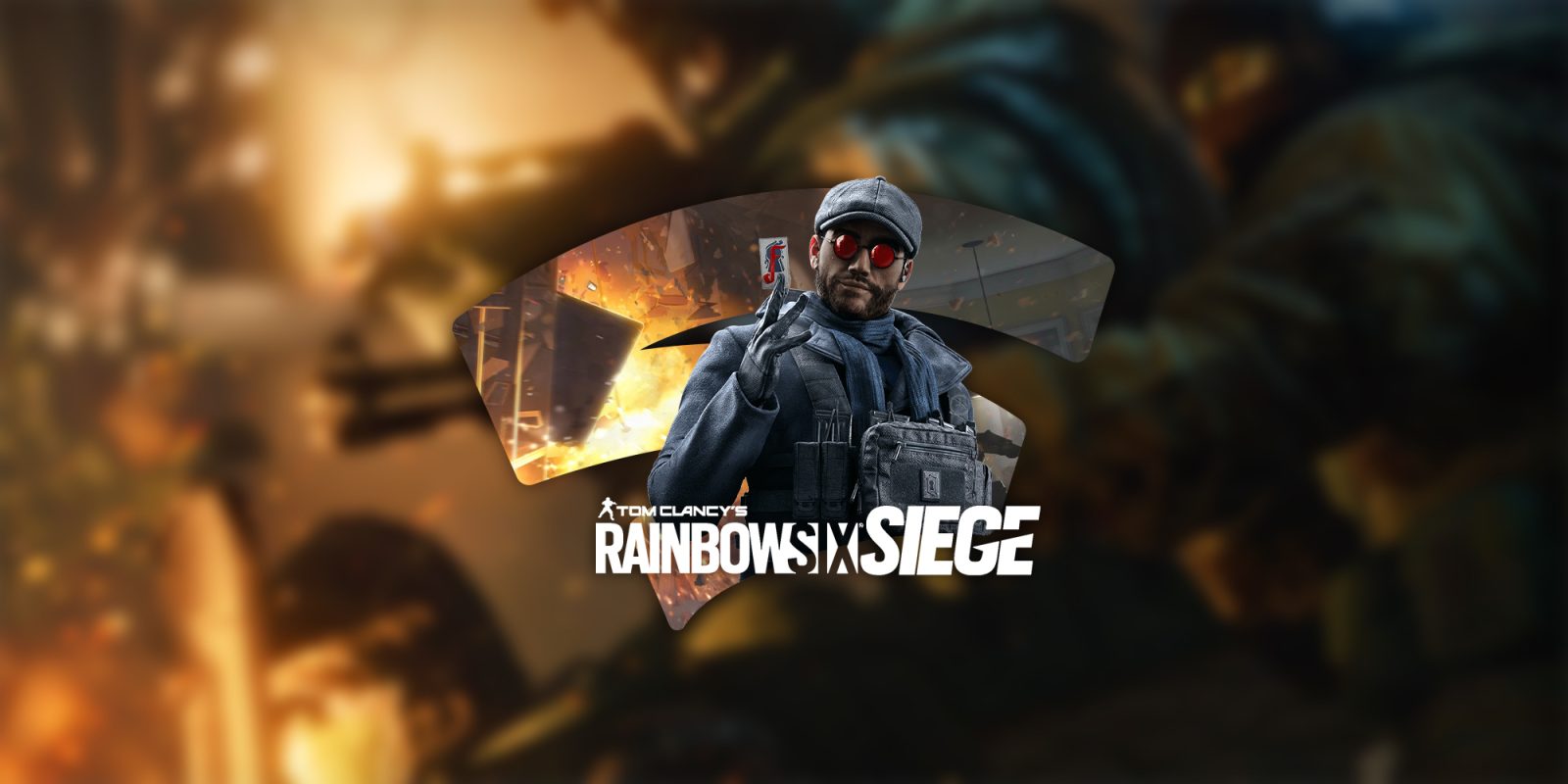 Ubisoft+ is now offering deep Stadia integration in many more countries, and in support of the subscription, Rainbow Six: Siege and more are coming soon to Stadia.

END_OF_DOCUMENT_TOKEN_TO_BE_REPLACED 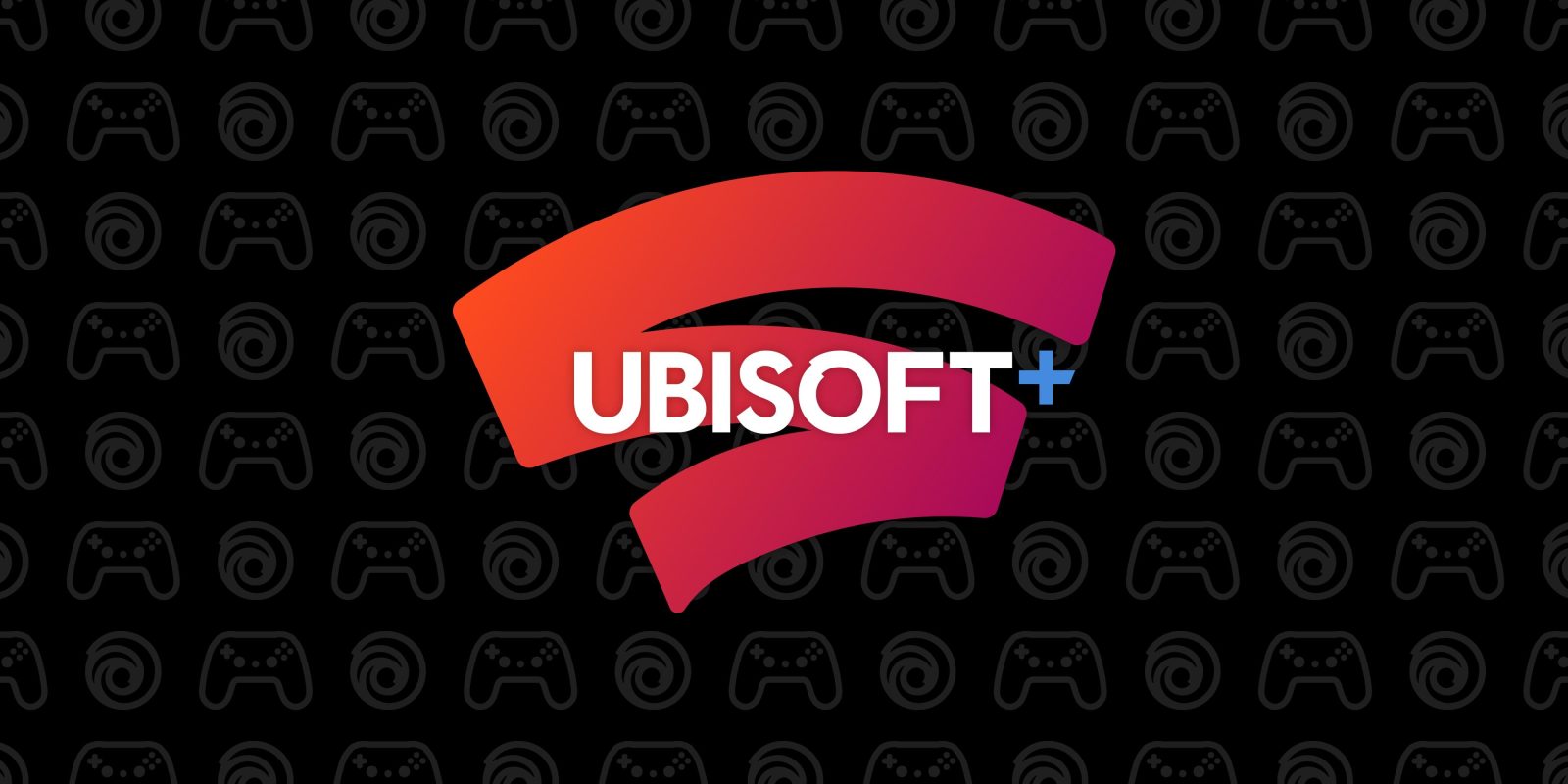 With Google’s focus for Stadia shifting primarily to third-party games, developers such as Ubisoft take on a much more important role for the platform’s future. Today, during its “Forward” event, Ubisoft showed its commitment to Stadia, announcing new games, including Rainbow Six Extraction, a new Avatar title, and more coming to Google’s streaming platform.

END_OF_DOCUMENT_TOKEN_TO_BE_REPLACED

This morning, Ubisoft has announced a variety of new games and expansions coming soon to Stadia and other platforms, including Rainbow Six Siege and For Honor.

END_OF_DOCUMENT_TOKEN_TO_BE_REPLACED

Google Stadia has offered a few “free play” weekends for select games over the past several months. Now, you can play Ubisoft’s Tom Clancy’s Ghost Recon: Breakpoint and WWE 2K Battlegrounds for free on Stadia for a few days.

Ubisoft+ on Stadia: Here’s every game you’ll get for $15/month

The new Ubisoft+ subscription service has arrived on Google Stadia, bringing with it a library of AAA games for a flat monthly cost. Here’s a list of every game available on Ubisoft+ when you’re accessing it through Stadia.

Assassin’s Creed Syndicate, Origins, and Unity arrive on Stadia starting at $9 [U]

With Ubisoft+ now available on Stadia, Ubisoft is rounding out its collection of backlog titles for the platform from hit franchises such as Assassin’s Creed, Watch Dogs, and Far Cry.

Following the massive releases of Assassin’s Creed Valhalla and Watch Dogs: Legion, Ubisoft has one more major release to close out 2020. Immortals: Fenyx Rising has just arrived on Google Stadia among other platforms.

Immortals: Fenyx Rising demo is available for free on Stadia through December 21 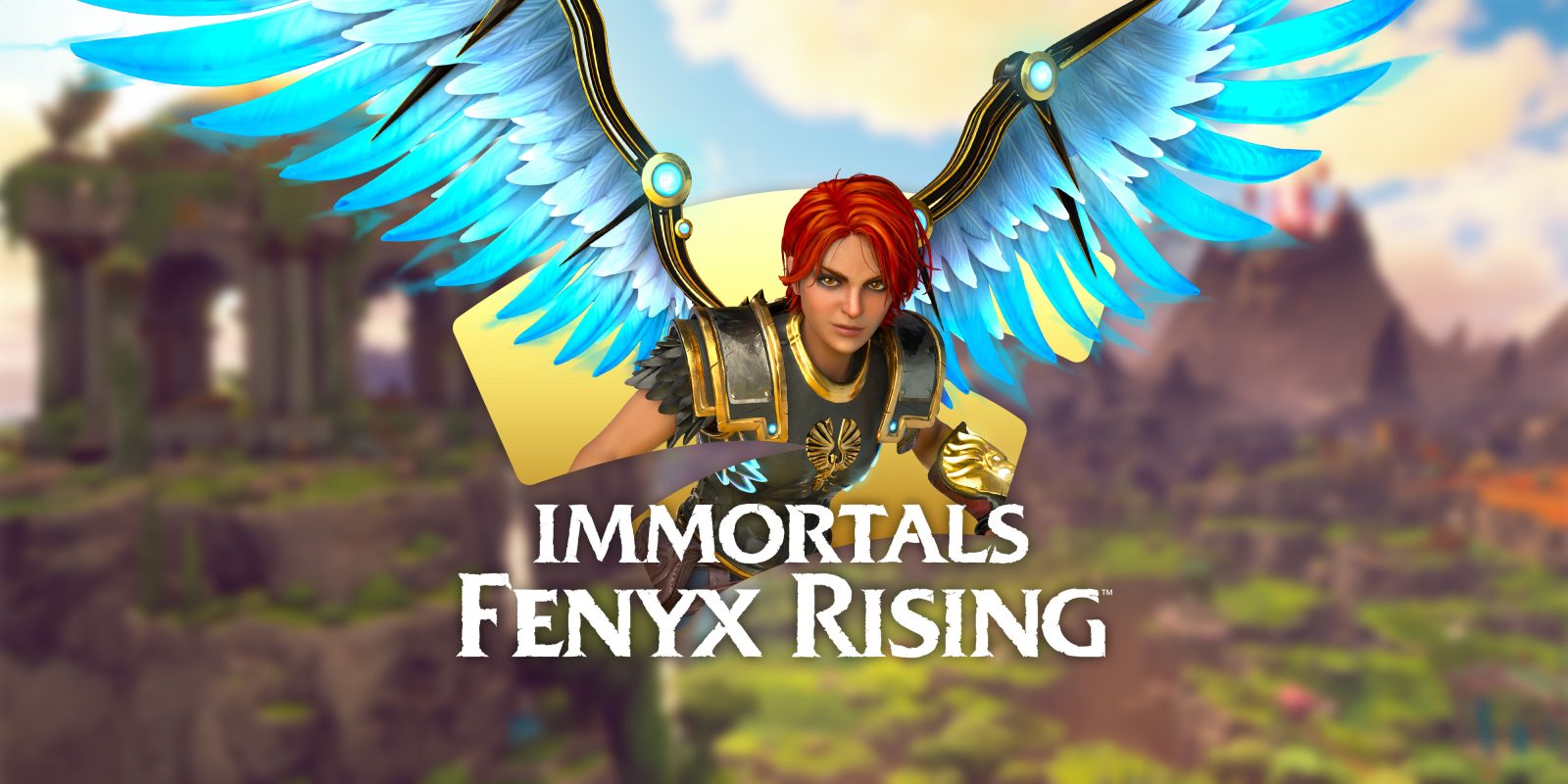 Ubisoft has launched a few major games this Fall, but it has one more major release coming before the year is out. Immortals: Fenyx Rising will launch fully on December 3, but you can now play the game’s demo version for free on Stadia through December 21.

END_OF_DOCUMENT_TOKEN_TO_BE_REPLACED 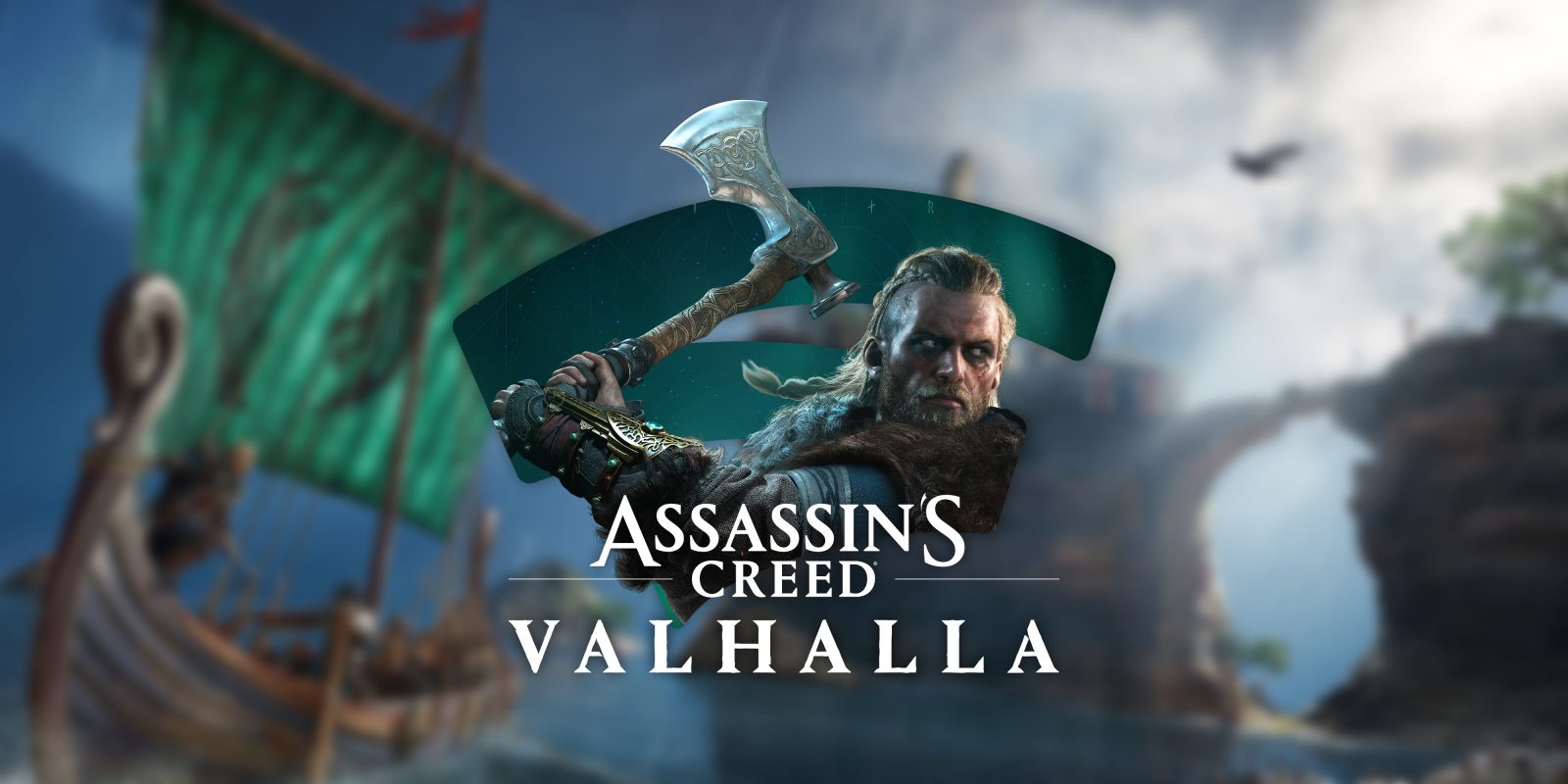 As 2020 finally approaches its end, some of the year’s biggest video games are hitting the market. Today, Ubisoft is releasing its latest installment in the Assassin’s Creed series, the much-anticipated Assassin’s Creed Valhalla, and it’s launching day one on Stadia.

END_OF_DOCUMENT_TOKEN_TO_BE_REPLACED 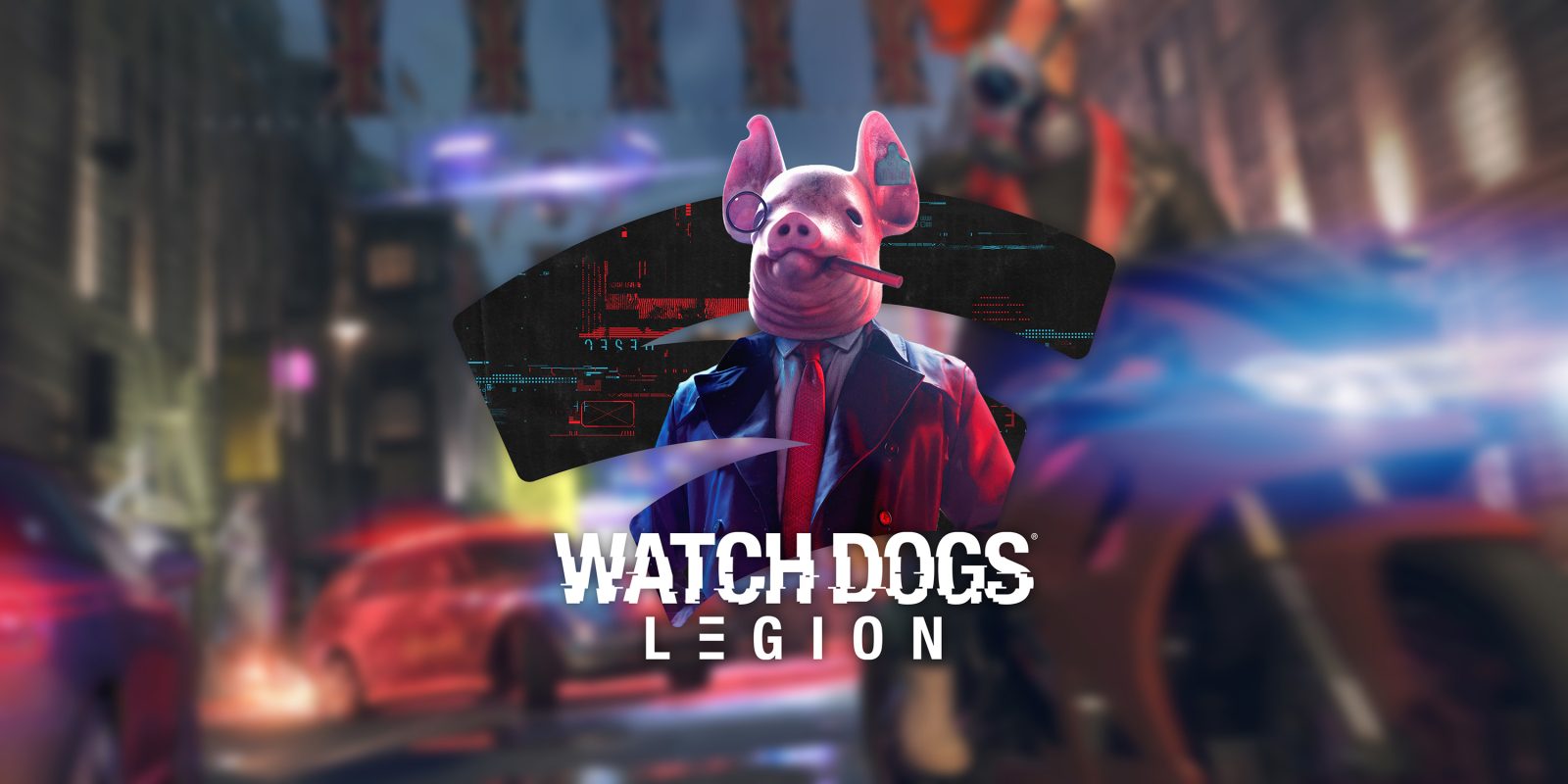 Ubisoft has a few big titles releasing before the end of the year and to kick things off, the latest Watch Dogs game is hitting the scene. Watch Dogs: Legion is now available on Google Stadia.

END_OF_DOCUMENT_TOKEN_TO_BE_REPLACED

‘Ubisoft+’ is the new name of UPlay+, heading to Google Stadia before the year’s end 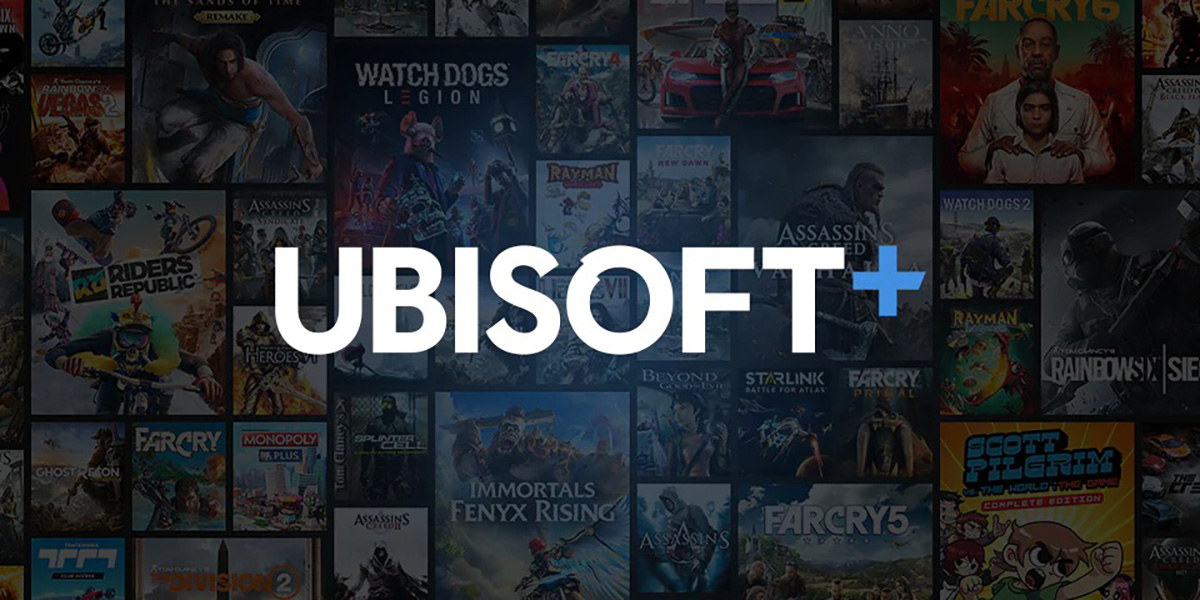 Ubisoft has a ton of killer titles, but getting them all isn’t cheap. For a while, the company has been developing “UPlay+,” a $14.99/month subscription service with access to over 100 games including brand new releases. Now, that service is being rebranded as Ubisoft+, and it finally has a launch date of November 10th — except for on Stadia.

END_OF_DOCUMENT_TOKEN_TO_BE_REPLACED

‘Ubisoft Connect’ brings stats, leaderboards, and more to players on Stadia and beyond

Ubisoft publishes some of the biggest video games in the world and, today, the company is announcing something new. Ubisoft Connect brings player services and a bunch of features for all of the company’s games under a single roof, and it even works with Google Stadia.

Ubisoft has been one of the biggest supporters of Google Stadia to date, and another new game is on its way. In about a month, Family Feud is headed to Google Stadia. 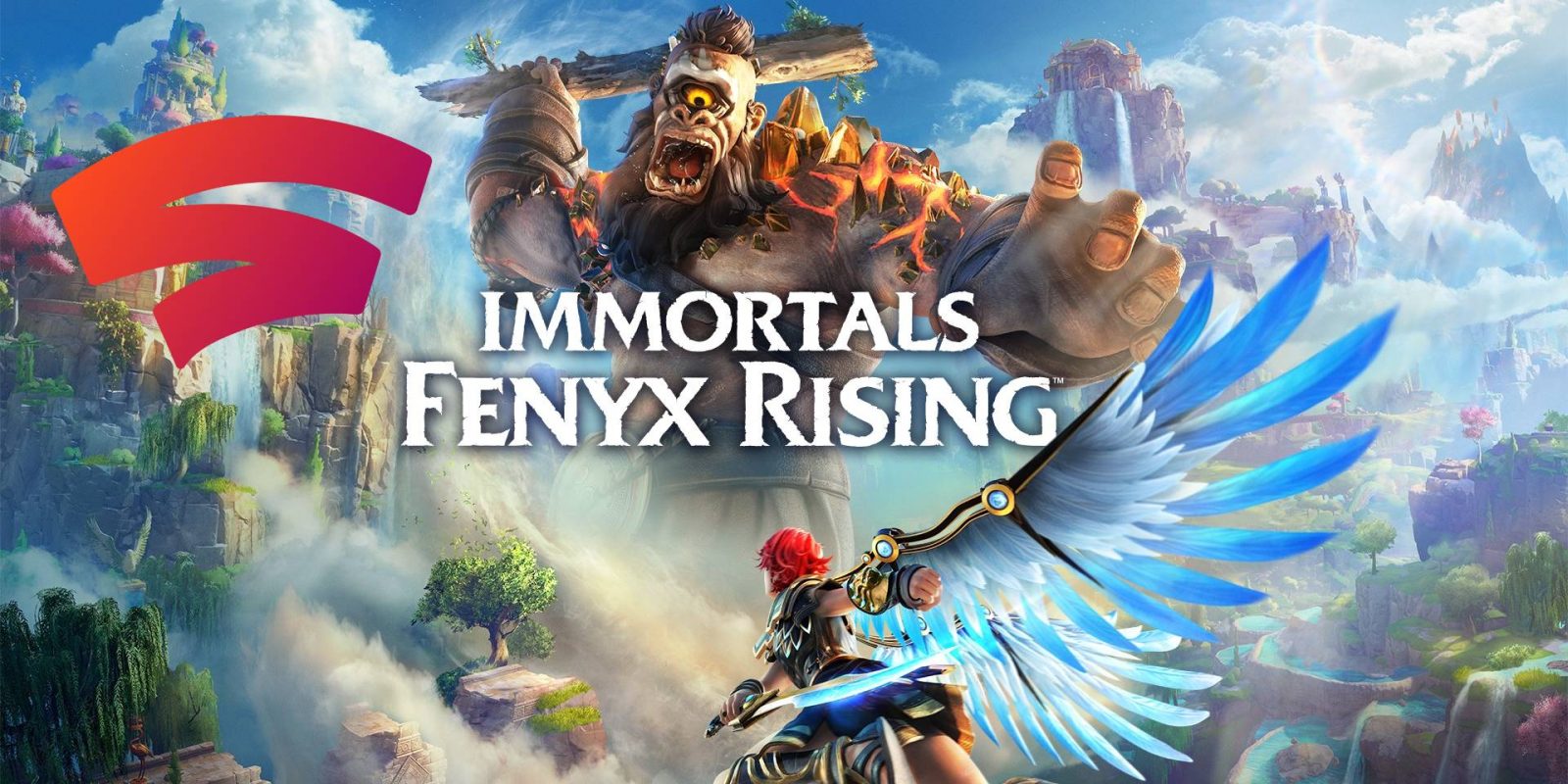 In 2019, Ubisoft showed off a new title by the name of Gods & Monsters. After a lengthy delay, the game is finally releasing on Stadia and other platforms this holiday season under a new name — Immortals: Fenyx Rising.

END_OF_DOCUMENT_TOKEN_TO_BE_REPLACED

Far Cry 6 is coming to Google Stadia in February

Ubisoft has been one of Google’s biggest partners for Stadia and, today, the company announced that one of its upcoming titles, Far Cry 6, would be making its way to Stadia alongside other consoles. 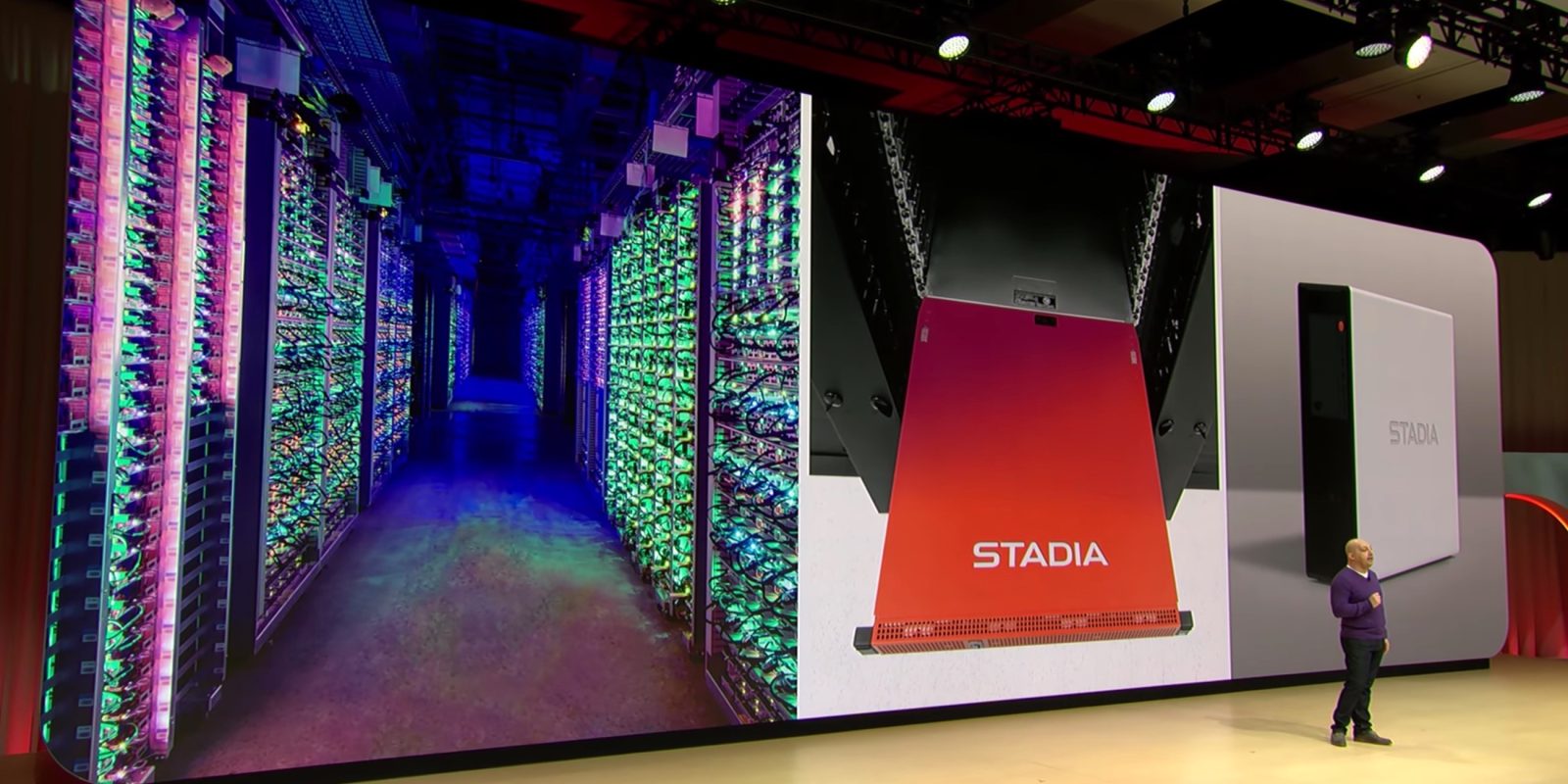 Ubisoft is one of Google’s major partners when it comes to providing streaming content. During its fiscal year 2020 earnings call today, Ubisoft provided a quick update on Stadia’s performance, and how the studio is taking advantage of the cloud for development amid COVID-19 and WFH.

END_OF_DOCUMENT_TOKEN_TO_BE_REPLACED 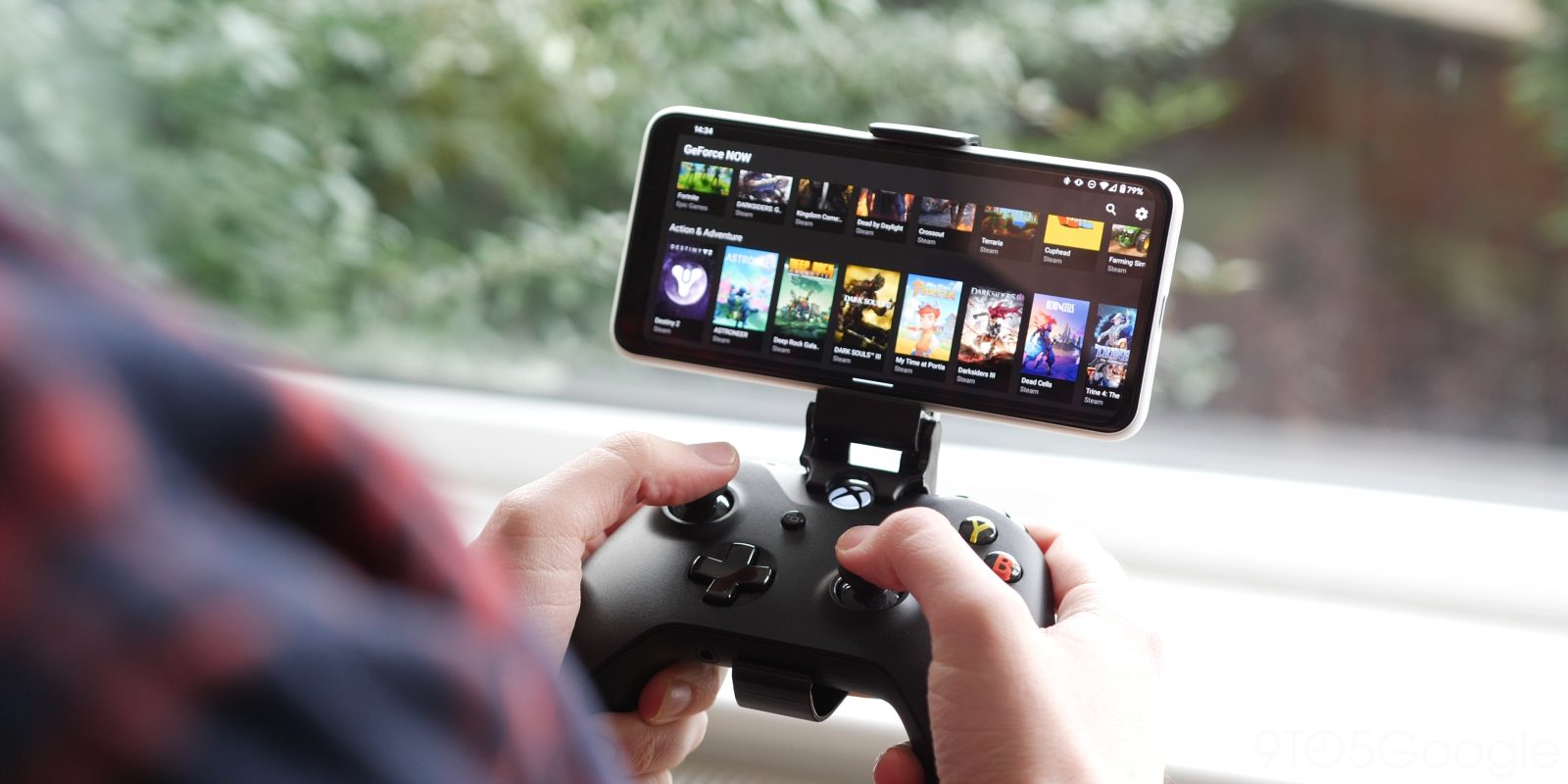 Nvidia’s GeForce Now seemed like the game streaming service that ticked all the right boxes, but a couple of months after its launch, the story is very different. After countless games were stripped by developers from the service, Nvidia GeForce Now is going to be completely free through June. At the same time, Ubisoft is pledging full support for the platform.

END_OF_DOCUMENT_TOKEN_TO_BE_REPLACED 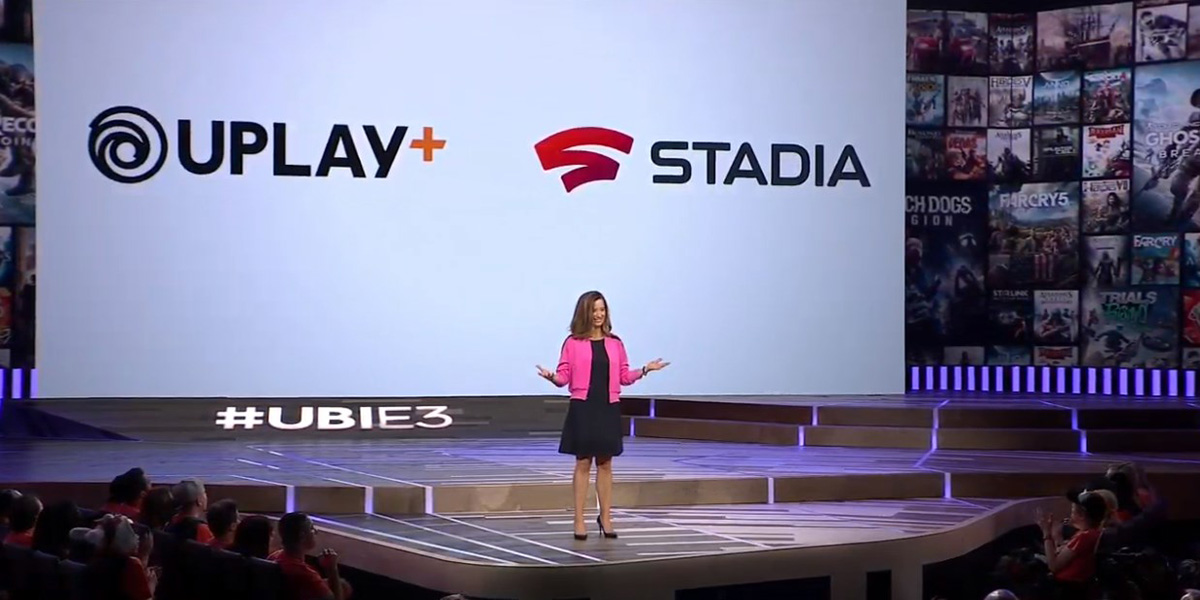 Google Stadia has a fairly solid launch lineup of big titles, but that’s going to get a big upgrade in 2020. During its E3 press conference, Ubisoft confirmed that its Uplay+ subscription service will be coming to Google Stadia in 2020, bringing over 100 games with it.

END_OF_DOCUMENT_TOKEN_TO_BE_REPLACED 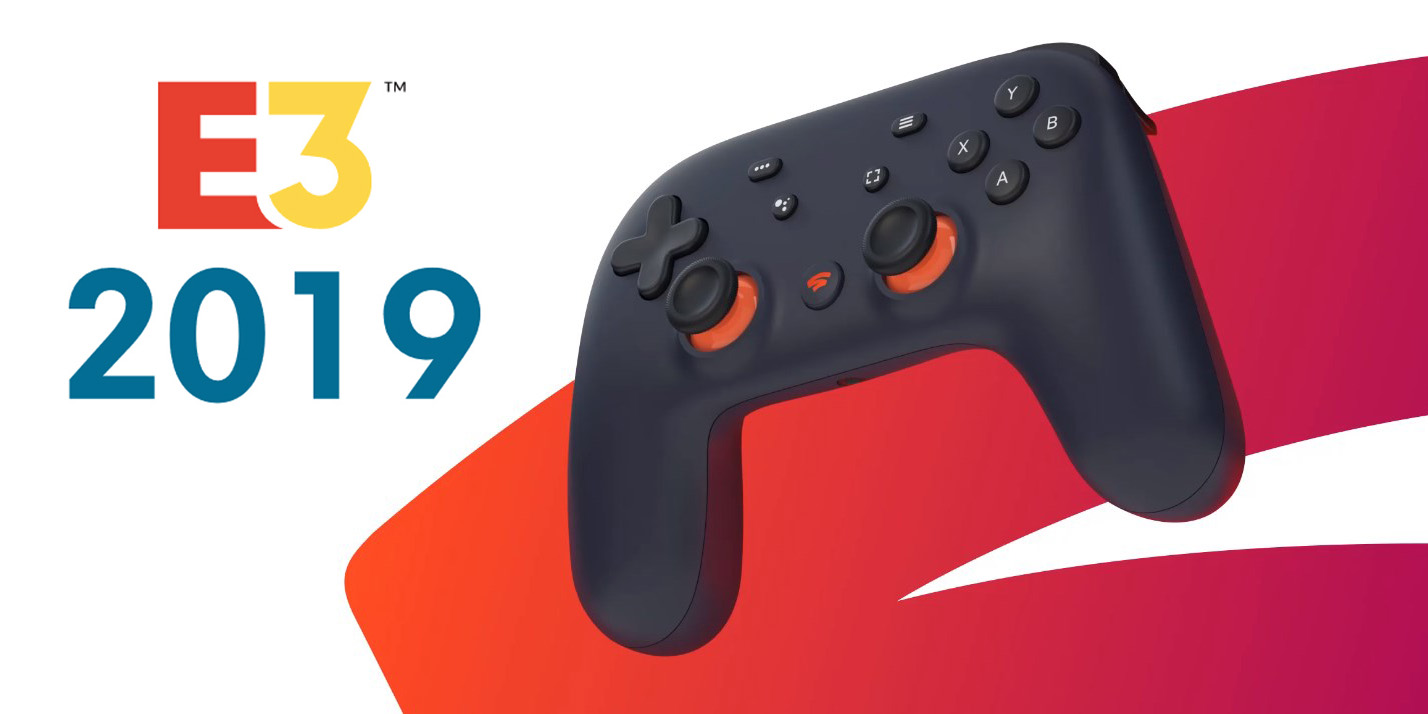 END_OF_DOCUMENT_TOKEN_TO_BE_REPLACED

Google and Ubisoft have today announced Agones, an in-development game server hosting project. Agones, which appropriately means “contest” in greek, is powered by Google-made Kubernetes, which is an open source system “for building complex workloads and distributed systems.”

Ubisoft’s ‘From Dust’ videogame comes to Chrome browser in April

Ubisoft unveiled the above teaser for the critically acclaimed “From Dust” videogame by Creative Designer Eric Chahi and announced it is coming to the Google Chrome browser next month.

“Chrome users will be able to play a High-End console game within their very own Google Chrome browser,” contended Ubisoft, the game’s developer.