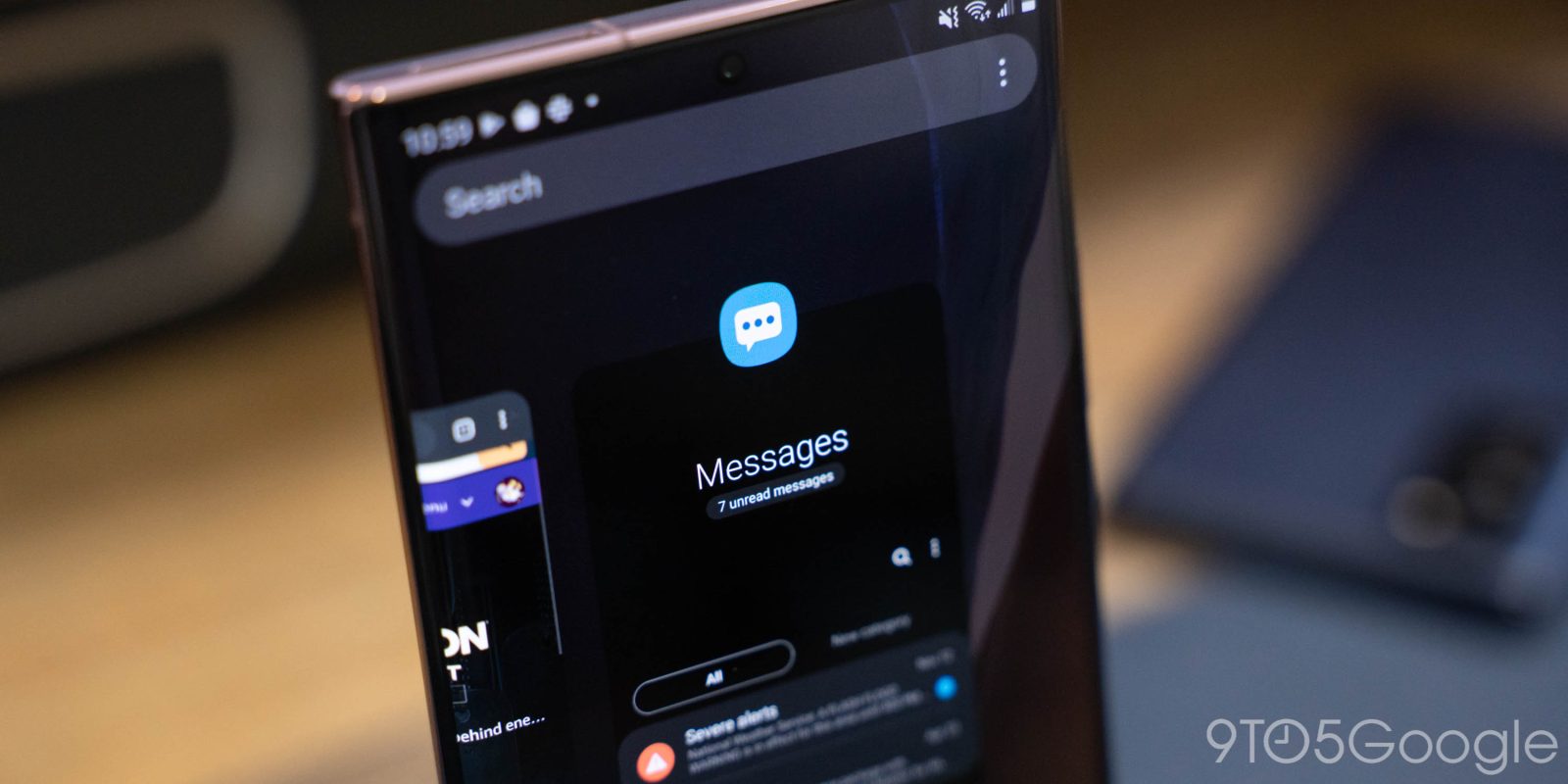 RCS is the next big step in messaging, but carriers have delayed the transition time and time again, to the point where Google took its own step to roll out RCS to every Android phone in the world through its own app. Now, Google’s RCS rollout is expanding to a second app, Samsung Messages.

Samsung Messages is the default SMS app on Galaxy smartphones and has long supported RCS and the Universal Profile, but only if the carrier supported the new standard.

Now, some users are seeing Google’s RCS rollout in their Samsung Messages app, as the folks over at XDA spotted. Samsung first announced this in April, but it’s taken the better part of 2020 for the functionality to start rolling out for users.

Just like in the Google Messages app, RCS Chat in Samsung Messages first appears with the pop-up pictured below (via Reddit) that requires users to agree to the terms of using the feature. From there, Chat is supported between that user and any other phone number that is also registered for the Universal Profile, whether that’s using Google’s RCS rollout or one from their carrier.

So far, it doesn’t appear that this functionality is rolling out on a very wide basis, but it’s still great to see things kicking off. After all, Samsung is the biggest Android brand on the planet, and frankly, most users don’t ever change their default messaging app. We’ll update this article when the rollout expands.