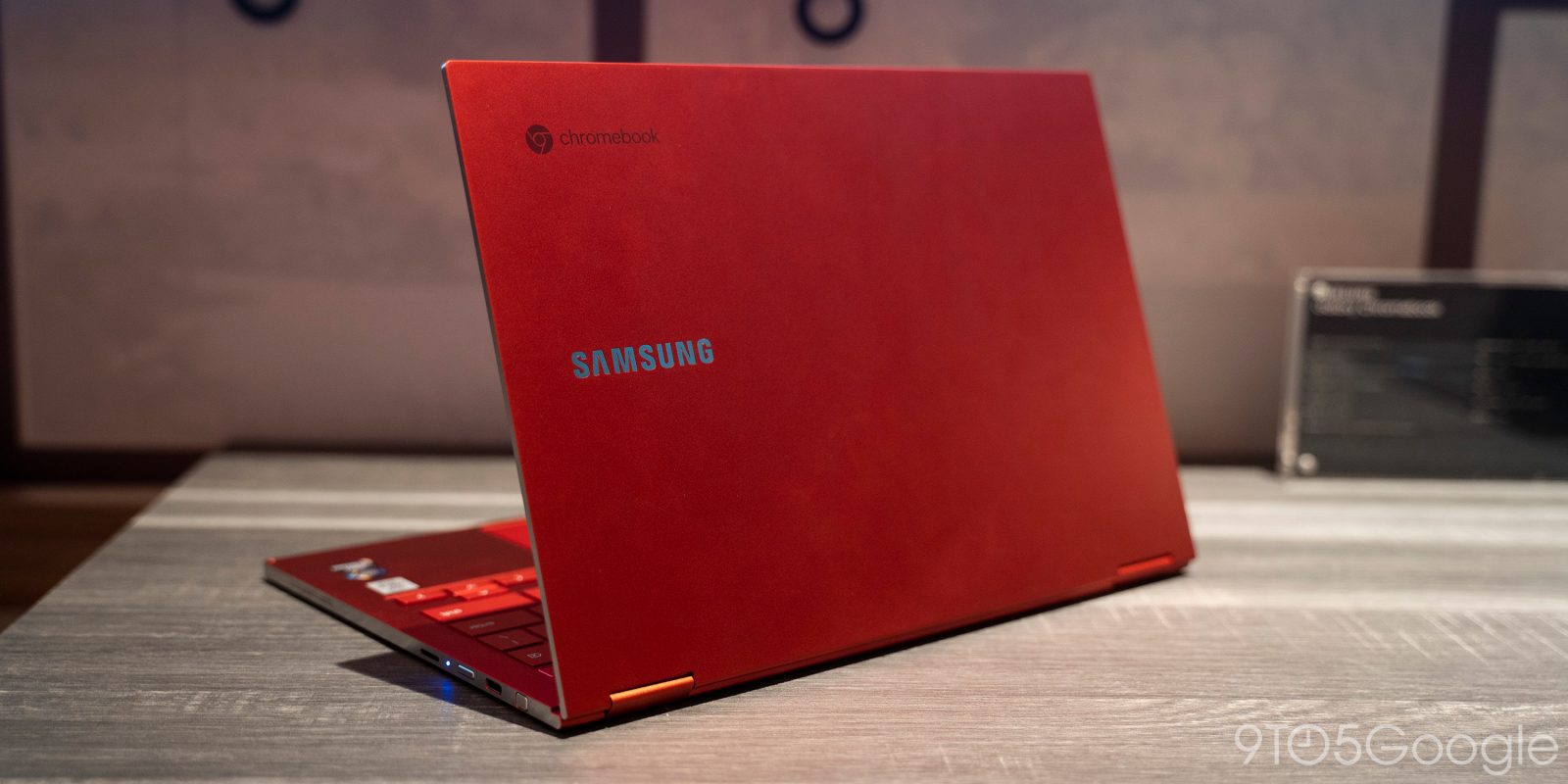 At the start of this month, a rumor suggested that Samsung was working on a follow-up to the premium Chrome OS device that it announced in January. A render of the Galaxy Chromebook 2 has now leaked and leaves little to the imagination.

Evan Blass today shared a render on Voice of the Galaxy Chromebook 2 with Samsung again opting for (“Fiesta”) red and (“Mercury”) gray variants. The former looks slightly more orange here, while the color extends to the side rather than using a separate shiny silver. This should make the units less prone to scratching.

The bezels around the screen — save for the bottom — continue to be very minimal, with the top half still quite thin. This unsurprisingly remains a two-in-one with touchscreen and stylus menu visible in the Chrome OS shelf. The Canvas app is also visible, with updated Google Workspace icons shown.

We get a good look at the left-side port configuration of USB-C, 3.5mm headphone jack, volume rocker, and microSD card slot. The other side sees another USB-C port, but the rest is obscured in a rework from the original. On the design front, we also see that the corners of the palm rest are quite blocky.

That left gray unit, in its downward-facing keyboard configuration, notably shows a long grill facing the back of the computer that could possibly be for heat dissipation. This could hint at what processor Samsung is opting for in 2021.

Today’s official-looking render does not provide any specifications for the Galaxy Chromebook 2, but that’s likely coming sooner than later at this point. A January announcement would certainly line up with last year’s schedule.