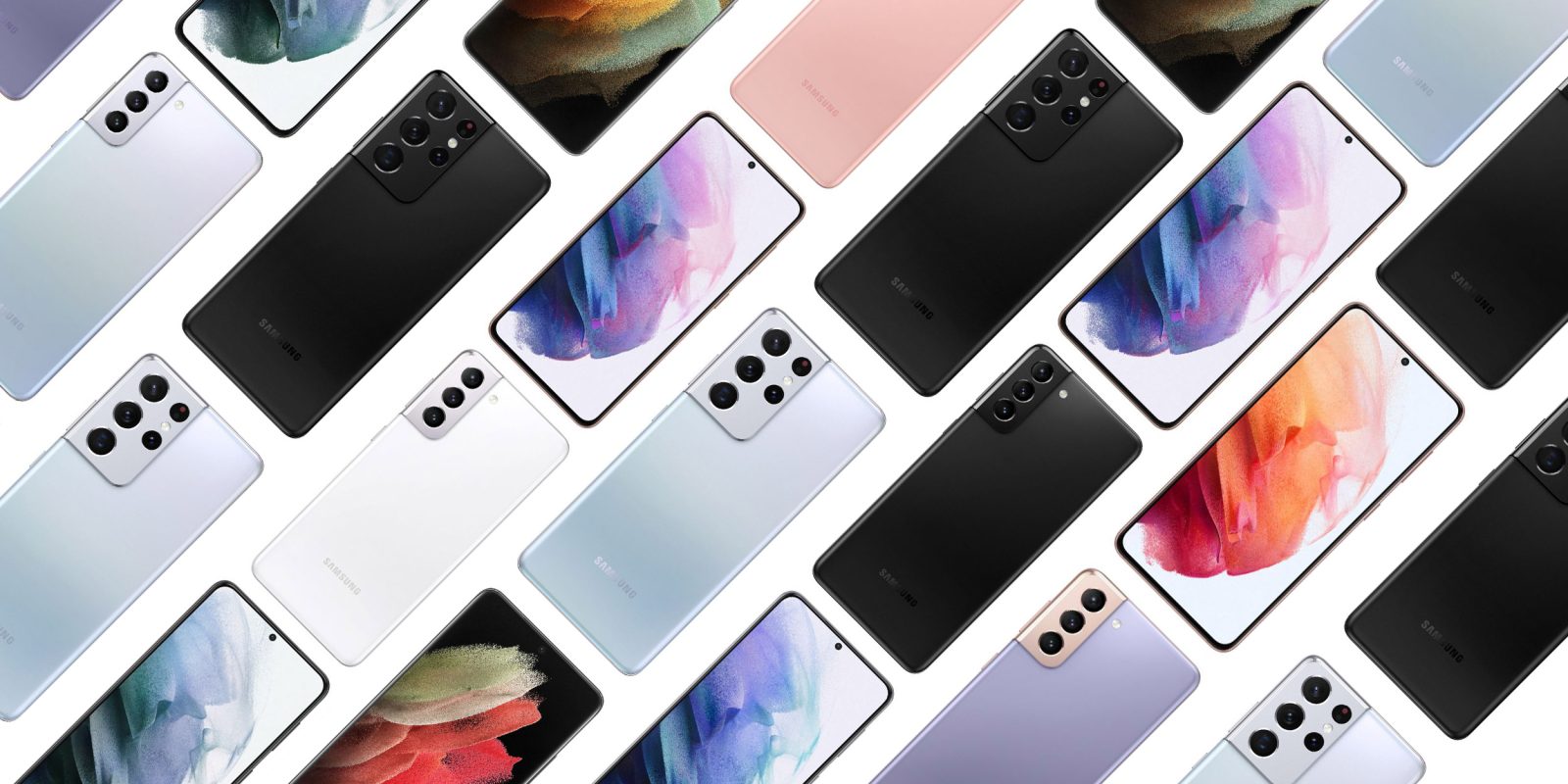 While 2020 might have been a year to forget for obvious reasons, 2021 looks a lot brighter. With rumors of a proposed Unpacked event planned for early January, Galaxy S21 series leaks are reaching a tipping point.

The upcoming flagship series is coming earlier than ever before, and there isn’t much left to learn ahead of this proposed Q1 launch period. You might have seen every leak or rumor thus far, but let’s lay it all out in an easy-to-digest format so that we’re all in a clearer position way ahead of schedule.

Given that the Galaxy S20 series hasn’t really lit up sales charts and the Note series days are also looking numbered, the Galaxy S21 series is going to be a huge release for Samsung. Heck, the rumor mill for the S21 fired up shortly after the Galaxy S20 launched midway through 2020. The first concrete evidence didn’t arrive until just a few months ago, though.

An earlier than previous years’ launch event might have messed up your personal upgrade cycle. Heck, you could simply be hoping for something groundbreaking or interesting after a year of modesty in the smartphone space — save some of the interesting foldable developments.

As with almost all flagship Samsung smartphone lines, there is no doubt that the Galaxy S21 series will be among the most recognizable and marketed in the Android space. To many non-tech fans, Samsung is synonymous with Android when our favorite mobile OS is spoken about. Just what can we expect to see at the first Unpacked event of 2021? Let’s piece it all together to help you get a better overall picture.

While the design of a smartphone is often subjective, Samsung has carved out a reasonably solid path for the Galaxy S series that skirts a fine line between innovative and attractive. We really didn’t know if the Korean firm would shake up the design too much this time around, but it looks like we’ll see another refined device this time around.

Early rumors suggested that the Galaxy S21 series would potentially ditch some premium materials and even revert to flat displays. The flat display will undoubtedly prove to be a wise decision, as we’re seeing more and more manufacturers drop curved panels in favor of more usable flat panels.

Naturally, you don’t need rumors and tidbits to explain how the Galaxy S21 sizing will work. Like years previous, the base S21 will be the smallest, the S21+ being the middle option, while the largest will be the Galaxy S21 Ultra. They will measure in at 6.2, 6.7, and 6.8 inches, respectively.

The display looks to follow the recent Samsung trend of shaved bezels. Very little device real estate is lost as the AMOLED panel stretches almost to the very edge of the casing. There’s a central punch-hole notch along the top bezel. As far as designs go, it’s just a refinement of recent years. The rear panel of the entire Galaxy S21 series looks to have some little tweaks and alterations.

For the base Galaxy S21, rumors suggest a plastic panel will be used. It’s not entirely clear if the Galaxy S21+ will come with a plastic rear panel, but previous leaks do strongly suggest that to be the case. As for the “high-end” Galaxy S21 Ultra, it looks like it will come with matte glass at the rear. We’re sure this will prove to be a point of contention for hardcore Samsung fans considering that this is a “premium” smartphone series.

Samsung looks to have channeled the “Phantom of the Opera” with its rear camera modules this time around. A strange wrap-around camera notch at the rear upper-left corner will house all of the main camera components.

The weird wrap-around camera bump may look strange, but the Galaxy S21 camera setup solidifies the setup seen with the Galaxy S20 and Note 20 series in 2020. Expect to see that 108-megapixel main sensor again, but only on the Ultra model. All the proposed Galaxy S21 camera specifications and hardware rumors are as below:

We know courtesy of other rumors that the Galaxy S21 Ultra will effectively come with the same setup as found on the superb Note 20 Ultra released in late 2020.

We said that the camera module looked eerily similar to the mask worn by the Phantom of the Opera. Well, Samsung is really leaning into this with the color naming convention this time around. Leaks and renders have effectively confirmed all of the colors coming, and they are all “Phantom” versions of colors we’ve likely seen elsewhere.

The only downside is that it looks like Samsung is going to reduce the number of options available for the Galaxy S21 series. You won’t have quite as much choice if you opt for the larger devices, with the S21 Ultra only coming in two options: black and silver.

Thanks to early leaks, we have a pretty good idea of what the Galaxy S21, 21+, and S21 Ultra will be packing come launch. For those in North America, you’ll be seeing the Qualcomm Snapdragon 888 chipset. This will offer impressive performance gains over previous generations, including the Snapdragon 865.

Those of us in the rest of the world are likely to see the rumored Exynos 2100 chipset within the Galaxy S21 series. A launch date is planned for the latest flagship Exynos chip on January 12, 2021. That is actually two days before the supposed Unpacked 2021 launch event widely touted for the next flagship Samsung smartphones.

Naturally, there are some differences between each of the new handsets, with the Ultra model coming with some notable display and internal bumps. That said, we’d imagine that the S21+ is likely to be the “sweet spot” for most people given the proposed internal specifications.

A recent leak has effectively confirmed the pricing for the entire Galaxy S21 series, leaving much of the intrigue effectively dead — as if it wasn’t already. It’s yet another case of preparing your wallets if you are planning on picking one up off-contract — not that many people do — as we’re staring down the barrel of some inflated entry prices.

At this stage, we have a good idea that Samsung is planning a January 14 launch event for the Galaxy S21 series. Given Samsung’s recent history, expect to be able to pre-order at the close of this likely online-only event, with devices probably available in stores by the end of January 2021. However, that is speculation on our part. With COVID-19 still wreaking havoc on global supply chain networks, we simply don’t know at this stage.

What else can we expect at Unpacked?

Samsung in yet another embarrassing episode? Color us shocked. After chastising Apple for removing the charging brick, the Korean firm looks like it will follow suit and remove it from the packaging on the Galaxy S21, S21+, and S21 Ultra. Just stop doing this to yourself, Samsung.

Alongside three new smartphones, Samsung is also expected to reveal yet more Bluetooth earbuds in the form of the Samsung Galaxy Buds Pro. Think of these as more of a follow-up to the original Galaxy Buds and not the bean-like Galaxy Buds Live. They’ll come with some interesting “Spatial Audio” feature that has been made more prominent by Apple. The updated earbuds are expected to come priced at around $200 in three colors: violet, silver, and black.

What are you hoping to see from the Samsung Galaxy S21?

We want to open up the floor to you: What beyond the leaks and even including the leaks would you like to see come launch day? We are now on a countdown to the as-yet-unknown release to get to see the Galaxy S21, S21+, and S21 Ultra in the flesh for the first time.

Let us know in the comments section what you are hoping (or not hoping) to see from the S21 series. What Galaxy S21 rumors are you excited or disappointed by? Remember to keep it civil.