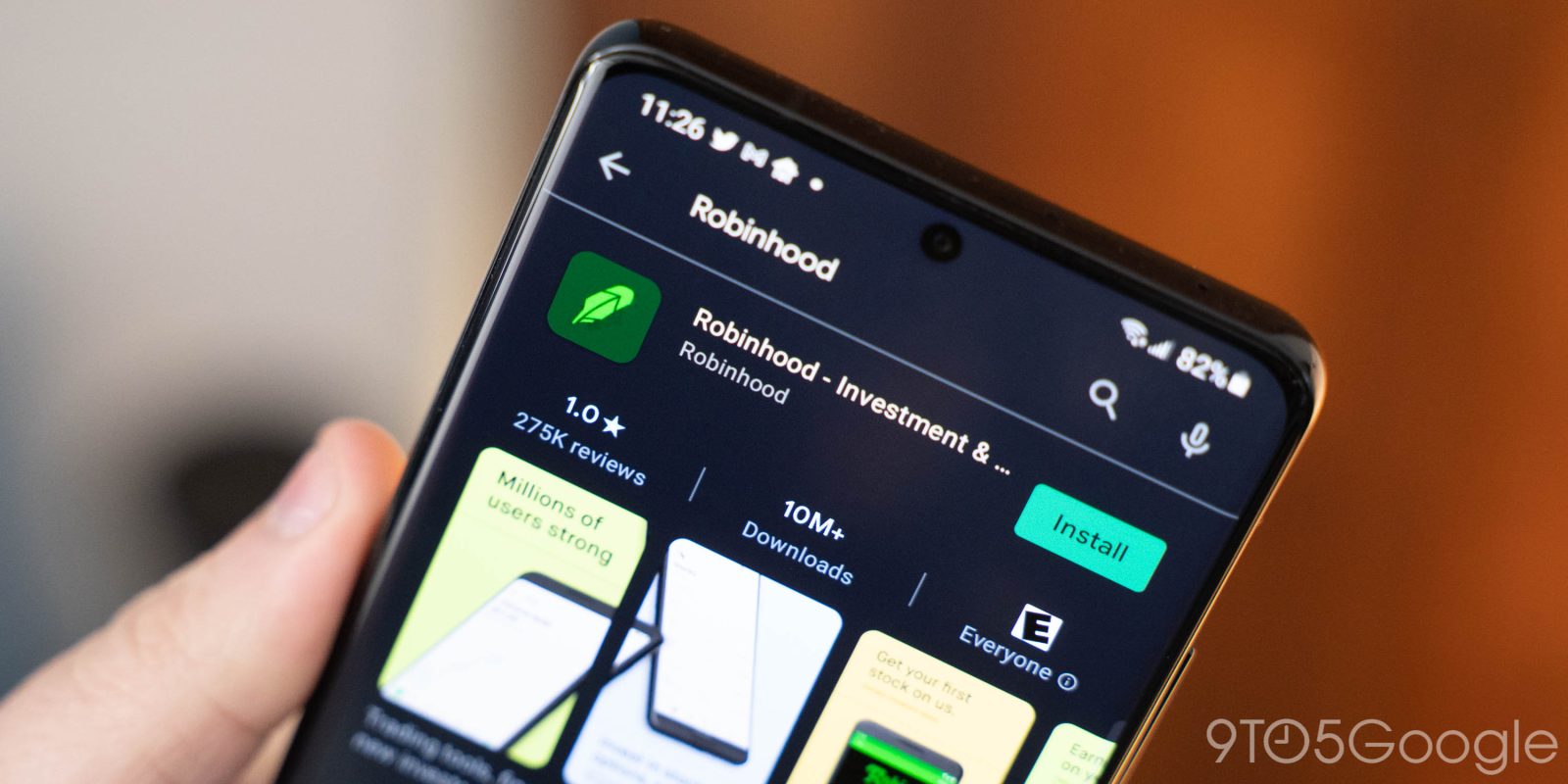 Robinhood is one of the most popular ways for consumers to get in on the stock market, but the app is in some hot water with its users currently. After restricting some stocks today, the Robinhood Android app has been review bombed with thousands of negative reviews.

If you’re not looped in to what’s going on right now, let’s try to give a quick summary. In the stock market, a “short” allows traders to “borrow” a stock to attempt to make a quick profit. A group of Reddit users spearheaded a movement to buy up GameStop and other stocks after noticing that a hedge fund had taken out a huge number of short trades on GameStop. This caused the price of the stock to rise quickly and leave the hedge fund to lose billions of dollars.

As a result of restricting those stocks, Robinhood’s Android app has been bombed with over 100,000 negative reviews, bringing the app’s Play Store rating to just 1-star, down from over 4 stars previously. So far, the iOS app is unaffected, with Apple potentially blocking the review bombs from affecting the overall score.

Update: In the time since this article was posted, Google has deleted thousands of the negative reviews. A quick look makes it appear that roughly 100,000 reviews have been removed, bringing the score back up to about 4 stars over the past few hours.